The New Zealand Building Code offers three pathways for proving durability performance of materials under section B2/VM1 Durability Evaluation. These are History of Use, Similar Materials Tests and Laboratory Tests.

Laboratory Tests can be used to study rate of decay for materials, but their perfomance must be assessed for "relevance to field and service conditions". Thus a correlation is required between accelerated laboratory "test" decay and rate of decay that occurs in service. On the other hand, Similar Materials Tests compare relative decay between two materials, the one being tested against the one with a proven performance.

Below (Figure 1) are results from a Similar Materials Test undertaken by Scion. The controlled conditions provide an environment that enhances decay, to compare relative decay between species in an accelerated time frame. Absolute rate of decay is not important, what is important is whether the relative durability of the test material exceeds that for a "reference material", i.e. one with a proven level of performance.

What is important to understand is that the accelerated decay Similar Materials test in Figure 1 provides no data on rate of decay for framing in service:

This test was designed to compare relative performance of materials, so was not a Laboratory Test under clause B2 of the building code, because there is no correlation with service conditions. That is, "proof of performance" does not take into account "relevance to field and service conditions". Rate of decay is only relative to another material, and there is no relationship with what occurs in service (i.e. absolute rate of decay). Indeed, the researcher who undertook the test above, Mick Hedley, stated that "while relative rates of decay in laboratory tests are reasonably easy to determine, absolute times under real-life conditions are considerably more difficult" (Hedley et al. 2010).

Heartwood for larch, lusitanica cypress, macrocarpa and Lawson cypress are all naturally durable acceptable solutions for use as framing under NZS 3602:2003 Timber and Wood-based Products for Use in Building. They were included in the standard by virtue of their long History of Use as framing and well proven service performance without failure under framing exposure conditions. These are all therefore reference materials suitable for Similar Materials testing under clause B2/VM1 of the building code. Based on the results above (Figure 1) the relative performance of Douglas fir is slightly lower than for larch, so would fail the Similar Materials test with larch as the reference material.

What is also clear above is that the relative performance of radiata heartwood was very poor compared with larch heartwood. Consistently over the duration of the test, larch heartwood took four times longer to reach the level of decay attained by radiata heartwood. This framing test verified the poor performance from radiata heartwood relative to other species, vindicating its earlier removal from NZS 3602 in 2003 based on catastrophic failures in service, while larch was retained. To reiterate, this test (Figure 1) compared the relative durabilities of these "similar materials" and did not consider in-service (absolute) durability performance.

Only the Laboratory Test method can pass or fail a material based on absolute performance criteria (such as length of time and residual condition). Under building code clause B2/VM1, the Laboratory Test can verify durability performance by assessing the relevance of the test to field and service conditions. Laboratory tests would therefore need to correlate test decay with in-service decay, but this requires a performance threshold. Unfortunately, no performance threshold exists (e.g. "duration of wetness") in clause B2 of the building code for enclosed timber framing that gets wet and stays wet. The only benchmark we have is a minimum of 50 years in service for framing.

The level of boron (0.4% Boric Acid Equivalent BAE) required for H1.2 framing was set by the regulator in 2003 at double the level required to inhibit decay (Jeanette Drysdale, pers. comm). By default this is acknowledgement that boron treated timber has different degradation mechanisms to naturally durable timber and is therefore not a Similar Material under B2/VM1 Durability Evaluation. Indeed, the level of boron in H1.2 solid timber framing (0.4% BAE) was set without in-service performance data to support the prescribed level of preservative. Instead, sufficient redundancy was built in to ensure the treatment was reliable under service conditions where leaching might occur (the H1.2 hazard class).

Ten years later the H1.2 boron treated timber was in good condition (over 8/10) while the untreated pine had completely decayed in 4 years under the warm, moist test conditions.

What this Scion "framing test" actually shows is that the method does not account for leaching. Indeed, the protocol only requires that samples "shall be periodically sprayed with water to maintain the wood moisture content at a level suitable for decay to progress" (AWPC 2015). Leach rate, although potentially the most important variable influencing rate of decay for boron-treated timber in service, is not controlled for under the Scion framing test. Yet boron preservative is higly mobile and leachable.

Boron will continue to preserve wood until the level is no longer sufficient (below 0.2% BAE). In the above example (Figure 2) decay does not occur for a considerable period of time, suggesting a very low leach rate. That's okay for comparing relative durability of materials that are indeed similar, such as boron treated poplar framing with a boron treated pine framing reference. But what about untreated timber?

Natural durability is not leached. In an enclosed framing environment where wood becomes wet and stays wet, naturally durable timber will not be subject to increased degradation while water infiltration continues. Once the wood reaches moisture saturation point, additional moisture has no effect on rate of decay. In contrast, boron will continue to leach with additional infiltration of water and the faster you leach boron from treated timber, the sooner it will decay. Leach rate would confound tests that attempt to compare boron-treated H1.2 framing timber with naturally durable timber. These are not Similar Materials because under B2 the materials have different "degradation mechanisms".

The Scion Framing test, as a similar materials test, cannot be used for removing an existing acceptable solution from NZS 3602, because the listed species are the reference materials. These species therefore provide the Similar Materials test performance benchmark. In the absence of evidence clearly demonstrating premature decay in service, the only method available for determining suitability of current acceptable solutions for framing (cypress and larch heartwood) is the Laboratory Test.

For a Laboratory Test to be devised for enclosed framing, leach rate of boron (as a "degradation mechanism") would need to be quantified for field and service conditions so that H1.2 timber can be tested.

There are two important conditions that can induce leaching of boron from framing timber in service:

Yet surprisingly, I'm not aware of any in-service research undertaken by Scion to date to study durability performance of H1.2 boron-treated enclosed framing under different leach rates, despite water infiltration being the most important degradation mechanism. Indeed, laboratory test performance comparisons are neither practical nor possible until a "reasonable" in-service leach rate is settled on for a leak into enclosed framing. Research that quantifies in-service leach rates for enclosed framing according to rainfall and leak type is a crucial prerequisite for developing the laboratory test.

There are two other prerequisites for development of Laboratory Tests:

So do Laboratory Tests need to be developed? Growers need to be able to verify their species as having a proven level of durability for use as enclosed framing, a level that meets the requirements of New Zealand's performance-based building code. This can be achieved via Similar Materials tests. However, similar materials tests cannot be used for removing species that are already acceptable solutions, because reference materials cannot fail the test, they are the benchmark for the test.

So what is an acceptable level of durability for timber framing? Only the regulator can make that call. This puts the grower in a vulnerable position where the regulator might "change the rules" and shift the benchmark. I would suggest that test methods must be objective, equitable and stand the test of time. Growers deserve no less because it takes decades to grow trees and the investment in those trees is significant.

The demand nationally for carbon credits comes largely from industry based fossil fuel emitters who are required to purchase around 45 million credits annually for surrender to the Crown.  For example the oil companies along with say Genesis Energy that burns fossil fuels at the Huntly power station are required to offset all their emissions by purchasing the equivalent amount of carbon credits for every tonne of coal or litre of fuel burnt. This cost in turn is passed on to the consumers power bill or payment at the petrol pump currently costing you an extra 9 cents per litre. Just like the tax on tobacco an increased tax aims to create a change in behaviour.

Forest plantation owners can receive credits issued by the Crown relating to the amount of carbon sequestered from a component of their plantations. On average radiata pine sequesters 30 tonnes of carbon per hectare per year. Sold at today's price of $43.50/tonne the annual return amounts to $1,300 per hectare. Just like the historic price of tobacco the Climate Change Commission has advised that to change the behaviour of fossil fuel consumers the price of carbon needs to increase to $140 per tonne by 2030 and $250 per tonne by 2050. This in turn incentivises farmers and investors to establish further new forests.

Farm foresters with plantations established on new land over recent years will make spectacular returns from the carbon sequestered. FFA members contemplating establishing new plantations are doing so in a unique environment that could return to them an equal amount via the sale of carbon credits as to what they may receive at the end of the rotation from timber production. Unlike the previous ETS rules the carbon credits received do not have to be returned at harvest.

Unfortunately, because very little new forest area has been established since the planting boom of the 1990s this means very few carbon credits are being generated that are in turn available for purchase by emitters seeking 45 million units annually. As such the government has become a seller of carbon credits via printing and auctioning. This is generating around $1 Billion annually for the government coffers that is thankfully being spent on initiatives to reduce NZ's emissions as recently launched by the Minister for Climate Change James Shaw.

Has the ETS had the desired effect of reducing emissions since its introduction in 2008? No – quite the reverse. Will the ETS (versus industry initiatives and well targeted policy) be the driver to lower New Zealand’s emissions in the coming years? Highly unlikely.

For those who have had the foresight to establish new plantations in recent years or are in the process of doing so; you are making a valuable contribution to increasing New Zealand’s forest sink - may the ever increasing price of carbon reward your endeavours – make hay while the sun shines! 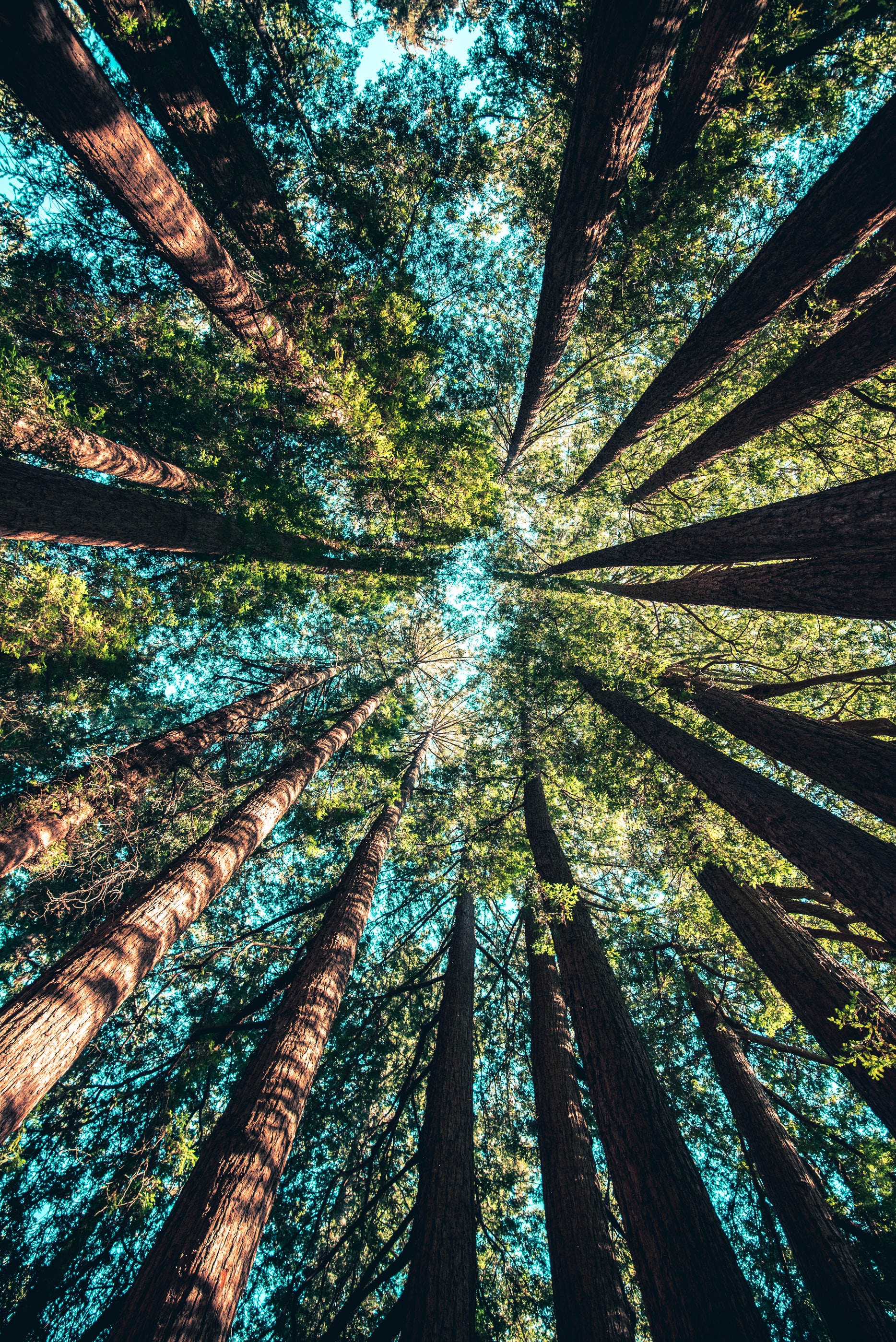