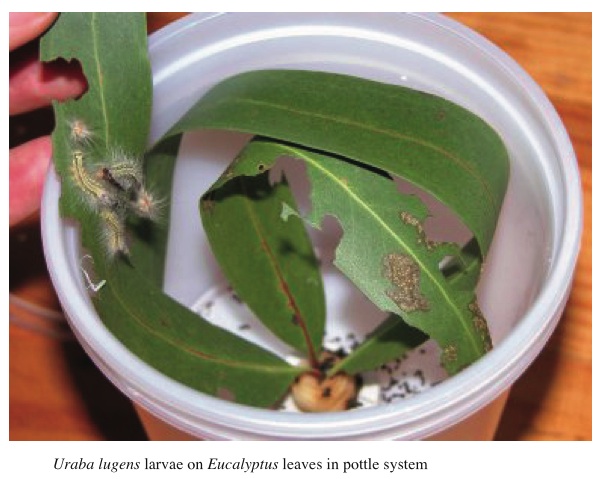 Controlling herbivorous insects on amenity trees in urban settings can pose special challenges for insecticide application. These trees are frequently found in situations where tree size, proximity to sensitive areas, and difficulties of machine access limit the use of traditional ground-based spray applications. Control techniques must be safe, effective, and preferably unobtrusive. The options are either aerial application or vascular pesticide injection involving translocation of the insecticide from near ground-level to the leaves. Stem injection addresses most of these challenges.

Uraba lugens (gum leaf skeletoniser) is an Australian species that is well established in the greater Auckland region with a few records in Waikato and the Bay of Plenty. It causes considerable defoliation to Eucalyptus and Lophostemon spp. and a few other tree species and is the subject of a biological control programme involving the importation of parasitoids from Australia (see FH News 169 January 2007). An additional problem is that the larvae of U. lugens have urticating hairs that can cause quite severe skin rashes on some people. 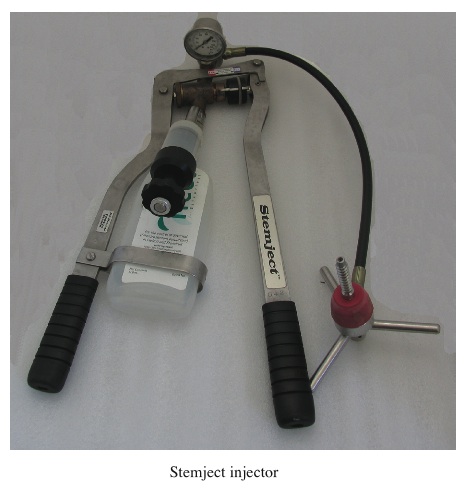 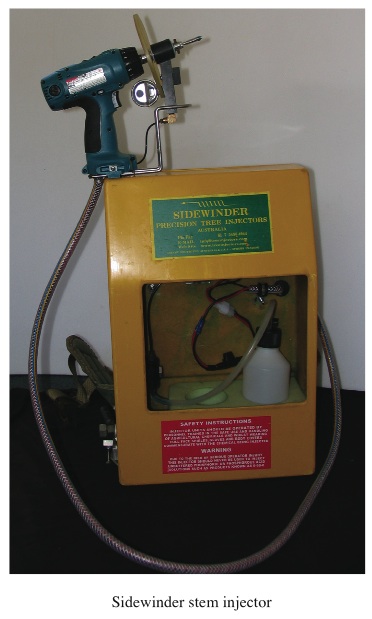 Stem injection trials using a variety of insecticides have been carried out on various species of eucalypts to test how well the insecticides were translocated to the foliage, and to measure the mortality rates of Uraba lugens larvae. Stem injections were done by “forced low-volume injection”, using either a Stemject or a Sidewinder injector. Each tree was injected at a single point as close to the ground as possible and active ingredient rates were calculated as a function of tree diameter. Rate ratios were kept between 0.5 and 5.0 ml/10 mm dbh. At various time intervals after injection, foliage collected from the trees from a height of 5 m was tested in bioassays using U. lugens larvae in a “pottle system”. The stem of the foliage was held in water in the lower container and separated from the upper container by a dense paper towelling bung. The test larvae were placed on the foliage. The key findings of this trial were that methamidophos was translocated to leaves at lethal rates within 15 days after injection, maintained lethal concentrations for up to 2 months, and resulted in larval mortality rates above 90%. None of the other insecticides tested delivered consistently satisfactory control of U. lugens when applied using stem injections, although when applied at recommended application rates as conventional foliar sprays they did prove effective. Further stem injection work is planned with different insecticides and formulations.