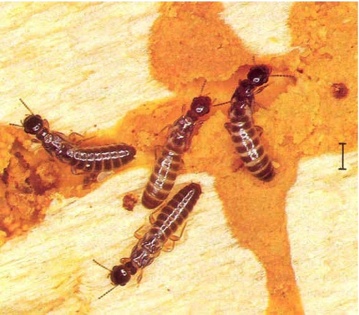 Fig. 1 - Reproductives of Stolotermes ruficeps which have shed their wings.

Distribution
Stolotermes ruficeps is a native insect which occurs throughout New Zealand, principally in forests.

Stolotermes inopinus is also a native insect that was first recognised in 1969 from specimens collected near Eastbourne (Wellington). It has subsequently been found at Whangarei, at Tangiteroria near Dargaville, in Woodhill Forest near Helensville, in Waipoua Forest Northland, Santoft Forest (Manawatu) and Mohaka Forest (Hawke’s Bay). Less is known about this species than S. ruficeps.

Economic importance
Only occasionally has Stolotermes ruficeps been recorded as attacking timber in use and then only under damp conditions. Sound timber is damaged only when it is adjacent to decaying material. Pine logs with termites in branch stubs have to be refused export unless they are fumigated immediately before shipping. Stolotermes inopinus is likely to be of similar slight economic importance.

Description
The constitution of the colony and castes of Stolotermes ruficeps and Stolotermes inopinus are the same as for Kalotermes brouni (Milligan 1984), and all three species may occur together in the same log. Both Stolotermes species can be found in dry through to very moist woods.

Winged reproductives of Stolotermes ruficeps (Fig. 3) are dark brown to black and about 12 mm in length. The head is almost spherical and bears moderately long, slender antennae. The segment immediately behind the head is narrower than the head. The wings are dark, about twice as long as the body, and are folded flat over the abdomen when at rest. Nymphs resemble the winged reproductives except that they are white to pale yellow and, in their later stages of development, have external wing buds rather than wings. Fully grown nymphs are 8-9 mm long. Soldiers (Fig. 4) have oblong-shaped heads which are orange at the rear but distinctly darker at the front, and two fifths as long as the body. Their jaws are about one-third as long as their head. Soldiers do not have wing buds.

The winged reproductives (Fig. 3) and soldiers of S. inopinus are similar in appearance to but much larger in size than S. ruficeps.

Life history and habits
Winged reproductives of Stolotermes ruficeps swarm in autumn, but very few (no more than about 3%) appear to fly further than 30 m. Most shed their wings immediately and move to shelter in cracks and holes in the log from which they emerged (Fig. 1).

To cast a wing Stolotermes ruficeps throws it forward over its head so that the wing bends or breaks along the basal line of weakness, and then brushes it off by turning round and round, or rubbing up against nearby objects. The same method is used for each wing in turn and all are discarded within a few minutes. Whereas Kalotermes brouni reproductives may fly and land several times before shedding their wings, Stolotermes ruficeps reproductives usually cast their wings soon after the first flight. There appears to be little pairing of the sexes before attempts to re-enter the wood are made. New colonies are formed when a male and female enter suitable material by the same crack or hole and mate. The pair extend their workings and the first eggs are laid in the following spring. Eggs take 33-35 days to hatch.

The first nymphs to emerge are fed by the parents, and later start to function as a worker caste. They extend and maintain the galleries, pack faecal pellets into abandoned parts of the workings, and feed younger nymphs, soldiers, and the queen. The workers also occasionally construct surface tunnels or tubes of cemented soil, faecal pellets, wood particles, and other detritus to protect themselves when passing from an established colony to new feeding grounds.

A colony usually consists of between 50 and 250 termites, most of which will be nymphs, but if the host material is suitable a colony may grow to about 3000 individuals and subcolonies connected to the initial one may be formed. Growth of a colony may continue for three or more years before any mature nymphs complete their development to winged reproductives and swarm.

The development of colonies of Stolotermes inopinus is similar to that of Stolotermes ruficeps, and both species have been studied in detail at Woodhill Forest (Thorne and Lenz 2001). In that study, one colony of S. inopinus in a Pinus pinaster log included nearly 6000 workers. Colony size for both species is dependent on the available resources in the log, as these termites do not leave their colony to gather food.

Control
Since these insects are of little economic importance, no control measures are needed.