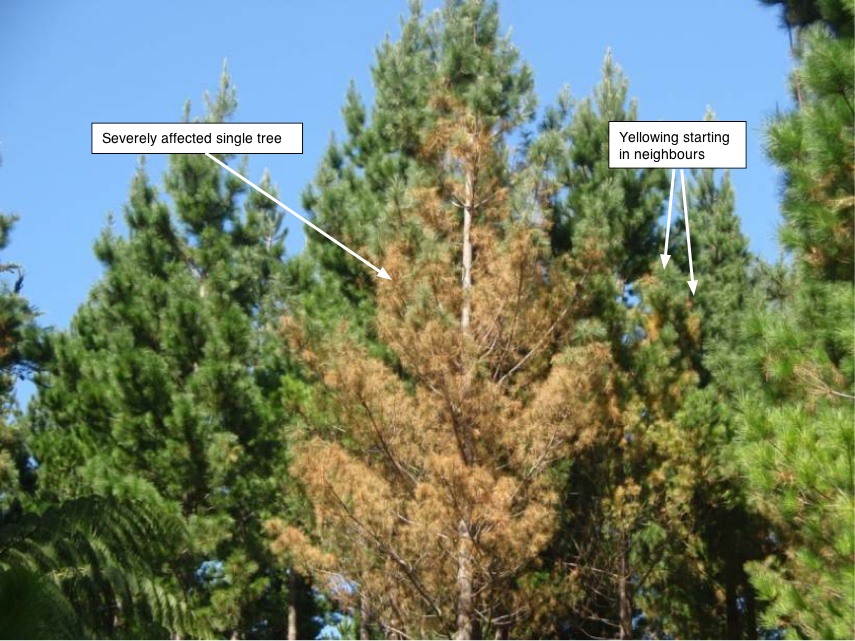 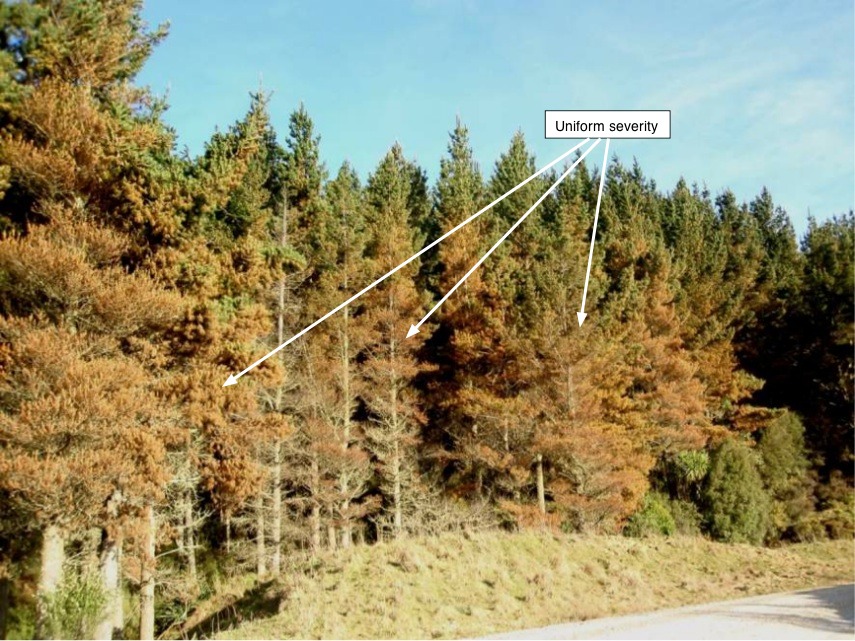 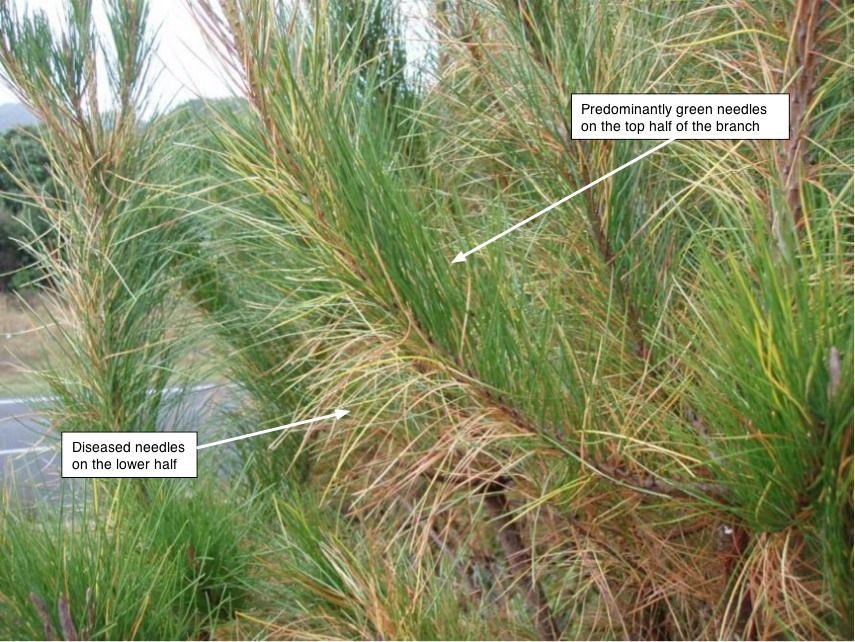 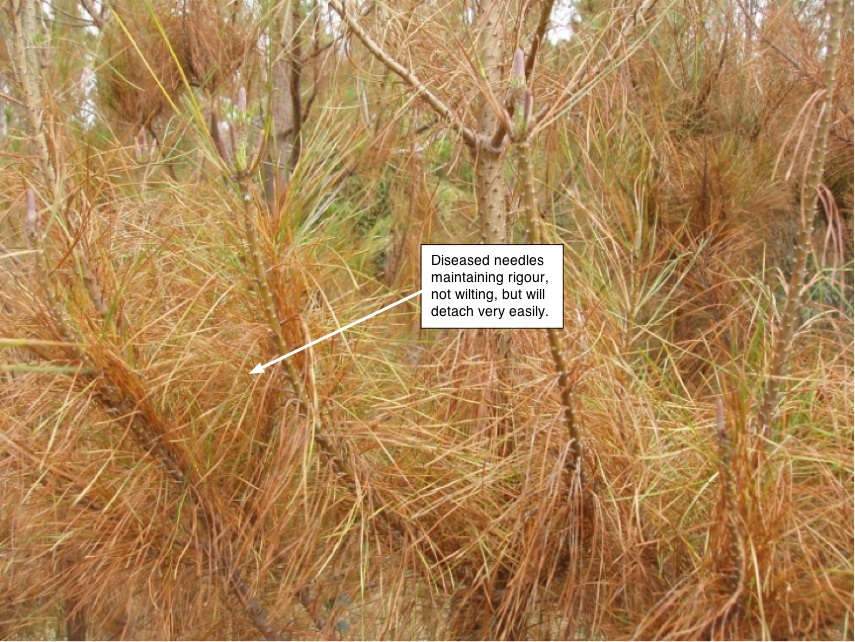 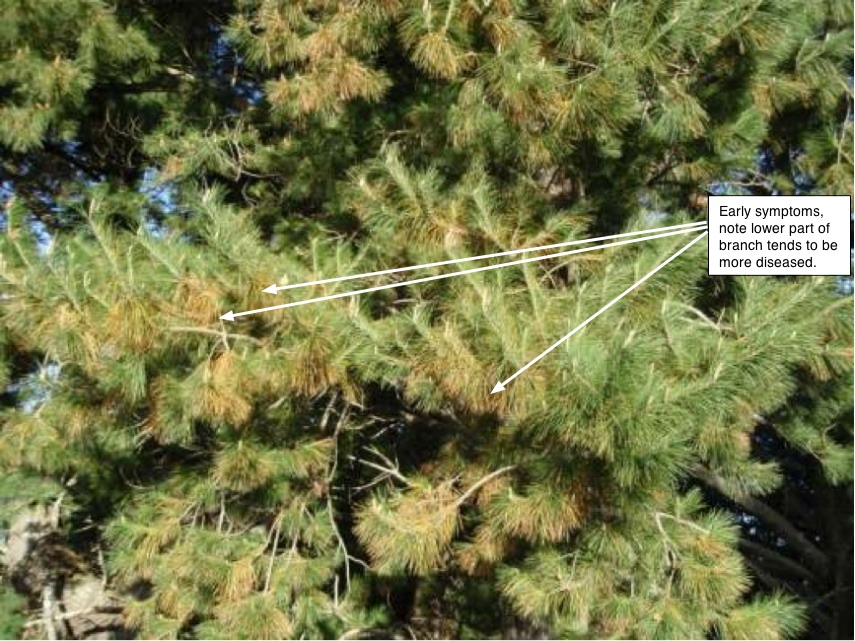 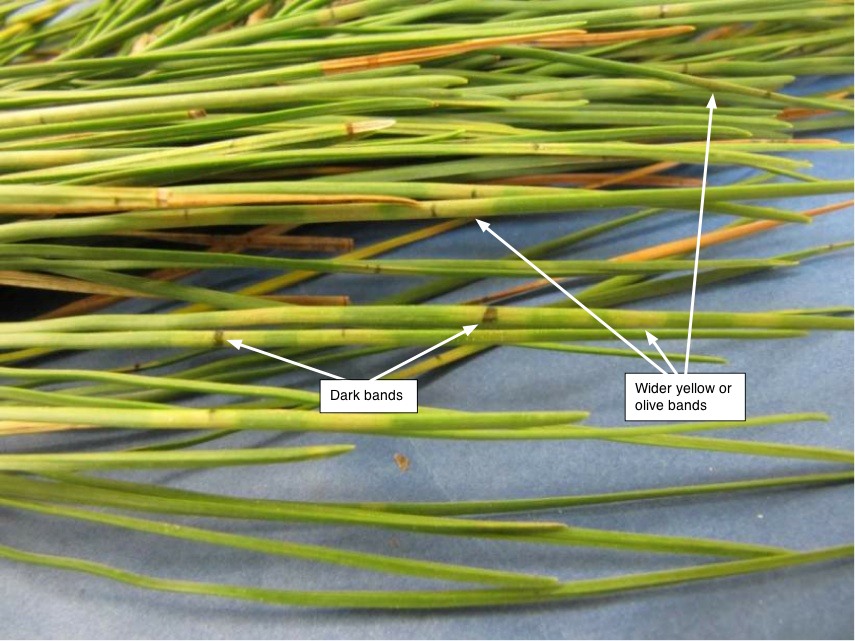 Close up view of black banding, within a larger yellowish or khaki/olive coloured band, typical of the onset of RNC 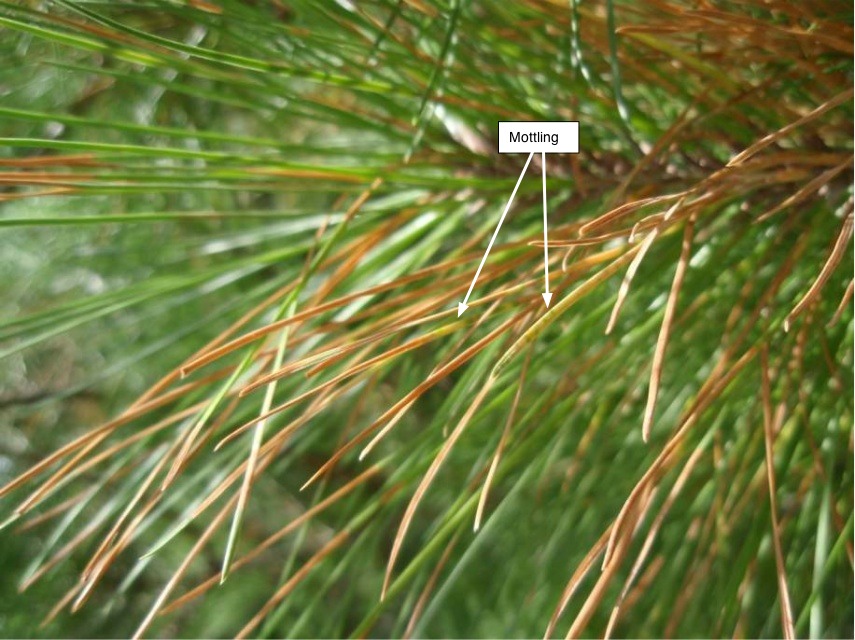 Primarily red needles, but some yellowing and mottling has occurred (see arrows). 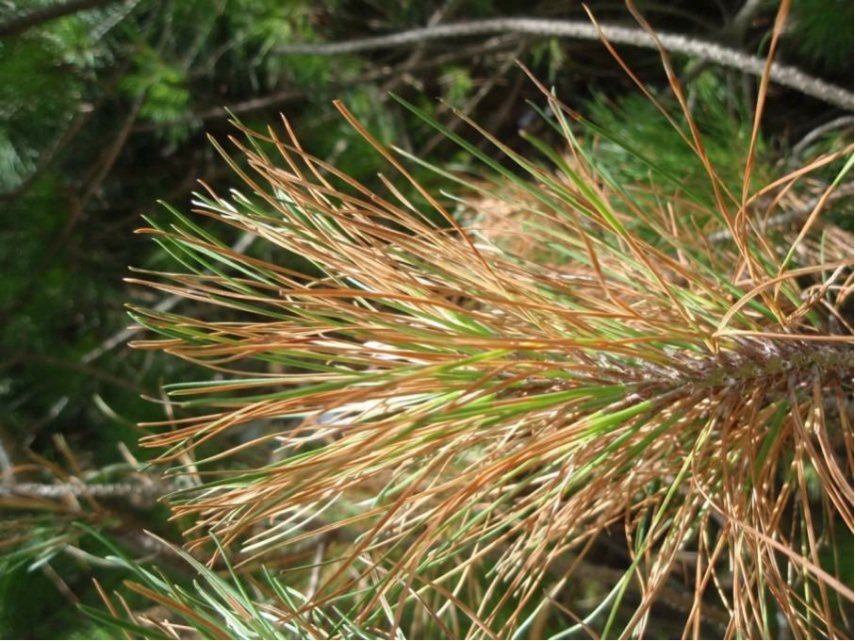 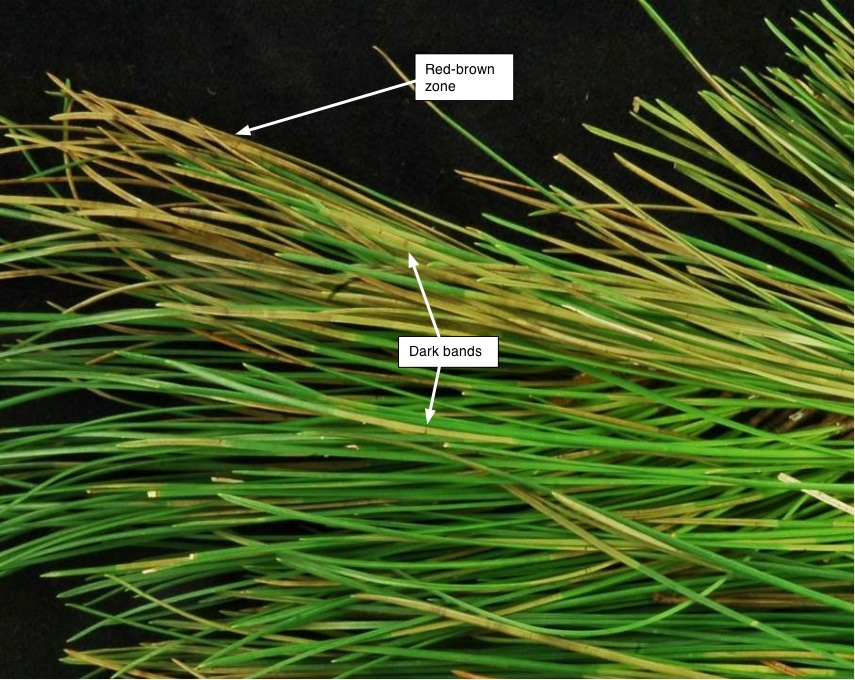 Various stages of development of RNC from khaki to brown/red. 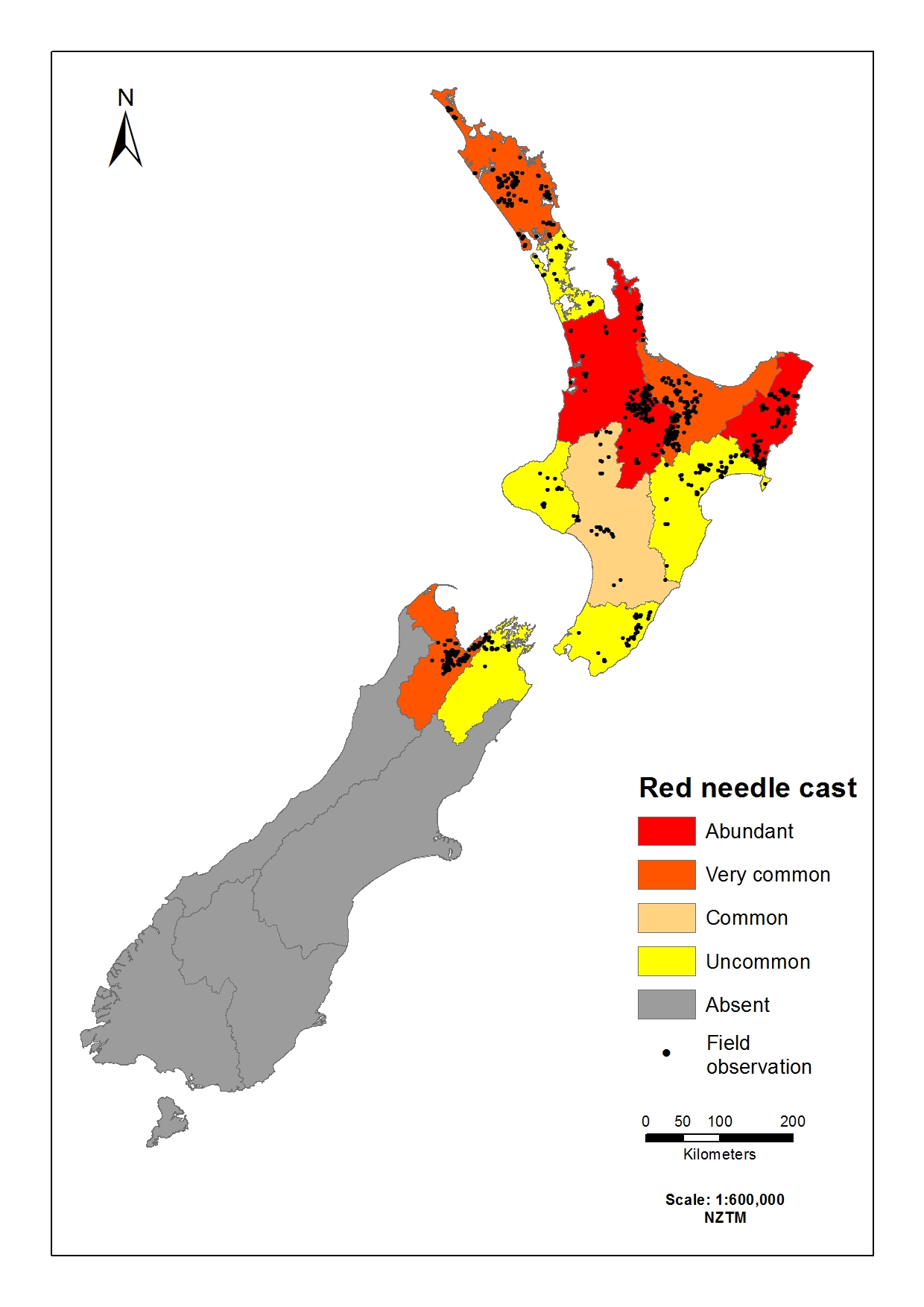