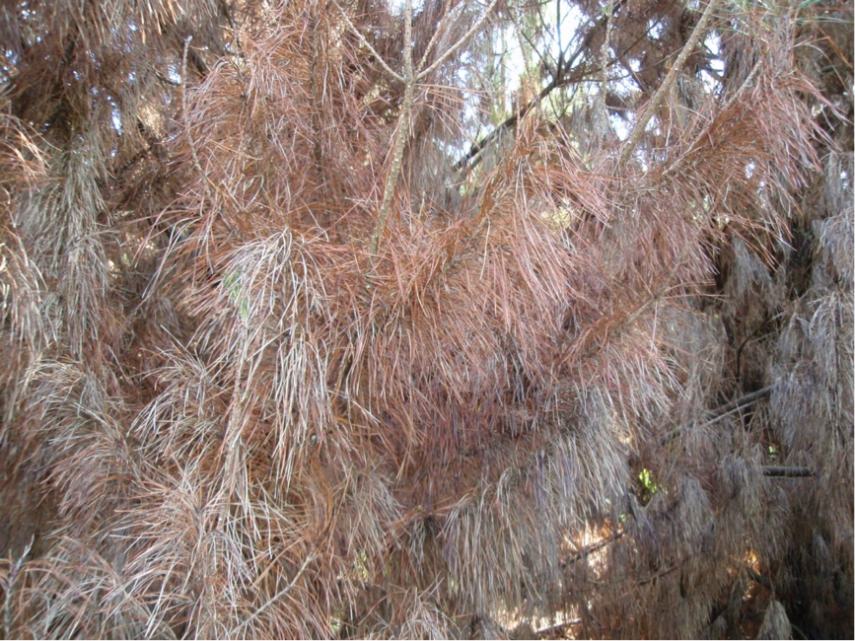 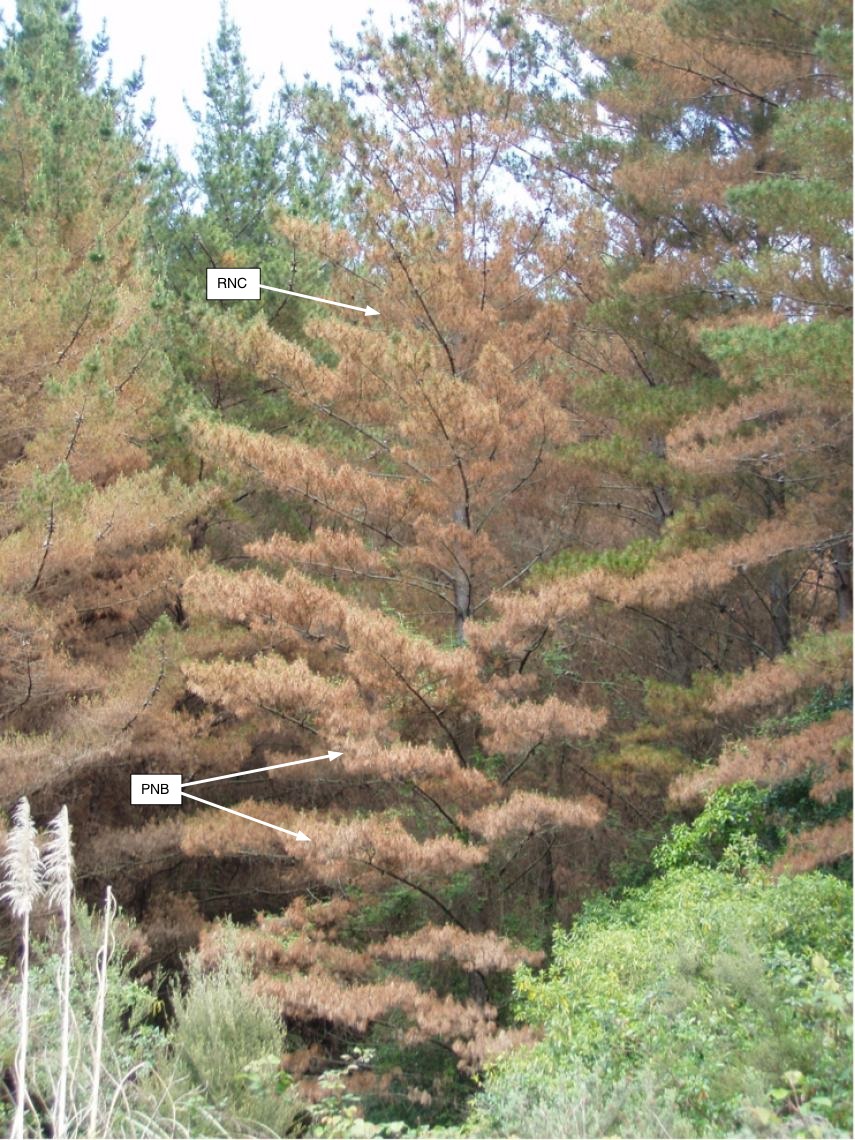 The middle tree displays both RNC and PBN symptoms. The upper crown has RNC (more yellow in colour, foliage not wilting) while the lower crown has the wilting foliage typical of PNB (more red-brown in colour, needles wilting and drooping). This is uncommon but presented here to show the differences between RNC and PNB. 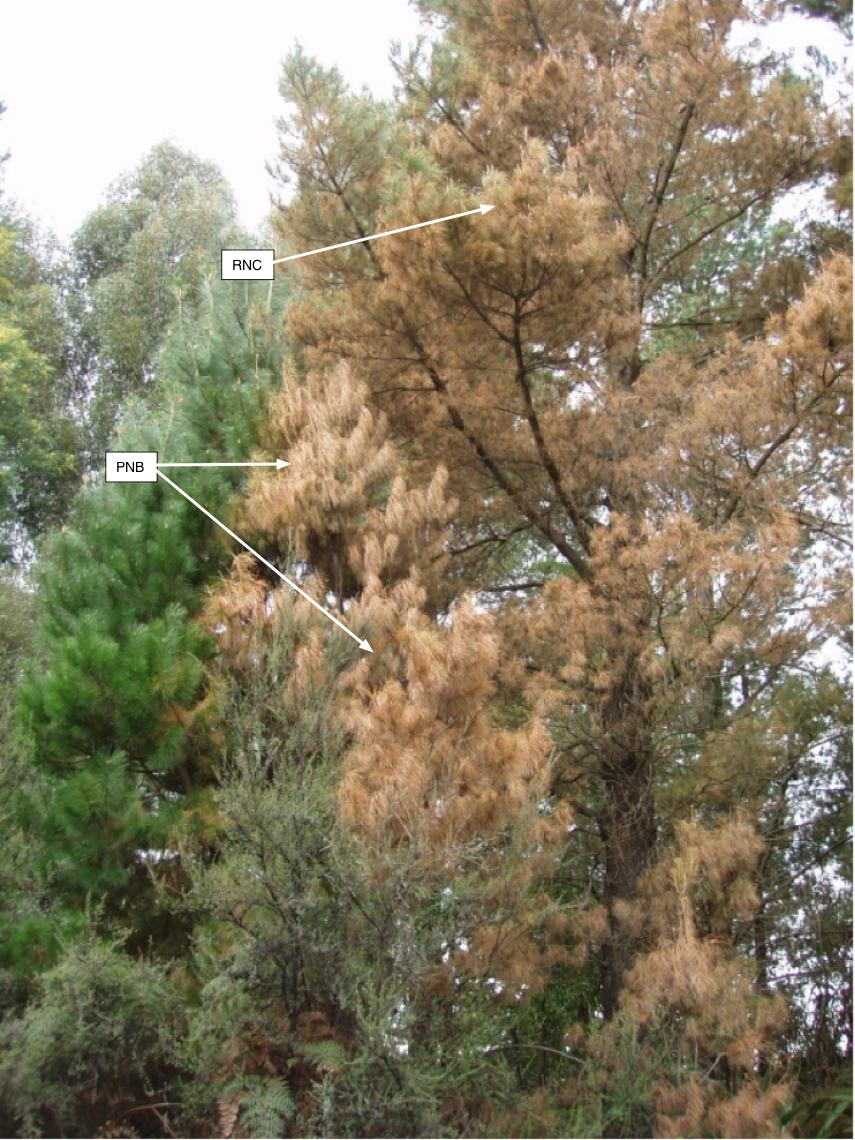 PNB on tree in foreground clearly showing wilted foliage in front of a larger tree affected by RNC. As above, presented here to show the differences between RNC and PNB. 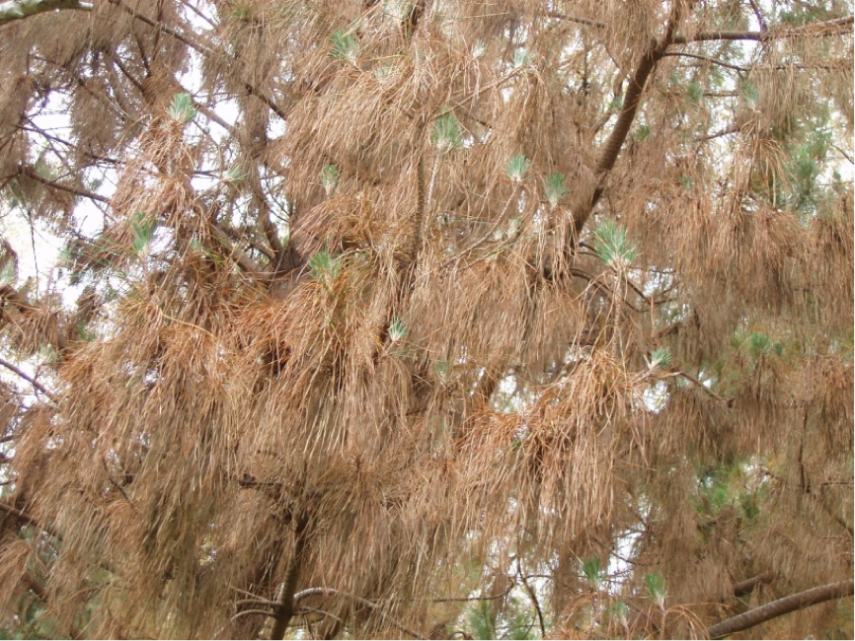 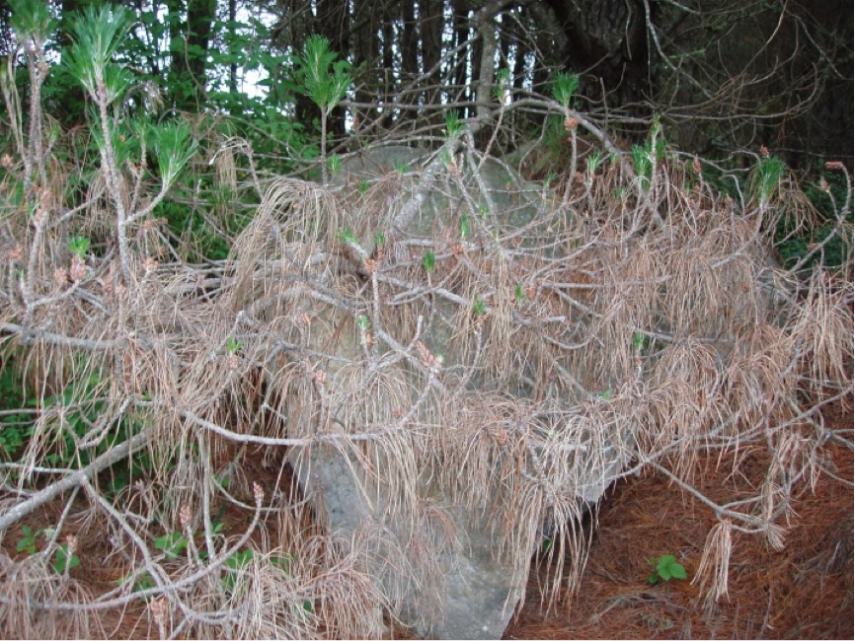 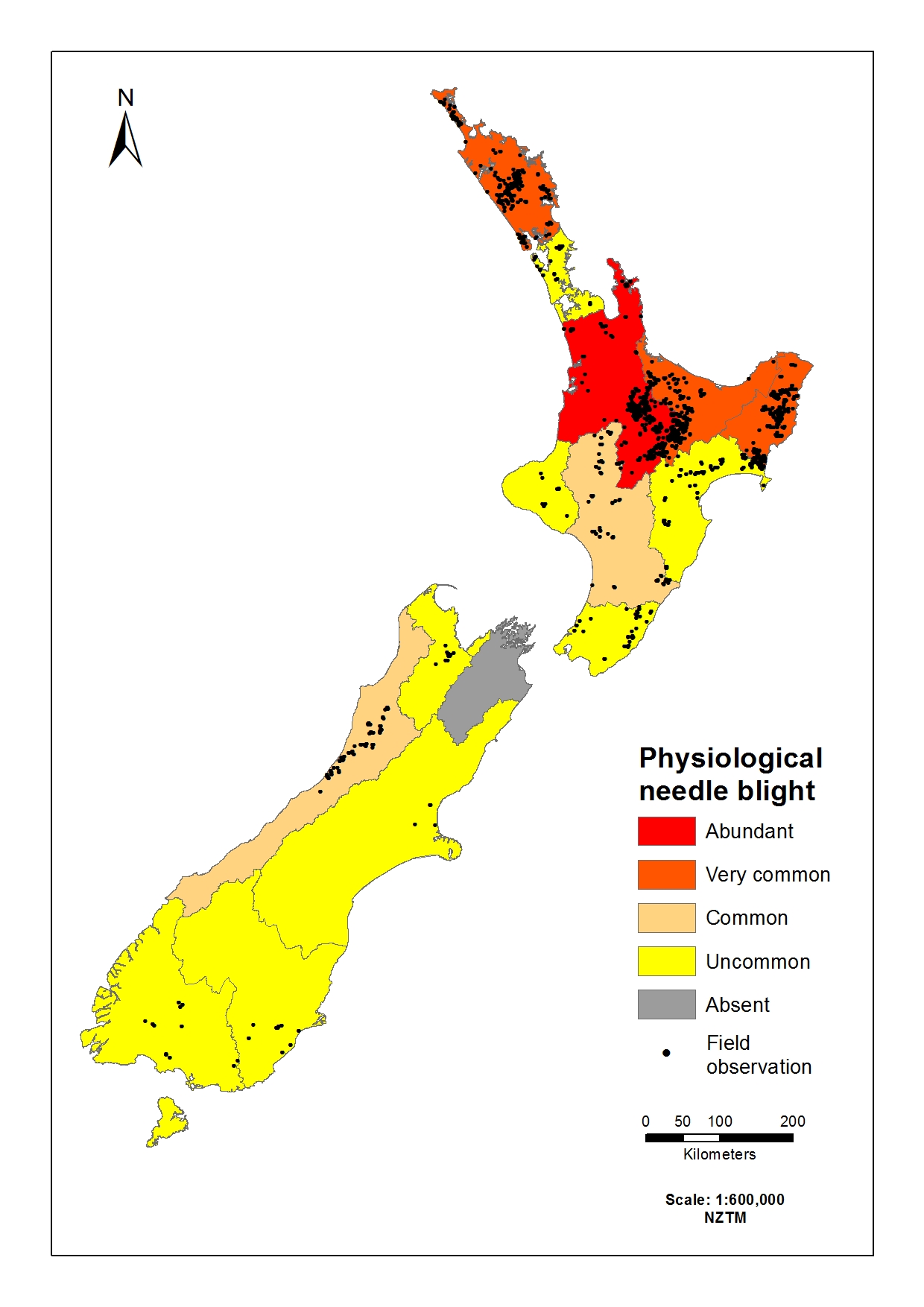