From Scion publication An Introduction to The Diseases of Forest and Amenity Trees in New Zealand, Forest Research bulletin 220, G.S. Ridley and M.A. Dick 2001. 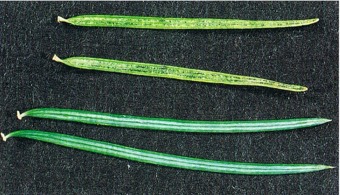 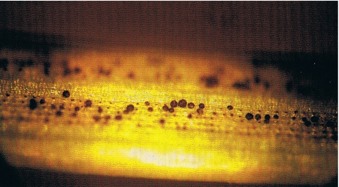 Disease development:
Ascospores are produced in spring and early summer, and the new foliage becomes infected. Foliage older than 1 year may become infected but is less susceptible than immature needles. Fruit-body initials appear in autumn, and mature by the following spring. The pathogen continues to grow within the needle and produces new fruit-bodies each year that the needles remain on the trees. NZ distribution: It is found throughout the North and South Islands.

Control:
Phaeocryptopus gaeumannii can be controlled chemically in young trees and seedlings but infection levels are not usually high enough to justify doing this. Copper can cause foliage burning and or needle cast. Aerial spray trials have been carried out in older stands but satisfactory results have not been achieved. There have also been thinning trials carried out in Kaingaroa Forest because overseas work has indicated that reduced stocking rates are effective in reducing disease levels. Results from these trials did not confirm this and it was found that disease levels are higher where crowns are more open. In closely stocked stands there is more chlorosis at the top of the tree and the lower, shaded part of the crown is greener.

History:
Phaeocryptopus gaeumannii was first recorded in New Zealand in 1959, spreading through the North Island over the next 10 years, and recorded for the first time in the South Island (Nelson) in 1969. Its spread through the South Island was closely monitored and it was not found in Southland until 1977. The effects of this disease are needle chlorosis and premature casting of older foliage, with consequent reduction in growth. Prior to the introduction of the disease it was usual for trees to retain 5 to 6 years' foliage. Infected trees seldom retain foliage for more than 3 years. Although individual trees differ in their susceptibility to the disease, none have been found to be completely resistant/ tolerant.

The natural range of Pseudotsuga menziesii in North America is from British Columbia to California. Inland Californian provenances are the worst affected by Phaeocryptopus gaeumannii, and coastal Oregon and Washington provenances are least affected. That is, those provenances from dry areas, where the disease does not generally occur because of unfavourable environmental conditions, become badly affected in New Zealand whereas provenances from wetter areas are least affected. Trials have shown that some improvement of crown health can be achieved by using seed from the more resistant/ tolerant trees.