Dutch elm disease down but not out

In New Zealand the elm tree is well suited to urban environments and is a valuable part of the urban forest. Most public parks have elms as an amenity tree. The elms grown in New Zealand are exotics, with all except the Chinese elm susceptible to Dutch elm disease (DED). In late 1989 DED was detected in Auckland and an eradication programme was implemented. The programme is jointly funded by MAF and councils from the Auckland region.

During the summer months when the vector beetle (Scolytus multistriatus) is in flight and capable of spreading DED, three surveys are undertaken in the greater Auckland area. The surveys require every one of almost 17,000 trees to be individually inspected. If the survey uncovers a tree suspected of being infected with DED, further tests are then carried out to confirm the presence of the fungus (Ophiostoma novo-ulmi). If confirmed, the tree is destroyed and all debris and bark removed from the stump. Precautions are also taken to ensure that DED is not spread by wood, for example through firewood being transported to other areas. The eradication programme undertaken in Auckland has kept the number of diseased trees low and limited the spread of DED, but is yet to achieve eradication. Graph 1 tracks the progress of DED without control (in Jersey, Merseyside), with control (remaining regions) and with an implemented eradication programme (Auckland).

In the 1989/90 season, when DED was detected, 83 trees at 19 locations were found to be infected. This number decreased to 11 infected trees at 4 locations last season. The decrease in numbers of diseased trees is shown in Graph 2.

In February 2002 an independent DED Response Review was commissioned by MAF. The review reported that, with a concerted effort, eradication of DED could be achieved within a few years.

The recommendation was made for a five-year programme to be implemented, with a focus on achieving eradication within the first two years then followed by a three-year management programme.

Murvale Reserve has always been viewed as a high risk site. It has a long history of large numbers of beetles trapped, an abundant elm population in poor condition and a lot of elm suckering present.

In the 1990/1991 season, infected beetles were caught at the Reserve and in February 2002 a sample taken during the asymptomatic survey produced a positive result for DED. During this time another diseased tree was also found on a private property near the Reserve.

In March 2002 several new infected elms were detected and removed along with other elms in the immediate vicinity.

An infected beetle was trapped at the end of March 2002.

In December 2002 a large tree, near the site where trees had been removed the previous year, tested positive and two weeks later a group of infected elms were reported, 25 metres from the previous site. This area was cleared of elms on 19 December 2002. The capture of infected beetles at the beginning of January 2003 and again in February 2003 highlighted that ongoing infection of DED was taking place in the Reserve. The poor condition of the majority of the elms provided an ideal breeding site for the vector beetles.

MAF recommended that all elms in the reserve be removed to reduce the risk of further infection. 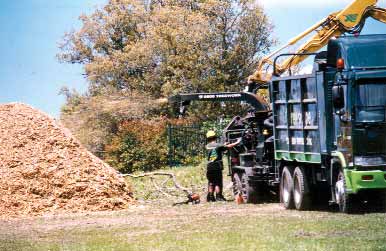 The host removal was successfully completed during November and early December 2003. Over 300 trees and adjoining elm sucker material was removed from the Reserve and surrounding properties, chipped and treated, the stumps poisoned and then either stump-ground or covered with soil to minimise the risk of re-growth and subsequent beetle breeding. Any re-growth will be treated with herbicide in late summer.

The first survey was finished in early January 2004 with a second survey to be completed in early February 2004. During the January survey a number of suspect trees were located, specimens collected and sent for examination. As a result, 11 trees at 9 locations (one in Auckland City, three in Manukau and five in Waitakere) were found to be infected. All diseased trees have been removed.

The Scolytus beetle flights commenced at the end of November 2003. The first peak of beetle emergence was recorded in the first week of December 2003 and subsequent emergence during the first half of January 2004. In this period, eight infected beetles from four locations (Auckland City, Manukau and North Shore – two locations) were trapped. MAF instructed special surveys to be carried out to a 500 metre radius of the trap where diseased beetles were caught.

A DED Technical Subcommittee meeting was held on 13 January 2004 to review the recent detections. Ways to improve the eradication programme during this and following seasons were identified. A further meeting will be held after the completion of the second survey.

These latest detections confirmed that the disease is largely suppressed and very much under control but still not wiped out in the Auckland region.