The Dutch elm disease eradication campaign during the 2004/05 summer consisted of two full disease detection surveys, a series of special surveys in response to the detection of diseased elms or high numbers of infective beetles caught, and a pheromone trapping programme. 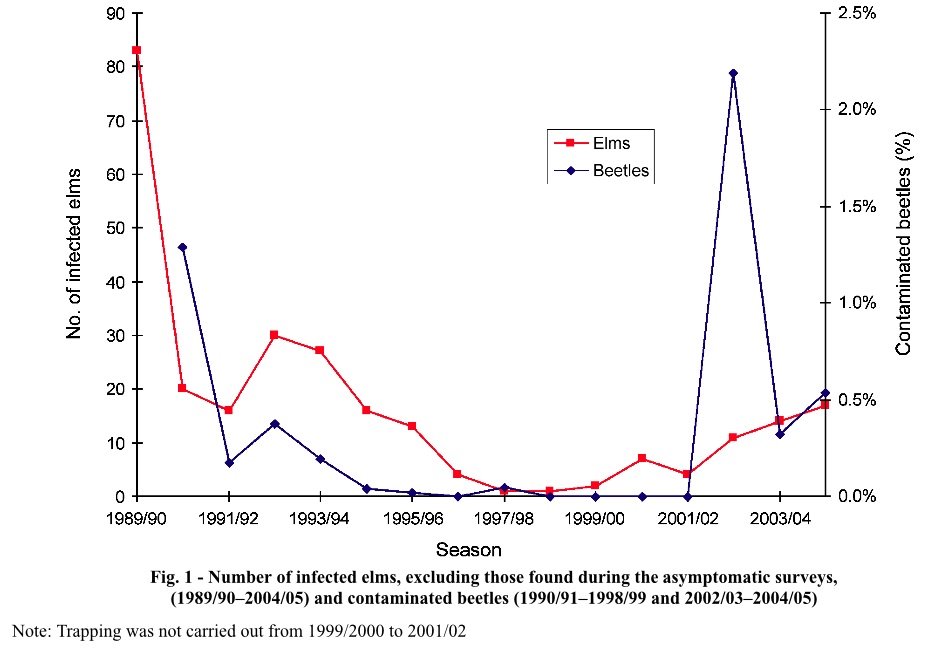 For the pheromone trapping programme, 20 traps were initially deployed in high risk areas. As a result of finding diseased trees the array was increased to 47 traps by the end of the season. When the trapping was stopped on 18 May, a total of 3124 beetles had been caught, of which 17 or 0.54% (Fig. 1) at seven sites were contaminated by Ophiostoma novo-ulmi. Infective beetles were trapped at Chatswood in the North Shore, East Tamaki, Howick and Pakuranga in the Eastern Suburbs and at Henderson Valley in West Auckland. Diseased elms have recently been removed near four of the seven locations where infective beetles were trapped.