You are here: Forest Health, Pests and Diseases » Biosecurity ›

Perspectives on the SPS agreement

We are now into the fifth year of the WTO agreements. Today we are also on the verge of entering into a new round of negotiations, scheduled for January 2000. This next round may include some further negotiation on SPS-related topics. This is a good a time to reflect on our experiences regarding implementation of the SPS agreement. 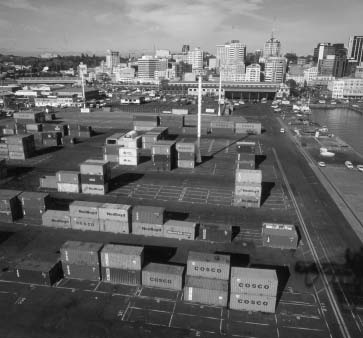 Some of the more important provisions in the SPS agreement which have caused us significant change in the way we conduct our regulatory affairs, at least in the animal health area, are regionalisation, risk assessment, and transparency.

The Animal and Plant Health Inspection Service (APHIS) of the US Department of Agriculture has been at the centre of US efforts to implement these concepts in a way that makes sense both from a regulatory and trade perspective. The SPS agreement, along with our interest in expanding our access to foreign markets, has forced us to think hard about how to balance our safeguarding and trade-facilitation objectives.

Our conclusion is that this balance is most likely to be attained, in the long run, by working actively with our trade partners in promoting the development and use of international
In short, a significant effect of the SPS agreement has been to increase the amount of interest and time we are dedicating to working with the standard setting bodies, including the OIE. To this end, I believe we have had a productive and effective relationship with New Zealand, Australian and Canadian animal health officials in discussing and promoting
common positions with respective to international sanitary standards.

There has been a huge learning curve domestically in terms of getting the regulatory agencies, industry and other non-governmental groups up to speed with the intent and application of the SPS agreement. We have spent considerable resources in this educational effort conducting workshops, seminars, and preparing and delivering other learning materials.

This educational effort is not limited to domestic groups. We also see a huge demand among developing countries for technical assistance in acquiring the practical understanding of, and capacity to implement, their SPS obligations such as risk assessment. We have tried to help meet these technical assistance needs in our hemisphere. However, a great deal more assistance is needed for countries which are trying to establish the biosecurity infrastructure necessary to meet importing countries’ health concerns.

While the SPS agreement was successful in establishing a framework for establishing legitimate health barriers among countries, it has certainly become clear that the countries with the resources to conduct risk assessments, surveillance, inspection, and credible health certification for their products have a decided trade advantage.

On the other hand, the SPS agreement provision on regionalisation has created an opportunity for developing countries to focus their scarce quarantine resources on improving the health conditions in targeted areas within their country, rather than undertake more costly efforts throughout their entire territory.

Most significantly, the SPS agreement has shifted us from a zero-risk paradigm to a policy of managed risk. In doing so, we have had to grapple with the complex issue of how to determine the appropriate level of protection for non-zero risks.

As some of you know, the SPS agreement provides no clear guidance on how countries should set their level of protection for various kinds of risk, except to say this is a sovereign decision and that countries should avoid arbitrary risk management decisions which result in discrimination or a disguised barrier to trade.

APHIS’s animal health objective is to ‘prevent’ the entry and spread of animal disease risks. However, we know that all risks are not equally unacceptable. The question is how to determine the acceptable level of risk in different situations, while maintaining some level of consistency in our risk management decisions. Our ability to be consistent is complicated by the fact that the risk tolerance among different sectors of an industry varies. The acceptable level of risk varies depending on the value of agricultural resources that are put at risk, the availability of efficacious measures, and other considerations.

In practice, APHIS bases its risk management decisions on information provided by the risk assessment, the availability of feasible and efficacious measures, and how similar or comparable risks have been managed in the past.

As we develop our abilities to quantify risk, we will be challenged by a need to be transparent and consistent in how much risk we are willing to accept, bearing in mind both our goal to prevent disease introductions and our need to avoid setting levels of protection which become de facto standards adopted by our trade partners. Our job in finding the middle ground is not easy. This is why the work of the OIE has become so important in terms of establishing harmonised global standards that will be sufficient from a safeguarding and trade-facilitation standpoint.

I would like to note a couple of consequences which have occurred as a result of the trade liberalisation under the WTO and our regional trade agreement known as the North American Free Trade Agreement (NAFTA).

First, the liberalisation of trade, particularly the emergence of the SPS agreement and the visible expansion in trade, has given rise to food safety and environmental concerns. This should not surprise us. The increased volume of trade has introduced new risks.

Also, the SPS agreement and the disciplines contained in it, which are intended to prevent countries from imposing unfounded and unjustified health measures in trade, are perceived by some groups as having reduced our ability to safeguard our resources.

A number of groups, who are generally sceptical of our trade agenda, have argued and will continue to argue that the SPS agreement is flawed by an over-reliance on science and risk assessment as the tools for managing risks in trade. They maintain that the SPS agreement would allow a dispute panel to second-guess a country’s safeguarding decisions by ruling on the sufficiency of scientific evidence used in a risk assessment.

While we do not share this view, we must recognise that these are real issues and concerns that exist about the role of risk assessment. It certainly highlights the need to strengthen our risk communication efforts in order that the public can have confidence in the how we evaluate and manage risks.

In response to these food safety and environmental concerns, the US administration has undertaken a ‘Food Safety Initiative’ aimed at enhancing the safety of both domestic and foreign sources of food.

Similarly, as a result of increased trade, the environmental community has dramatised the risks associated with the entry of non-native species which may have harmful ecological or environmental effects. Here we are talking about species of pests which the existing regulatory agencies, such as APHIS, have not traditionally focused on, given that APHIS has traditionally focussed on agricultural pests. The scope of our safeguarding mission may broaden significantly in the coming years as a result of increased interest in guarding both aquatic and terrestrial environment from these so called non-native invasive species.

In retrospect, both the WTO and our regional trade agreement known as the NAFTA resulted, I believe, in perhaps overselling these agreements and creating some expectations which have been difficult to fulfil.

Today, we see that the various trade agreements do provide a valuable framework to level the playing field, but larger macro-economic and other global factors ultimately determine the terms of trade. These include economic downturns in Asia, Latin America, and Russia and the value of the dollar vis-a-vis other currencies. Certainly these economic conditions have resulted in making foreign products, including agricultural goods, affordable to Americans, hence increasing the level of imports into the United States and making our job of managing disease risks more challenging.

The bottom line is that any assessment of our trade agreements needs to bear in mind that the agreement itself needs to be evaluated in the context of other complex global factors. We cannot judge the value of the SPS agreement simply by current trade successes or lack thereof.