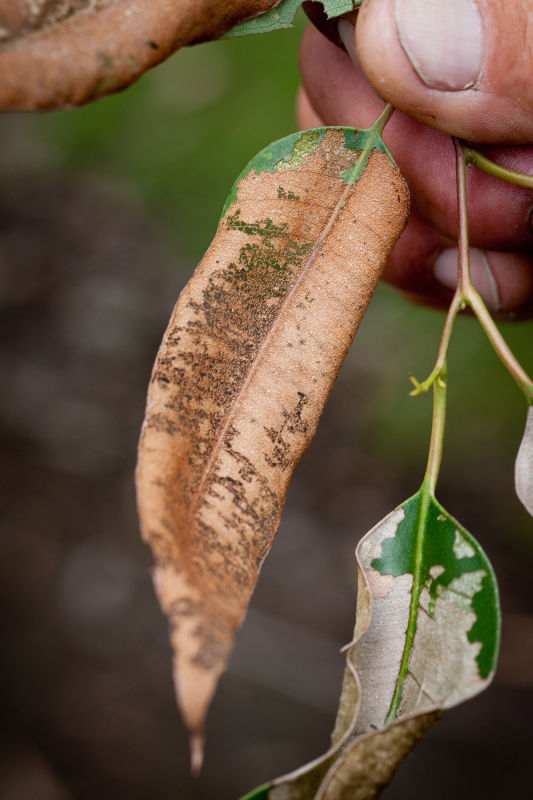 The gumleaf skeletoniser (Uraba lugens), an Australian species that was first found in New Zealand in 1992 at Mt Maunganui has been found in Nelson. An old egg mass and four clusters of young larvae along with skeletonised leaves were found in early January, on a residential property by a member of the public. The identification was made by Ministry of Agriculture and Forestry entomologists. This is the first record of the gumleaf skeletoniser from the South Island and there is no reason it should not spread further south. Previously the moth had been known only from Auckland, Coromandel, Waikato, Bay of Plenty and Hawke’s Bay.