Forest and Timber Insects in New Zealand No. 16: Puriri moth. 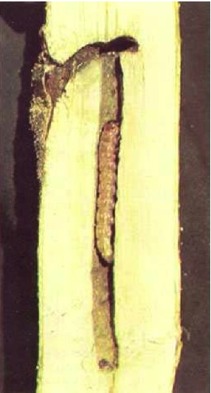 Fig. 1 - A "7-shaped" tunnel made in a stem of Carpodetus serratus (putaputaweta) by a caterpillar of the puriri moth.
Length of the tunnel is 120 mm; length of the caterpillar is 58 mm.

Type of injury
The caterpillar of the puriri moth bores a 7-shaped hole (Fig. 1) in the growing trunks and branches of host plants and feeds on the callus tissue at the opening of the hole.

Hosts
The puriri moth may be found in a wide range of indigenous and exotic hardwoods (Grehan 1984). It will attack living eucalypts, but complete development has only been recorded in Eucalyptus saligna (Grehan 1984). Early stage larvae feed on a range of fungal fruiting bodies (Grehan 1984).

Distribution
This native insect occurs only in the North Island.

Economic importance
Although caterpillars are usually found in relatively small-diameter stems and branches (up to 30 cm), the tunnel system persists indefinitely after the adult has emerged. The entrance hole is eventually occluded by callus tissue and further growth, but the old tunnel serves as a focus for core rots. The old holes are often used for shelter by other insects, particularly wetas, and so the entrances may be enlarged and kept open for long periods. Timber sawn from the cores of infested trees is unlikely to be free from defects, caused either by the holes themselves or by secondary rots (Fig. 2). Damage caused by the caterpillars of the puriri moth in Nothofagus (beeches) has restricted their potential for productive forestry in the North Island. Many exotic species, for example Acacia melanoxylon (Tasmanian blackwood) and Eucalyptus species, which are planted to enrich partially logged or poorly regenerated native forests, also act as attractants to the insect. Attack on living eucalypts is usually abortive, the caterpillars being flooded out by heavy gum flows. The kino, or gum reaction, produced by some species (for example E. delegatensis) in response to this attack, may cause serious defects in sawn timber or necessitate increased quantities of bleaching agents if the wood is used for pulping. 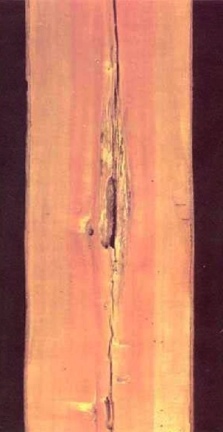 Fig. 2 - Defects in Nothofagus fusca (red beech) resulting from damage caused by caterpillars of the puriri moth. (The small dark-stained holes and tunnels were made by native pinhole borers, Platypus beetles).

Description, life history, and habits
The moth is the largest in New Zealand, with a wingspan up to 150 mm in the female and 100 mm in the male. The moths are usually green, but the intensity of colour and wing patterning is very variable (Fig. 3). Miller (1971), who describes the moth and its life history, records the occurrence of bright-yellow, brick-red, almost scarlet, and even albino specimens. The females have a dark-brown or black mottled pattern on the forewings and the hind wings are usually buff coloured. The markings of the male's forewings are white and the hind wings are greener than those of the female. 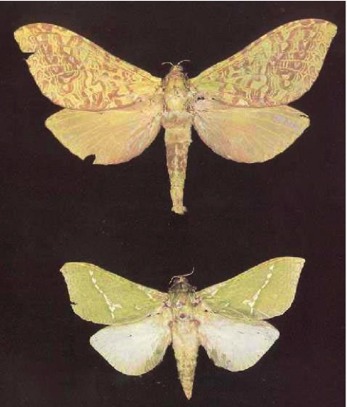 Fig. 3 - Female puriri moth above, male below.
The wingspan of the female can be as great as 15cm.

Moths may be found throughout the year, but are rare in winter and most abundant in September and November. They are nocturnal and males in particular are attracted to light. The females scatter their eggs indiscriminately in forested areas, and may lay up to 2000. The eggs are round and pale yellow when first laid, turning black a few days later. They hatch in 12-14 days. 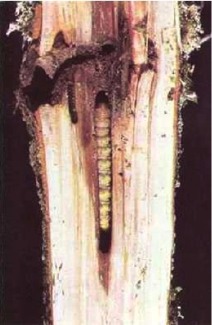 Fig. 4 - Fully grown caterpillar of the puriri moth in a stem of N. menziesii (silver beech).

The length of the life cycle varies from one to four years (Grehan 1987). Larval development involves two phases: an initial period of approximately three months in forest litter, generally under logs and pieces of dead wood or on fungi, before moving into live tree host for the second phase where the feeding tunnel is formed (Grehan 1983). The tunnels are typically 7-shaped but frequently there are extra vertical shafts (Fig. 4), presumably occupied by the caterpillar when it was smaller in size. The caterpillar rests in the vertical shaft, but ascends to feed on living callus tissue at the entrance. The tunnel slopes up from the entrance, presumably preventing the entry of rainwater. The opening is covered with a tough, fibrous, silken web, which so well camouflages the holes (Fig. 5) that they are often difficult to detect. 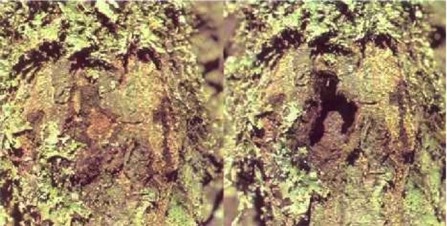 Fig. 5 - The first photo shows webbing in place camouflaging a tunnel entrance in silver beech.
In the second photo the webbing has been removed to show the entrance.

The caterpillar grows to about 100 mm long and 15 mm in diameter. It is a delicate transparent purplish-pink with a hardened dark-brown head capsule.  The last-stage caterpillar (Fig. 4) assumes a more creamy colour as fat accumulates in the body. The prothorax is hard and shining brown. The remainder of the body segments bear pairs of light-purple plates. The caterpillars pupate at the bottom of the vertical shaft after closing the top with a fibrous disc (Fig. 6). Prior to emergence the pupa wriggles up the shaft, pushes up the disc, and protrudes through the camouflaging web. Movement up the shaft is aided by twelve horny ridges, armed with hooklets, on the upper surface of the abdomen, and five similar ridges on the underside. Pupae may be found from August onwards, and the pupal stage is thought to last about three months. 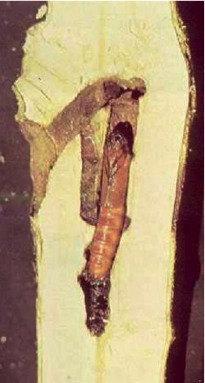 Fig. 6- Pupa of the puriri moth in a stem of putaputaweta. Length of this pupa is 55 mm.

Control
No means of controlling this insect on a large scale are known. The caterpillars within their tunnels are protected from insecticides, unless these can be introduced through the webbed entrance. It may be possible to destroy the caterpillars in individual trees with a probe or toxic liquid, if their tunnels can be located.

Attack on eucalypts usually occurs where branches have been pruned flush with the stem. If a short stub of branch is left then this soon dies and prevents entry of the caterpillar.

Three fungi (including Beauveria bassiana) and one bacterium has been recorded attacking this species (Grehan & Wigley 1984). Kakas are known to tear away the wood in their search for the caterpillars, and moreporks capture the moths on the wing. It is probable that most newly-hatched caterpillars exhaust their food reserves and die before finding or becoming established on their host plants.