You are here: New Zealand Tree Grower » May 2012 ›  Insurance for woodlots and farm foresters

Insurance for woodlots and farm foresters

There is a long history of farm forestry insurance in New Zealand. Although many small forest owners have sought to protect their investment with insurance, some have opted to take the risk believing insurance was too expensive. So why should small forest owners insure and what does it really cost?

The decision to either insure or not insure remains an individual one. However the introduction of the Emissions Trading Scheme (ETS) and the Permanent Forest Sink Initiative (PFSI) raises the stakes for almost all forest owners. Tradeable property rights over carbon sequestered within the forest now add to any timber value, making the trees more valuable overall but with obligations.

These scheme obligations cannot be entirely overcome by retaining credits and handing them back should the forest be lost if there is a problem such as a fire. There are costs associated with clearing the site of the debris so the forest can either be replanted or the land put to another purpose. There may be the cost of the replanting if it is to be re-established and there could be an option of submitting an adverse event report. All are additional costs which will have an effect on savings, cash flow or both.

The case study is based on using Insurance Facilitators Pty Ltd, the only provider of specific carbon insurance within the terms of the ETS and PFSI.

The project involves a small woodlot − four hectares of 11-year-old radiata in the middle of the Wairarapa. It is on steep, but otherwise open, grazing land with no ready public access and no roads or powerlines. It was pruned in 2010. Replacement timber value is deemed to be around $5,400 a hectare. 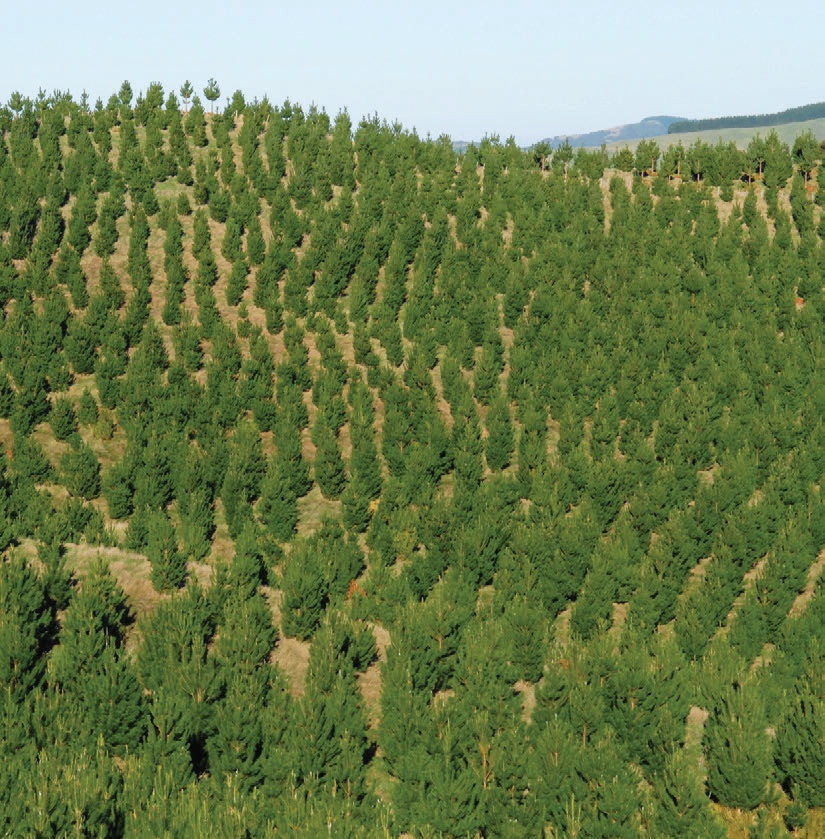 Insuring carbon under a forestry policy, simply adding the carbon sum insured to the timber sum insured, is not recommended. This is because there is no basis of settlement for the carbon and the policy cannot fully respond to the demands of adverse events reporting under the ETS.

Working out the insurance costs

The Wairarapa woodlot would be insured using the rotation timber and carbon policy of Insurance Facilitators Pty Ltd with the timber insured under Section 1 and the carbon under Section 2. The policy covers losses due to fire, malicious damage, lightning and the impact from an aircraft or a vehicle. Insurers know that the climate, with over 2,000 mm of rain a year, tends to have low to medium fire weather conditions and is a low fire risk. Therefore the premium they would charge for this peril is relatively low. Extending the cover to include the costs of fire-fighting, and removal of debris and re-establishment, would be $26.50 or $6.63 a hectare, assuming there is a $5,000 excess

Carbon insurance would only be $10.67 all up, $2.66 a hectare, a fraction over three cents a tonne. Forest owners have an option to insure anything up to the next five years worth of carbon upfront as well. This would mean that if the forest were to burn down, the claim would be for the 86 tonnes a hectare, along with the future 179 tonnes a hectare all paid as soon as the loss adjusting process is complete and within weeks of the happening of the loss. Adding windstorm to the cover on the timber and carbon increases the premium to $86.98 or $21.75 a hectare. In all, this is good cover at a fraction of the proceeds from the sale of the annual carbon.

Could the forest be insured any cheaper? This is certainly possible. Offering more information about the forest will help the insurer understand the risk and reason to discount their otherwise quoted premium. Insurers naturally want to know where the forest is, its species, age and area.

Insurers base their premiums by zone, mainly forestry regions, the loss data for which has been obtained, peril by peril, at a regional or district level. Quite obviously the more accurate the local information base the more accurate the premium being charged for forests in that area. The age and species of the forest together with forest management and particularly the timing of canopy management will determine if forest is at more or less at risk of damage than the average.

What occurs outside the forest is also important. Knowing there is no public access to the forest or nearby roads to bring people in and accidentally or maliciously light fires is a big advantage, as is the absence of power lines. Also, in the unlikely event of a fire, declaring a good response to fire will offer comfort to the insurer, again attracting a discount. There is little that can be done by way of mitigating the risk of windstorms. However, planting in sheltered areas, limiting the canopy disturbance, and thinning early do make a significant difference to the premium payable for windstorm cover.

With-holding the credits and simply handing them back if there is a loss is seemingly the cheaper alternative as there is no purchase attached to it. However, it does mean foregoing income from the sale of credits and having to deal with the poorly-timed additional costs as mentioned earlier.

Buffering, whereby a small percentage of credits are pooled and later used to cover adverse events, is also limited in its ability to protect forest owners. Buffering leads to well-managed low-risk forests subsidising those which are of higher risk or poorly managed. A buffer does not cover catastrophe losses and any sequestered carbon emitted must be replaced before a participant is able to earn further credits. It does not cover the additional costs associated with an adverse emission.

Insurance is by far the cheaper alternative to a five per cent buffer option, even over 50 years. It will not be long before it is extended to all risks including shortfall in harvest obligations.

While everyone would like to see cheaper insurance, forest owners need to bear in mind that there is a bottom line cost to it. Product development, acquisition, processing, claims provisions and loss adjusting all have a cost. Added to this is profit, the return on the investment to shareholders. It all costs, but a lot less that the alternative when disaster strikes.