From kauri to eucalypt

My grandfather, John Hoyle Furniss after whom I was named, moved from the damp misty peat lands of Rotowaro near Huntly to Ahuroa near Warkworth at the end of World War II. He sold his dairy farm to the government who subdivided it into rehab farms for returning soldiers.

What he bought in Ahuroa was a partially logged Crown logging lease. My neighbour’s great grandfather, who had the lease earlier, had a team of six bullocks and a couple of crosscut saws. He, with his sons and grandsons, had a timber jack each made by Prices Engineering in Thames.

My grandfather, being of some means and progressive as a farmer and land developer, ordered a new Caterpillar D4D and a twin cylinder IEL chainsaw among other plant for his new farm. He also cunningly brought back to help with the work his son, my father, and his son-in-law,Warren Martin. They returned from their respective flying roles in the RAF and the RNZAF.

Calling the place Woodlands, and with the help of employed bush men, they logged, roaded and fenced the property. Kanuka was cut to fill orders for the Auckland hospital boilers and other species were sold to local mills, including some kauri. Less commercially valuable logs such as rata, kahikatea and rewarewa were sawn for farm timber and became woolshed, houses and yards.

An early influence on my grandfather was Tudor Collins. He had served time in his youth working the kauri in the north and later documented this with photography among his many talents. He prevailed on my grandfather to save a significant large diameter short-boled kauri tree. All the bush residue was pushed back several chains from the tree and then burned.

The burn was a good and hot one, but it created its own tornado and many burning brands were drawn high into the sky only to rain down flaming, some into the gum deposits sitting in the head and forks of the big tree. Everyone looked on with horror but could do nothing at the time.

The burnt tree was subsequently felled, loaded on to a new truck which promptly bent. The the tree was 17,500 super feet or about 42 cubic metres. It was then taken to the local sawmiller who declared bankruptcy just after receiving it. Where have we heard this story before?

Another influence was Neil Barr who lived just down the road. He convinced my father and grandfather to plant the little gullies left on the farm − these being the reason there was such a large area un-worked − with some trees he felt showed some promise. These were Eucalyptus saligna and E. botryoides. Many of these were planted in the local area due to this influence.

Many years later I bought a piece of the farm from the estate and shortly after that attended my first farm forestry field day. It was an interest I had developed after planting quite a few trees myself. These included radiata pine, blackwoods and more eucalypts especially E. pilularis at Neil’s suggestion and E. microcorys based on that species timber qualities.

I bought a Peterson 10-inch portable sawmill and a lot of learning soon took place, but all for the best. The floor of our new house is E. saligna, and so too is some of the wall framing. I am now making windows and doors and am using both E. saligna and E. botryoides for these.

I now have a hydraulically optioned Woodmizer bandsaw which makes it much easier to quarter saw and re-saw. Of all the species we have planted the eucalypts seem to be the most bullet proof as well as having the nicest form, at least to me. 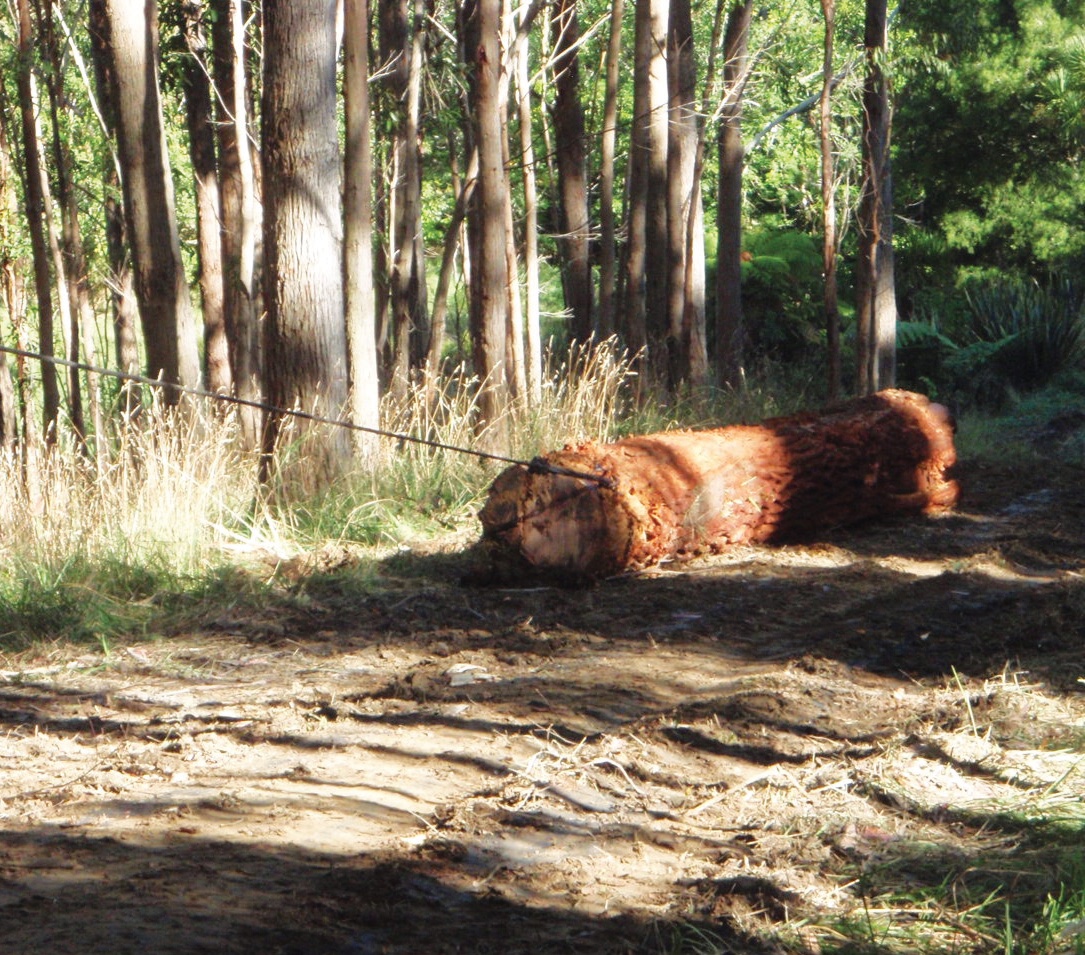