The most challenging weeds for managed indigenous forests are those that can disperse into harvested areas, prevent regeneration of native tree species or persist as potential competitors to adult native trees. For example, Douglas fir is likely to be a problem because it can regenerate after disturbance in mountain beech forest and can sometimes persist after canopy closure.

Prioritising weed species for management is an important step in any management plan. The method used to create the table below is one way of doing this. All known forest weeds were scored for their ability to persist in native forests and their likely effect on native forests. Shade tolerance was an indicator of persistence

The table lists only those species that emerged as being likely to persist or have a strong effect on the forest. For greater detail on factors that influence weed invasion see previous articles in this series.

The table will change as we learn more about weeds. It is therefore advisable to have an adaptable weed management plan and keep an eye on other weed species, such as unfamiliar tree seedlings and vines – especially those growing in the shade. 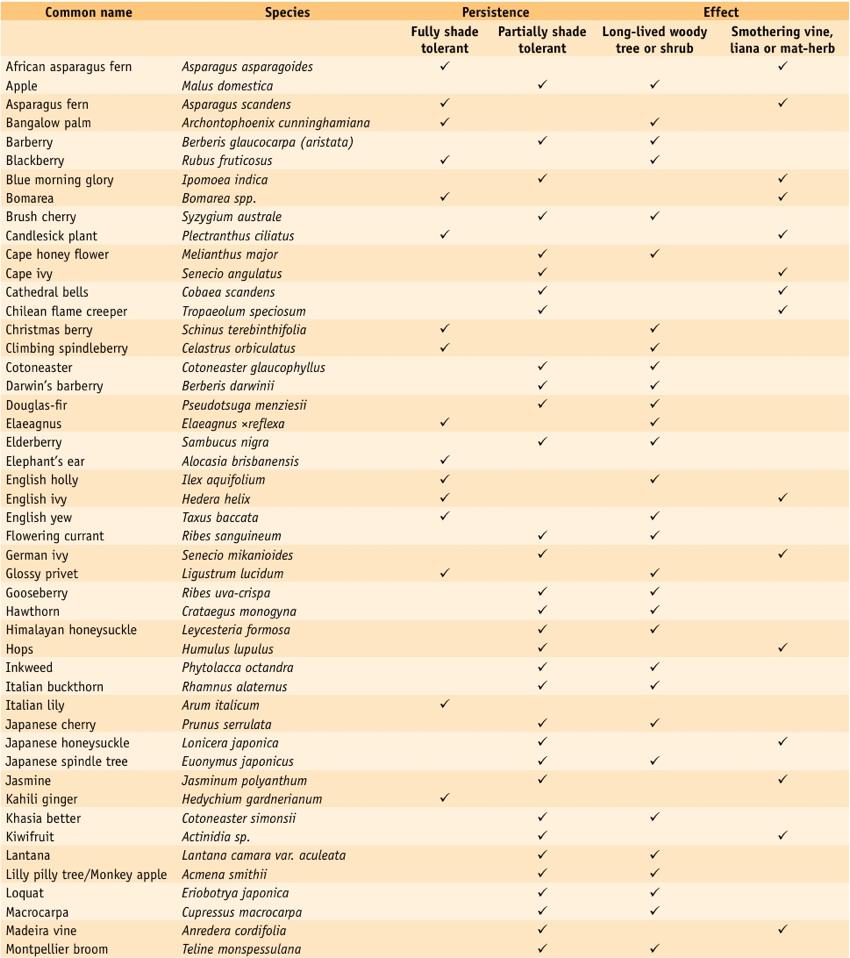 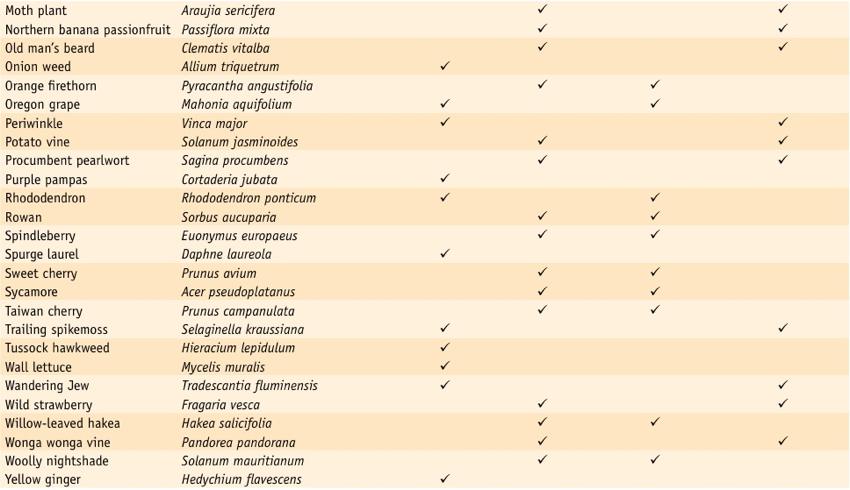 Below are some general guidelines for effective weed management. They provide a starting point and can be used along with the table above and other resources to set up weed management plans.

Significance of weeds will increase

We can expect to see an increase in distribution of existing weeds and to observe new species exhibiting invasive behaviour. This will have an effect on all indigenous forest management, but is likely to be quite significant for areas under sustainable management plans in northern parts of New Zealand.

At present the majority of sustainable management plans are held in the South Island. However if native timber production becomes more common further north, where there are longer growing seasons and higher temperatures, the significance of weeds in management plans will be greatly increased. It is therefore vital that knowledge and understanding of weeds is communicated effectively and continuously to and among forest managers.

This article was first published in Indigena.