Our visit to Bevan Walker’s property was the first field visit of the 2018 conference. After a short circular walk through some redwoods to clear the lungs after the bus trip we returned to the car park for an introduction from Bevan. He explained that when his father bought Tunnel Creek in 1971 it was one big paddock full of gorse and blackberries. However, his father already had pine trees in a plantation, so he knew a bit about trees. He also knew how to use a bulldozer from his work during World War II. Using the bulldozer, the area was V-bladed after being burned and then the tree planting started – at the rate of 2,000 a day.

Since then Bevan has harvested and planted many trees, but most of all he has high pruned almost all the trees, or so it seemed when we walked around later. For the pruning work he used to climb the trees and just hang on as he pruned. Now he uses all the proper equipment including a belt, ladders and a pole saw. For maximum height he uses a fve-metre ladder with a four-metre telescopic pole saw. His aim is to get straight tees with virtually no taper. When he was questioned about carrying out such high pruning he said if you do not like high pruning, do not do it.

The first main stop was at a grove of cypress. Patrick Milne said these were the best Leighton Green cypress he had ever seen with unexpected good form. He was not sure why the site had let them grow like this. Then came the suggestion from the audience these were not Leighton Greens but are more likely to be ferndown.

There was no consensus, which was not a surprise to regular field day attendees – arguments about cypress and pruning are seemingly endless, but often worth listening to.

Patrick continued with his presentation and explained that the wood of Leighton Green hybrids does vary but they are Class 2 durable. This means that the timber will last at least 10 to 15 years in the ground, which is better than macrocarpa and lusitanica. The wood also mills very easily and is quite stable. The presentation over, we continued past some 22-year-old lusitanica and 47-year-old Douglas-fir before the stop for lunch. 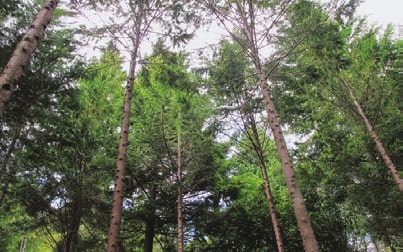 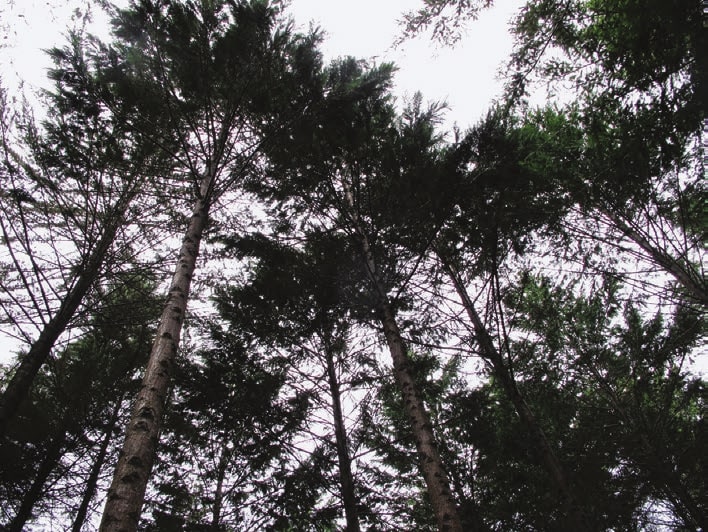 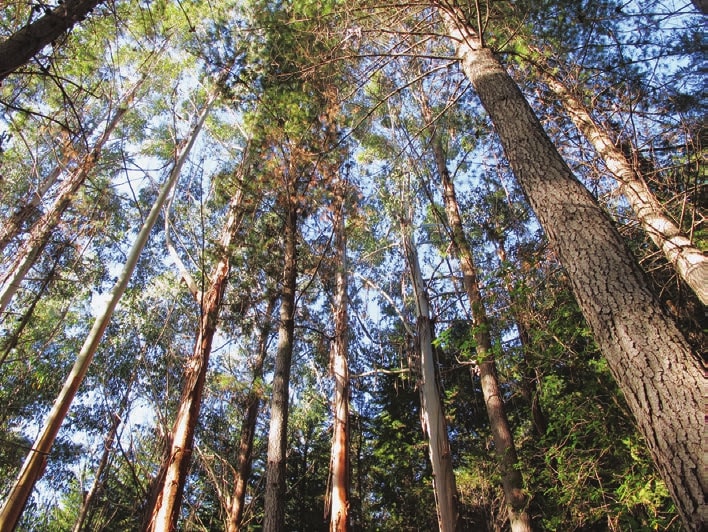 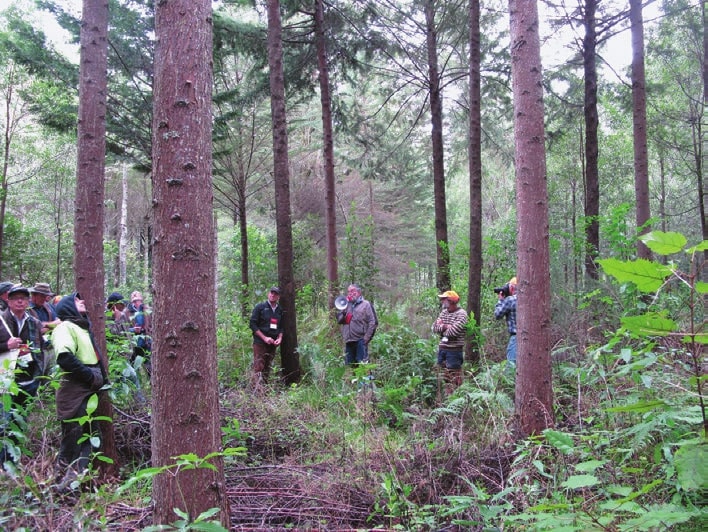 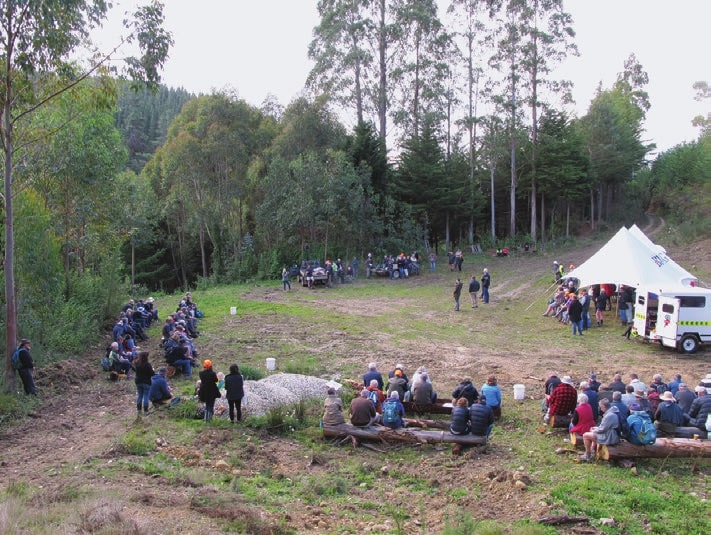 As we opened our sandwiches we were told about the Ovens cypress and macrocarpa close to the old skid site where we had our lunch, with a brief description about their canker status. Then we heard from Ruth Mconnachie, a consultant with the Radiata Breeding Company, about the genetics of radiata pine and the importance of managing the links of genetics with the site where the trees are grown.

We were reminded that, from the early 1950s, radiata pine were grown from seed produced in open pollinated seed orchards which gave a bit of genetic improvement. Then controlled pollination began to be used which is where the parent trees are carefully managed. This gives more options for top line seed lots with specific traits. So that people could understand what they were buying, the GF system was introduced – the letters G and F standing for growth and form. Numbers were added after the GF so that the latest versions have the highest number, as many farm foresters are aware.

However, in the early 2000s it was realised by the forestry industry that just having growth and form indicated as genetic traits was a bit limiting. At this time stress grading of timber was being introduced and density was becoming more important. As a result of the requirements for more about wood properties and health, changes meant that the term GF+ or GF plus is now being used, with a value applied for each of the traits, such as more density. The numbers after the GF+ are the result of breeding trials with their assessment producing the numbers as breeding values and giving a numeric scale. Current GF plus is only from controlled pollination, in other words from seeds and not cuttings. Clonal options may be included in the future.

We were told that on Bevan’s property, some of the clonal trials have been carried out for the past 10 years with one trial just behind where we were sitting. This trial, which we had a look at after lunch, is planted in six tree-rows up the hill along with GF 19 and a controlled pollination mix for comparison.

There was a question and answer session as usual. This ranged across a variety of topics, one of which was access to the latest GF plus seedlings. The question was asked if small-scale foresters should invest in the more expensive clones. It seems the answer was neither yes or no. This was because there was little or no access to the latest clones for most small-scale foresters as corporate forestry tended to buy them all.

Bevan explained again that he wants good quality, straight logs which are the best for straight timber. He first used to plant 1,200 stems a hectare, but now plants about 950 a hectare which seems about right, at spacing of three metres by four metres. He also plants all the other species at the same spacing.

The pines are production thinned to around 300 a hectare. For the final stocking rate Bevan was asked if he was targeting stem diameter or volume? His answer was that it was a bit of both. With bit of selective logging he looks at the needles on lower branches. If they are dying, he will thin a bit more, even as low as 200 a hectare. It was a form of continuous cover harvesting. He produces about 750 tonnes a hectare of good heavy logs.

After lunch we then walked through some of the rest of his trees admiring the amazing high pruning yet again. As Bevan had said, if you do not like high pruning, then do not do it.