Saturday morning of the Invercargill conference, and another sunny day in Southland. Farm foresters crowded into four big comfortable buses to head across the Waimea Plains to Alistair and Kate Mackintosh’s farm at Waimahaka, 50 kilometres east of Invercargill. Our bus leader, Graham Milligan, gave us a running commentary with interesting insights into farming in the area and the geographical features of Southland.

He pointed out the razor back ridges of the Southern Incline along the northern and western horizons, and described the turbulence of volcanic and earthquake activity that has formed the Southland landscape. We gazed with admiration and envy at the lushness of grass growth. Flat country gave way to gently rolling, and then to steeper hills as we approached our destination, Alistair and Kate Mackintosh’s farm Mt Surprise.

Disembarking from the bus and zigzagging up the hill, we became aware of the skirl of bagpipes. They became louder, and our pace quickened as the pipes called us to the summit. Then we could see the piper in his kilt, silhouetted by the morning sun, welcoming us all.

Then another surprise – the ceremonial ode to the haggis. Tributes to the family, including the first grandchild and the neighbours, made it reminiscent of a powhiri.

Kate had cooked the haggis, deliciously herbed and spiced with plenty for all of us including seconds, presented by outgoing President Patrick Milne, and accompanied by a dram of the best Southland whisky, borne by our new President, John Dermer. It will be a stiff challenge to better that for morning tea at future field days. 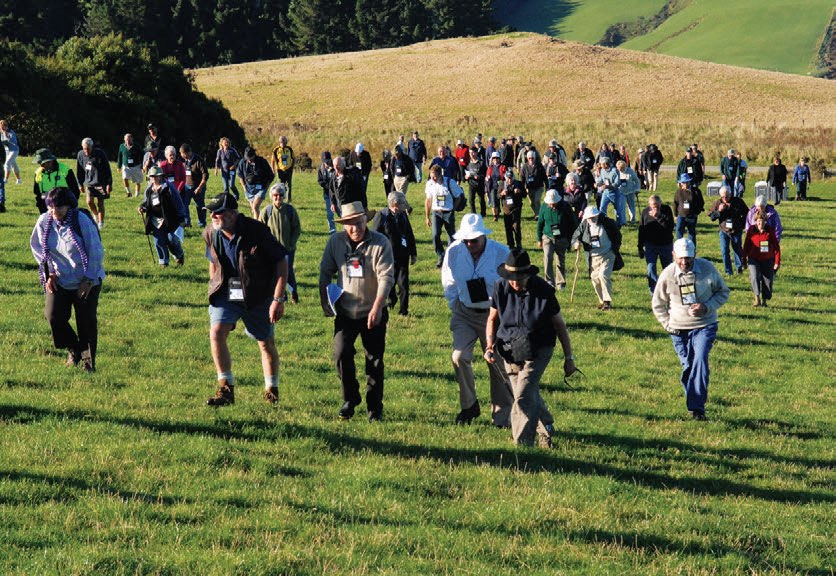 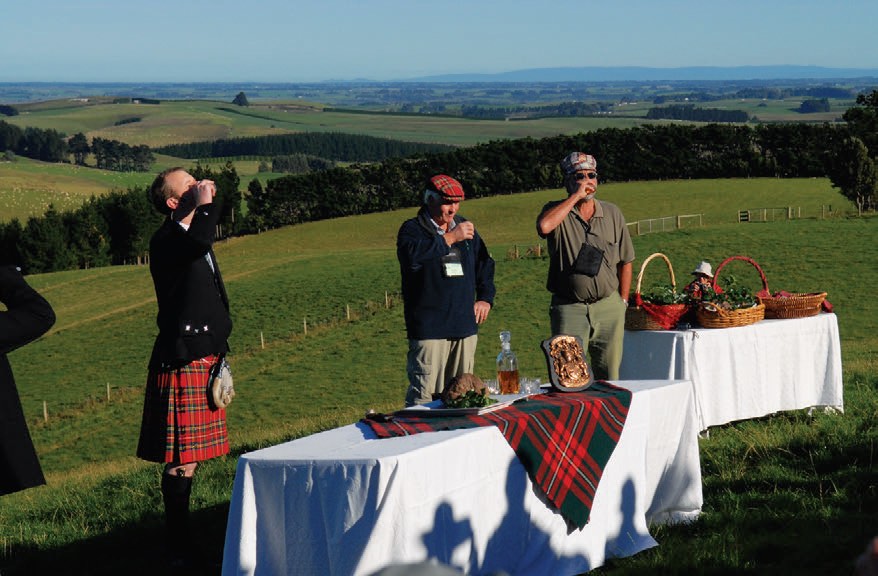 At the top were sweeping views to Bluff Hill, Tiwai Point Smelter, Stewart Island, Riverton,Takitimu, Tokonui and the Caitlins, and Alistair described their land and history. In 1983 Alistair and Kate bought the original 160 hectare farm. The coastal climate is characterised by cold winds from the west and south. Rainfall is approximately 1,150 mm a year, with the driest months in July and August.

Alistair had a background in rural banking and Kate has a nursing degree, invaluable in the tough times when income has been needed to survive the vagaries of financial survival. Over the years they have extensively developed their land by subdivision, planting woodlots and shelterbelts, and have added two neighbouring blocks.

Looking to the east, the commercial forests of Craigpine, Southwood and two smaller blocks dominated the skyline. These had been planted in the 1990s when the land was worth less than $1,000 a hectare. It was observed that at the present value of more than $4,000 a hectare the land use in 2010 was more likely to be grazing than forestry.

In describing the farm to us, Alistair stressed that their livestock are the most important component of the farm, and all development has been to enhance performance and carrying capacity. The original home farm of 160 hectares has been augmented to the present 360 hectares and the initial 25 paddocks have been subdivided to give a total of 130.

On our visit, the pastures had been topped, and were vibrant and strong the envy of North Island drought affected visitors, carrying 2,400 ewes and 680 hoggets. Lambing averages 160 and last year averaged 19.5 kg, well above the district norm. Cattle numbers vary and reflect the weather.

Although livestock come first, Alistair and Kate recognise the importance of shelter for the well being of livestock and have planted 10 km of shelter belts. Initially these were faster growing olearia and radiata, and then later with Eucalyptus cordata, Leyland cypress, and flax. They have an enthusiasm for E. cordata to attract bellbirds.The woodlots of pine, eucalypts and macrocarpa are all registered for the Emissions Trading Scheme.

Leaving the panoramic view of Mt Surprise, some skirted round to a rather wind-blown stand of Cupressus ovensii – emphasising the coastal challenge to any tree in Southern Southland.

The main group came down to a large pond surrounded by an old block of Bishop’s pine – of which popular opinion was not much good for anything, but an ideal backdrop to another Mackintosh passion of duck shooting.

What to do with macrocarpa

The next stand was of macrocarpa and sparked a traditional farm foresters’ discussion on future treatment. Paul Molloy was keen to prune to six metres or more.This would cost around $2.50 a tree and would increase the present low value of logs up to $250 a cubic metre. Ian Nicholas reminded us that these trees needed to have quality and be a good grade, and that bark encased knots take seven years to occlude. Don Tantrum observed that big branches grow big trees and wondered at the value of pruning at all.

The general consensus was that the stand was overstocked at 600 stems per hectare and should have been thinned to 300 at 10 years, and pruning should be little and often.

We walked on to the buses through shelterbelts of eucalyptus and radiata sheltering healthy pasture. The Mackintoshes’ success in forestry and farming has been recognised with various awards. In 2005 they won the Ballance Farm Environment Livestock Award, and in 2001 the Husqvarna South Island Farm Foresters of the Year. It is an immaculate farm, confirming to farm foresters that the recognition by way of these awards is well deserved. 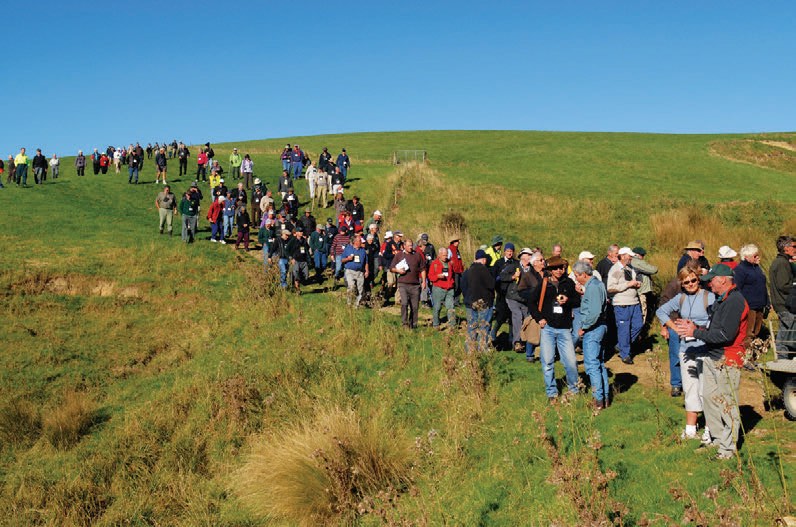