Over lunch at Dipton Hall, on yet another fine day with the usual apologies from the locals for the weather, we were told about Ernslaw One’s vision for Douglas fir. Ernslaw One have 14,500 hectares of Douglas fir plantation in Otago and Southland. They are now planting only Douglas fir in the South Island.

White Hill, previously Barn Hill named after a distinctive rock, was purchased in 1995. Initial preparation and burning was followed by discing up and down the faces. Annual rainfall is 1000 mm, but the wind can cause drought-like conditions. A total of 1,300 of the 2,300 hectares were planted with containerised one-year-old Douglas fir seedlings in 1998 and 1999.

Pines were used in some exposed areas but we were told that Meridian Energy sorted that out, when the wind farm started. Extensive quality checks were used, with bonuses for good planting and demerits for loose trees.The planting costs were 26 cents a tree, totalling $2,500 a hectare. The forest is certified under the Forest Stewardship Council (FSC).

A production thin on the flat areas is planned at 16 to18 years. Possibilities include air dried fuel chips or pellets from the smaller logs. Mt Difficulty winery has already converted its fuel source from gas to wood chips and is now carbon neutral. Ernslaw Bio-energy was formed in 2008 to investigate alternatives. It is hoped that thinning can occur at six to eight year intervals, with clear felling at 45 years. On steeper faces where thinning is not feasible, the trees will be removed earlier.

Other possibilities include mushrooms and truffles from inoculated seedlings, growing ginseng under forest cover. 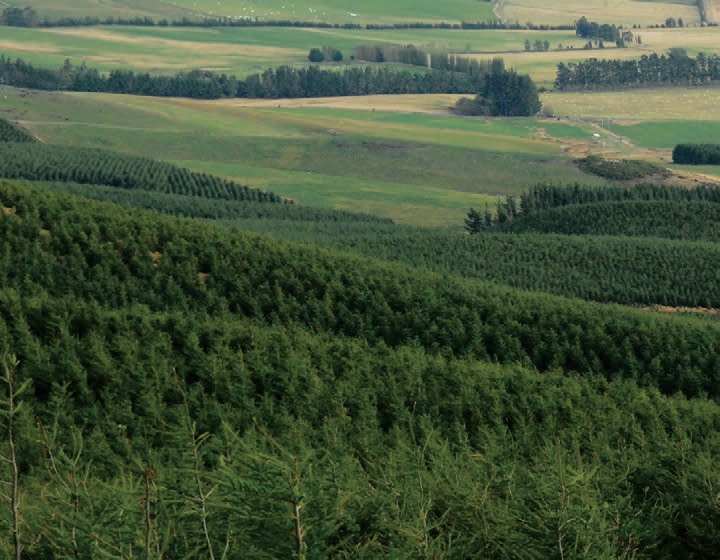 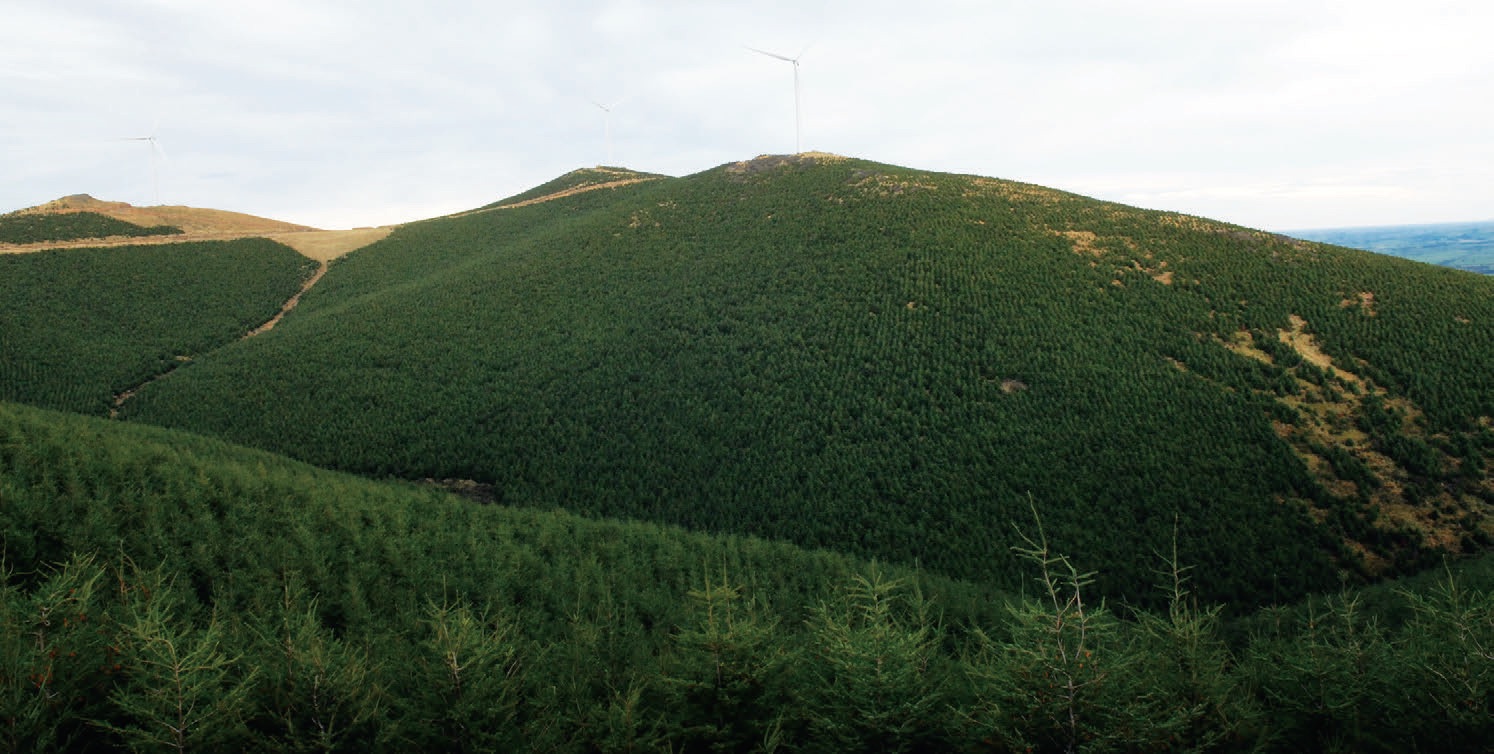