The true value of planted forests – An introduction to ecosystems services

We see the trees, we see the wood, but what about the other benefits which planted forests provide? We benefit from the different environments or ecosystems we encounter in our daily lives. Some of the benefits are easily recognised, counted and given a market value − others are less obvious.

Identifying and working out the true costs and benefits of different land uses is one of the main objectives of using ecosystem services when making decisions. Information analyses can be used to improve land management decisions as they help account for tangible and less tangible benefits in the long run.

The different ecosystem services such as wood products, recreation and avoiding sedimentation are distributed among provisioning, regulating, cultural and support:

Valuing ecosystem services with non-market values is part of the work of a small group of scientists based at Scion in Rotorua. They are focussing on understanding and valuing the regulating and cultural services which planted forests provide.

Richard Yao is one of Scion’s specialists in forest ecosystems services. He and others have provided an indicative value of the service of erosion prevention by forests at $121 a hectare each year. This value was reached by considering the costs of removing silt from drinking water, at around $5.60 for each tonne of sediment filtered, and avoided flood damage of 90 cents a tonne of soil, together with an estimate of how much soil is lost from each hectare in a year from non-forested land.

Nutrients such as nitrogen and phosphorus leaching into waterways can stimulate the growth of algae and weeds. Streams, lakes and estuaries choked with weeds are not good for wildlife or people who like to swim, fish or go boating.

The water quality in Lake Taupo has been improved using a cap-and-trade scheme to reduce the amount of nitrogen entering the lake. The Lake Taupo Trust fixed the maximum nitrogen run-off, or caps, for various land uses and valued each kilogram of nitrogen kept out of the lake at $400.

Less is known about phosphorus run-off from different land uses. However, in general, forestry seems to contribute the least amount of phosphorus to waterways, further improving water quality.

The value of cultural services

People use planted forests for recreation, forests are home to rare plants and animals and they provide other less tangible benefits. The value of these cultural services can be surprisingly high, but hard to put an exact figure on. This estimating is usually carried out in one of two ways. One way is by surveying people’s stated preferences, asking them what they would be willing to pay for a series of different results, the other is by looking at their revealed preferences – what people actually do and how much it costs them to do it. 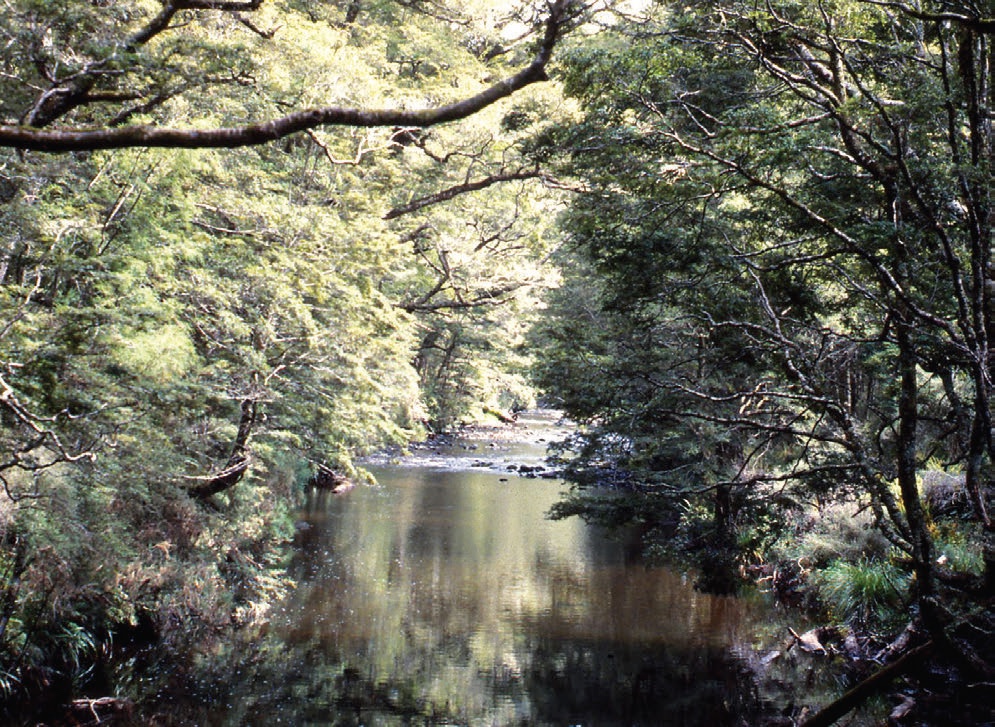 People walk, run and bike in planted forests, especially those which are close to cities and towns. The stated and revealed preferences have been used to value these recreational amenities at between $34 and $67 a visit. When visitors to two Canterbury forests were asked how much they were willing to pay for a visit, those using Hamner Forest replied $67, those at Bottle Lake Forest near Christchurch said $52 a visit.

For revealed preference, or the time and money people spent travelling to and in Whakarewarewa Forest near Rotorua, it has been calculated that walkers spend $34 and mountain-bikers spend $52 per visit. Using mountain biking as an example, about 120 km of mountain biking trails are distributed across the 3,800 hectares of production forest. With around 130,000 mountain biking visits in 2014, the recreational value of the forest is about $1,800 a hectare each year.

Not all planted forests are as heavily used as Bottle Lake or Whakarewarewa. A forest’s recreational value will be affected by its proximity to population centres, size, accessibility, amenities, features and other factors, and would need to be considered case-by-case. 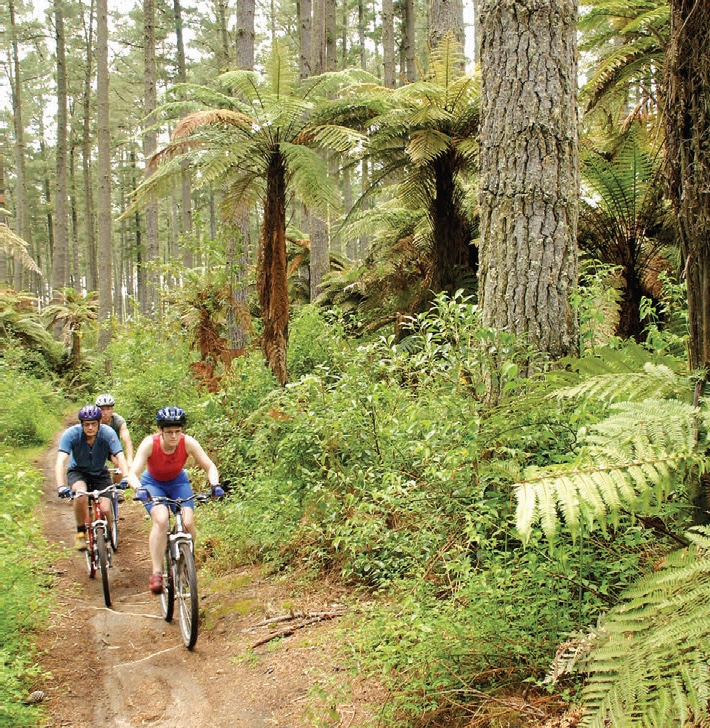 Many hectares planted with one species implies an ecological desert, not biodiversity, but perception is not always the reality. Over 118 endangered native species and many other species make radiata pine forests their home, including kiwi, falcons, bats, lizards, fish, fungi, insects and rare plants.

Recent work by Scion involved asking people how much they would be willing to pay to see more bush falcons or kiwi, for example. Typical New Zealanders are willing to pay about $63 a year for a conservation programme which would increase the abundance of important native species in exotic forests. Applying the method used to calculate the biodiversity conservation value for indigenous forests, the estimated biodiversity value of exotic forests is around $257 a hectare each year. 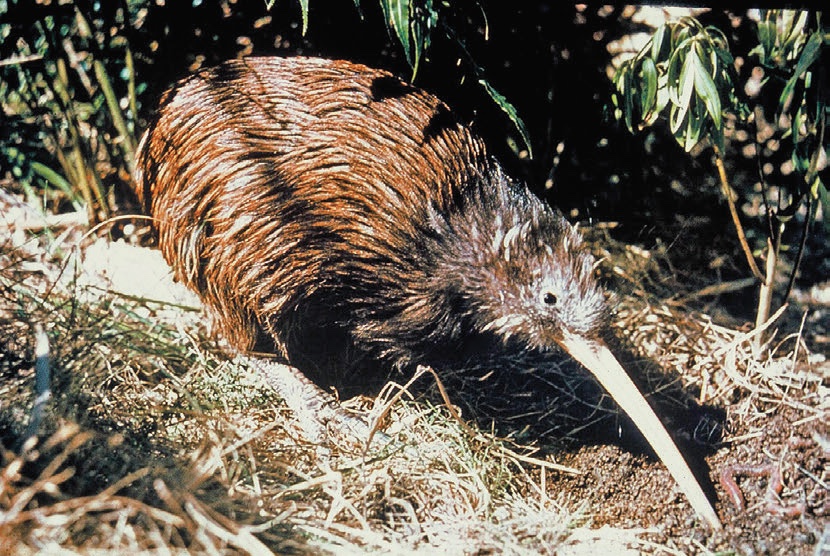 Spiritual values, or how people feel about their land, is also a cultural ecosystem service. The values are influenced by family and whanau ties, a sense of identity, place and nation, history, heritage and aesthetics, which makes them hard to define let alone value.

Spiritual values and ties to the land can be very strong and influence in land use and decision making. The case of a wind farm proposed for the Lammemoor Range in central Otago is a very good example. The proposal attracted strong resistance, despite its benefits, and failed to gain consent due to the substantial adverse effects it was likely to have on an outstanding natural landscape.

The effect of aesthetics on property values is another area where spiritual factors come into play and can be seen to add value. New Zealanders will pay a premium to live near or have views of water and to live in diverse landscapes with fragmented forest patches with rich biodiversity and productive potential of forestry or agriculture.

The true value of planted forests

A more accurate picture of the true cost of a land use emerges when both its positive and negative effects on the environment are considered. Using true costs, the possible consequences of changing to a more intensive land use, or changing the mix of land uses, can be modelled. The information can be used make decisions on future land use at a local, regional or even nationwide scale to optimise benefits to people and the environment. 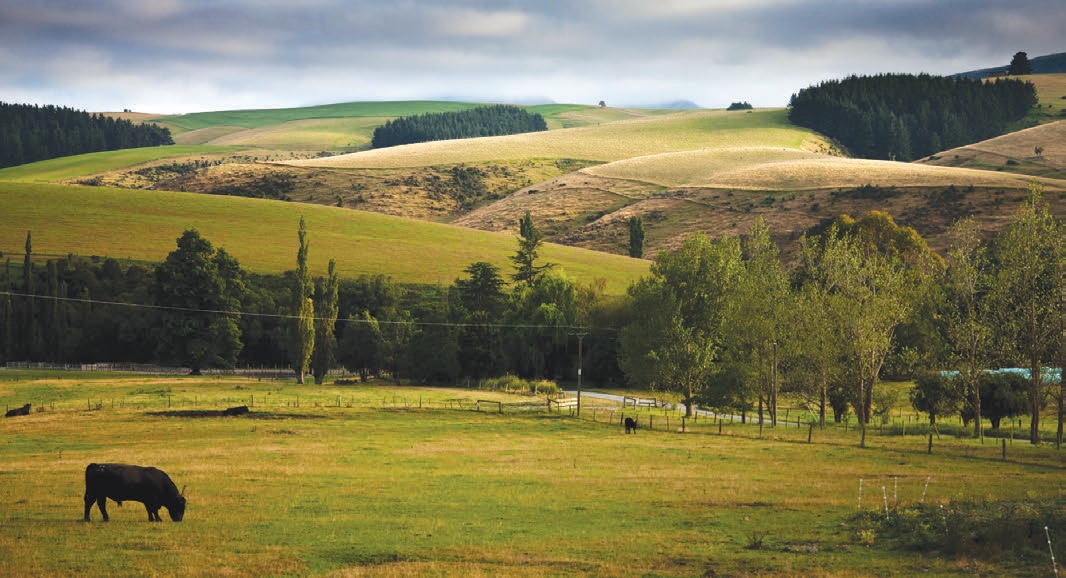 The Ohiwa catchment in the eastern Bay of Plenty has been the subject of a case study carried out by Scion scientists. Horticulture, dairying, sheep and beef farming as well as exotic forestry all take place in the catchment. In terms of nett operating profits, horticulture and dairy bring in the most money while sheep and beef farming and forestry are less profitable. However, when regulating services are taken into account, the picture changes significantly.

Nutrient regulation or nitrogen leaching affecting water quality has a significant effect on the environmental bottom line. High levels of nitrogen leach from dairy farms and horticultural sites, while less leaches from other forms of farming and leaching from established forests is minimal. The ecosystem services value of dairying and horticulture becomes negative when the value of nutrient regulation is added to operating profits. Only forestry makes an overall positive contribution to the environment. When ecosystem services were considered for productive land uses across the Ohiwa catchment, forestry contributed around $19.5 million while the value of dairy bottomed out at negative $29 million a year.

Having established a baseline, this information was used to model how changes in land use could affect the ecosystem services bottom line. A scenario which increased the area of planted forest by 10 per cent by converting land used for dry stock showed that each hectare converted would lead to a net gain of $8,900 a hectare, or $2.8 million for the whole catchment.

Large scale changes in land use, such as converting pasture to forest simply to improve ecosystem services, is unrealistic and could result in negative consequences such as reduced food production and job losses. It is necessary to think of it as being complementarity, not competition, and optimise trade-offs between productive land and ecosystem services.

Landcare Research scientists took this approach when they looked at how the use of productive land between Cambridge, Rotorua and Taupo in the central North Island could be changed to improve water quality and erosion control without sacrificing agricultural output. Running different scenarios, they found that water quality could be increased by 10 per cent if forestry moved north and dairying moved south.

Moving dairying activities southwards again, water quality increased by eight per cent and erosion decreased by 14 per cent. Less land was needed to maintain agricultural output, suggesting either that increases in production were possible or the extra land could be used to provide additional ecosystem services, for example by planting in native or exotic trees.

Both the Ohiwa and the central North Island case studies show how ecosystem services can be used to plan land use to benefit both the environment and productivity. At a farm level, for example, a dairy farmer could plant less productive land in exotic or native trees, and develop riparian areas to reduce nitrogen leaching and erosion and to increase flood control. At a regional level, councils could restrict activities on land vulnerable to nutrient leaching and encourage habitat restoration. At a national level the information can be used to help develop policy such as subsidising tree planting in erosion-prone areas and making decisions on the how to use land owned and managed by the Crown.

Market and financial indicators do not take into account the positive and negative effects of different land uses. Armed with information about the true cost of an activity, local government, land owners and other investors will be able to assess the actual and future potential economic value of different industries and be better placed to make evidence-based decisions about land use. Using ecosystem services to improve accounting should, other things being equal, reduce market failures with respect to management of natural resources and help ensure land prices reflect its productive value. Collectively, this will improve the sustainable use of New Zealand’s natural capital into the future.

Richard Yao is a resource and ecosystem services analyst at Scion.