When it comes to replanting after a forest harvesting, I can comment on our experience in the Bay of Plenty. Other areas will have different weeds and problems to deal with on their blocks.

We started harvesting back in the 1980s, so we are now well into our second rotation. When we originally started planting trees it was into clean pasture, mostly on steep hillsides. Looking back it was a fairly simple operation. We built a good fence, chewed the paddock out hard with sheep or cattle, planted seedlings, came back and spot or release sprayed, and that was it. We have always tried to harvest through the summer months and plan on planting the following winter.

Replanting following harvesting is quite different. Everything grows well in the Bay of Plenty and this includes weeds. The main ones for us to contend with are inkweed and blackberry, and it is incredible where they come from and how fast they take over. Inkweed is not so serious, as it is very sensitive to Roundup and can be controlled by knapsack spraying, or in bad cases by aerial spraying. It is also quite frost tender so the first couple of frosts will set it back, but unfortunately it can re-grow again in the spring.

Some of the other weeds now showing up in our area are buddleia, pampas grass and woolly nightshade. Biocontrol appears to be having some effect on buddleia. I suspect in some cases these newcomers arrive with the logging machinery. It is good practice to make sure that the logging crew have cleaned their machines thoroughly since their last contract.

An example of our most recent experience was logging a 12-hectare block which we finished at the end of January. Despite having an exceptionally dry summer the weeds bolted, blackberry and inkweed being the main ones. The plan was to replant with radiata pine cuttings this winter, but the main problem was the blackberry.

The block was sprayed by helicopter in late February. The result was that inkweed disappeared within a couple of days and the blackberry a bit later. We may still have to cut some lines in the blackberry, but at least it is dead. The block was sprayed with Tordon brush killer as the main ingredient. This meant a withholding period of approximately three months before planting to avoid the newly planted seedlings being affected.

Because the block was on a boundary on one side, and a stand of young redwoods was on the other, it was important that the spray application was accurate. The operator did a very good job and there was no damage outside the spray area.

The blocks which have just been harvested are in most cases radiata pine, but often the grower will consider a different species for the next round. In our situation, when we first planted pines there were few if any rules or restrictions and we planted right down the stream edges. With more awareness of environmental problems and the protection of waterways, we are now keeping well back from these areas with commercial plantings.

Areas along streams and wetlands are left to revert and planted up with indigenous species. Some form of management is necessary as the first things to grow well are the weeds. Often these areas can be controlled with a knapsack spray and Roundup.

Some of the other species that could be considered for replanting into harvested blocks are the cypresses, redwoods, eucalypts or blackwoods. These are a bit more sensitive to sprays, and often need to be treated with more care. Generally, we have found trees planted into the second rotation grow very well and often better than the first rotation once they are established.

Depending on the season, regenerating pine seedlings can sometimes be a problem. After planting the block with cuttings or some of the new breeds of GF-rated trees, it can be a bit frustrating to see hundreds of seedlings come up. If left, these plants can take over. A decision needs to be made to either pull them out when small, or be prepared to chainsaw them out later?

Hopefully the harvesting would have given a good return. If not, why? So how can you do better in the next rotation? Did the contractors or consultant come up to your expectations? Attending farm forestry field days, asking questions, talking to others about their experiences are both good and bad, but they are all very good value and an excellent way to gain some knowledge.

Geoff Brann and his wife Gill have been been involved with forestry for about 45 years and harvest on a regular basis. 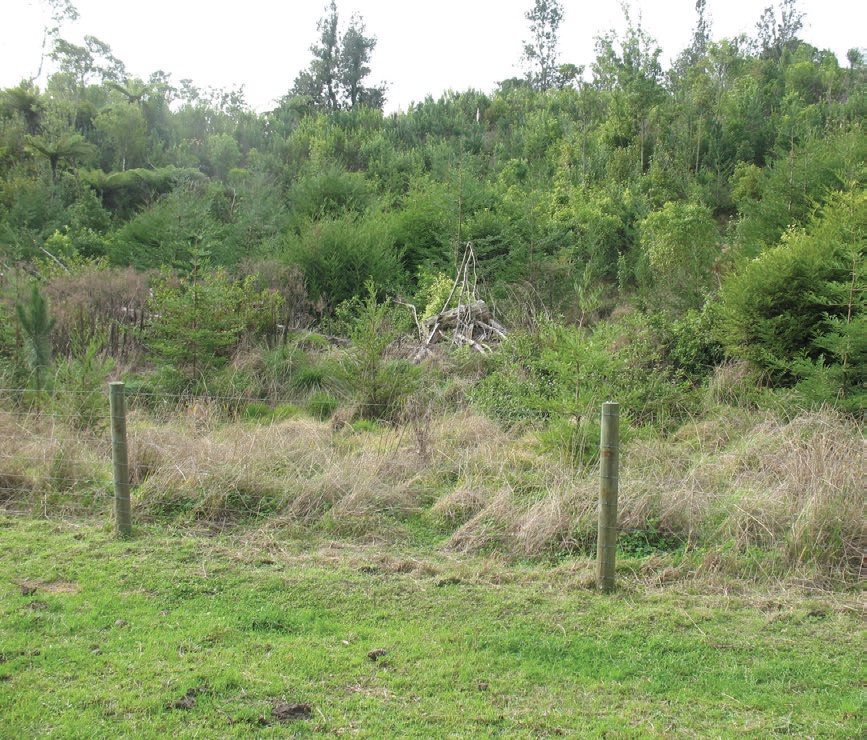