Logs a quarter of Napier exports

The Port of Napier has been a part of the Hawke’s Bay landscape since 1875 when the Napier Harbour Board Act was passed. At that time the port was situated in the Ahuriri inner harbour, moving to the current breakwater location in 1893 after much discussion and debate. Hawke’s Bay has shared many milestones over the years with the port, including helping with provisions after the 1931 earthquake and celebrating success and innovation with many Hawke’s Bay companies.

Under the reform of the waterfront and ports completed in 1989, the Port of Napier Ltd was developed and is fully owned by the Hawke’s Bay Regional Council. The port operates eight berths, servicing a combination of logs, wood products, oil, fertiliser, containers, live animals, cement and cruise vessels. Almost all mobile plant is owned by the port, including four container cranes, which in turn are supported by a mechanical and marine services section. In 2009 reclamation was undertaken between two smaller wharves to increase storage area which, although not originally planned for such, has been essential in managing the extra log volumes exported through the port.

Pania Reef is a substantial reef slightly offshore from the port entrance requiring specific navigation for larger ships. Therefore the port operates two modern tugs – Te Mata and Ahuriri which showcase advances in technology with their maneuverability and reliability.

As Hawke’s Bay is a heavily primary industry based region, cargo imported or exported through the port is biased towards wood products and horticultural produce. Log exports currently are approximately a quarter of the total volume handled by the port, with the additional volumes of timber, pulp and wood chips making up a very successful forestry products sector. 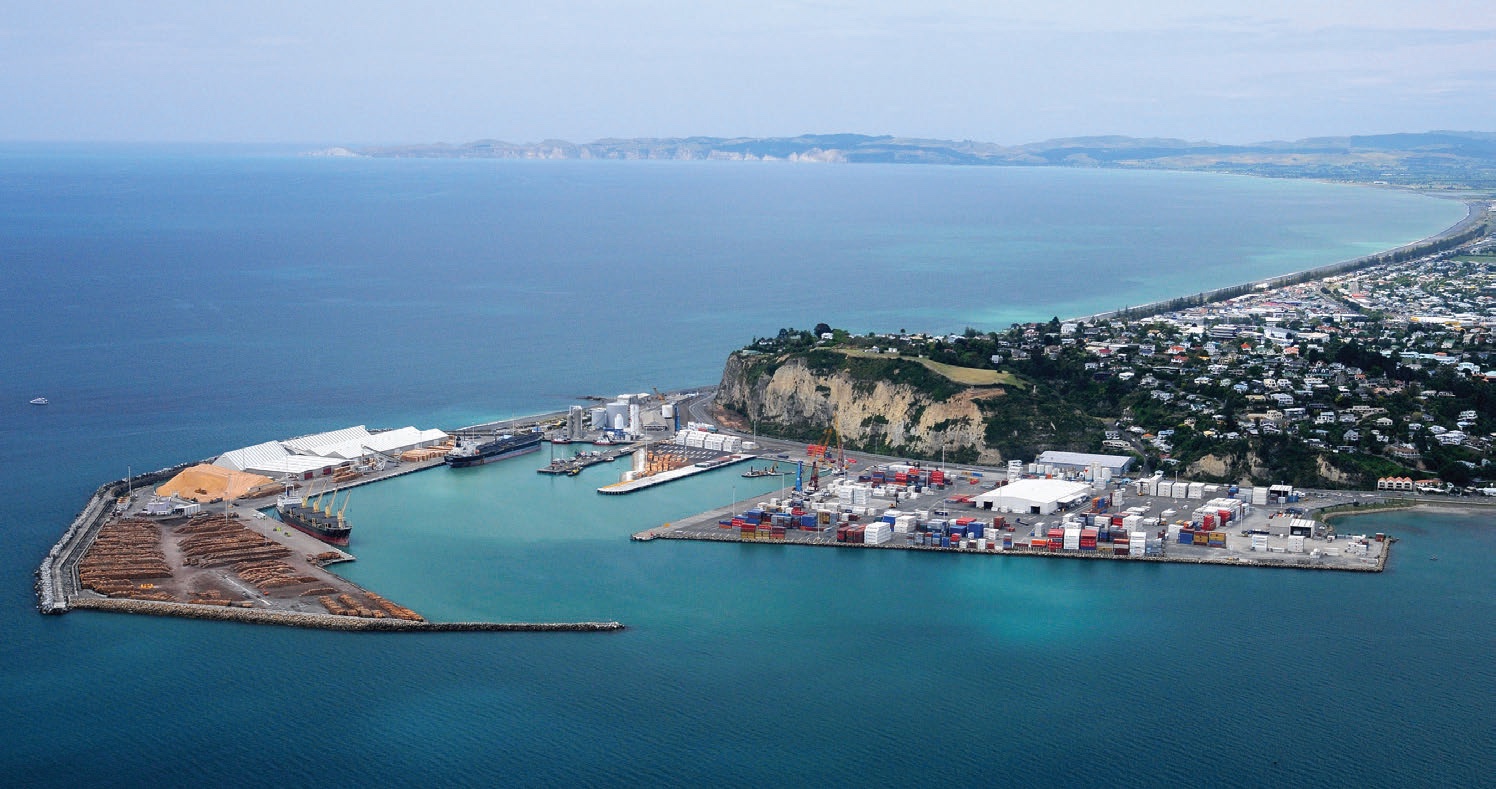