In April 2011 we harvested a 1.5 hectare block of 1985 radiata pine. The block was planted by previous owners of the land under guidance of Wellington Regional Council, and was mainly to control land movement as it sits at the bottom of two fault lines. In this respect it had been a success. The trees had been pruned and thinned somewhat, but this was by no means a prime crop.

We decided in the spring of 2010 to harvest the block, ideally in February and March of 2011 for two main reasons −

We received two tenders for the work which were very close in terms of price. We opted to go with FOMS – Forestry Owner Marketing Services Ltd, based in Feilding, mainly because they were able to harvest in the late summer when we hoped conditions would be dry. Marcus Musson was our harvesting manager and the harvesting contractors were Forweda Contracting.

The trees were harvested under a managed sale agreement, where the risk associated with log price variation rests with the forest owner. As it turned out, we hit the peak period for log prices. We were also lucky that, despite the harvest being later in the season than we had hoped, the weather remained dry for almost the whole operation. 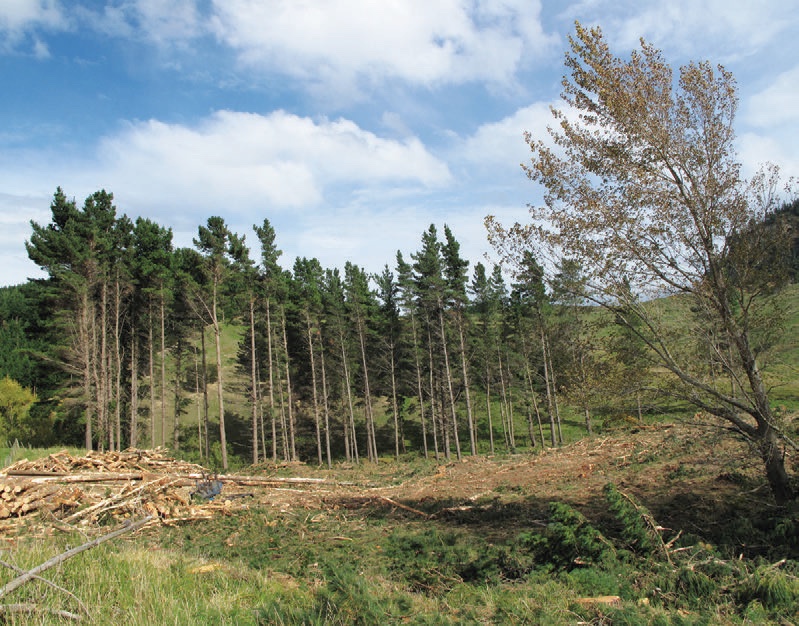 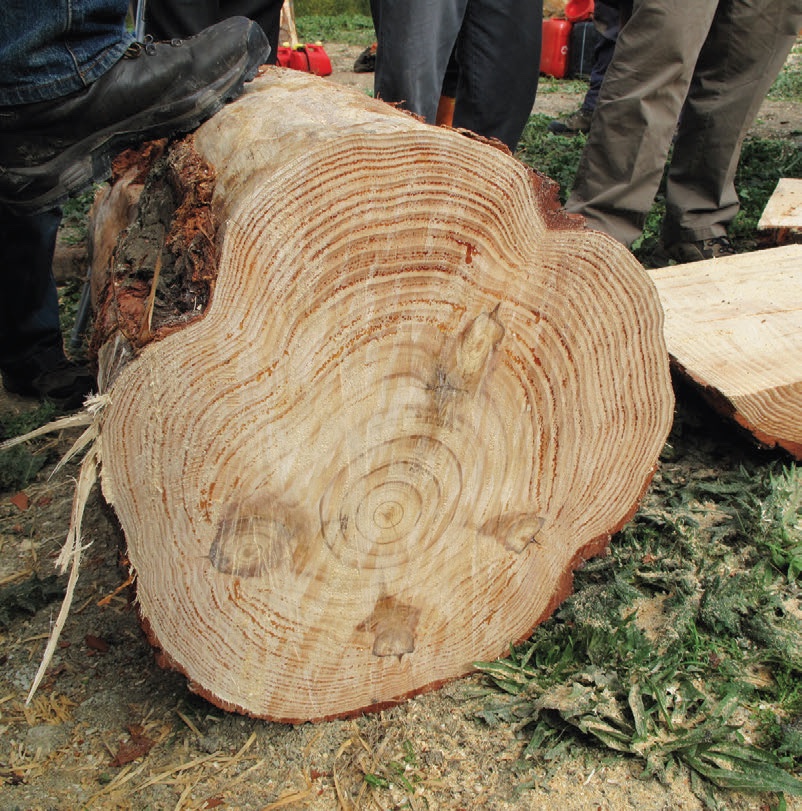 The area harvested was approximately 1.5 hectares. The total weight of logs over the weighbridge was 809 tonnes, of which approximately 75 per cent went to China via the wharf at Wellington wharf. The remainder went as sawlogs to Eurocell in Upper Hutt and Kiwi Lumber in Masterton.

Logging costs came to $33.50 a tonne. The transport costs were $14 a tonne to Masterton, $25.50 to Upper Hutt and $32.50 a tonne to the wharf. The average price received per tonne was $31.85 and the total return to Tinui Forest Park Ltd came to $25,766. We were very pleased with the operation and were lucky with the financial result, given the mediocre quality of the crop, and the fact that prices have now slipped back.

The site will be replanted with redwoods in winter 2012. We are delaying replanting by one year to allow us to spray off any pine regeneration.

Suffice to say, we will not have much left over. 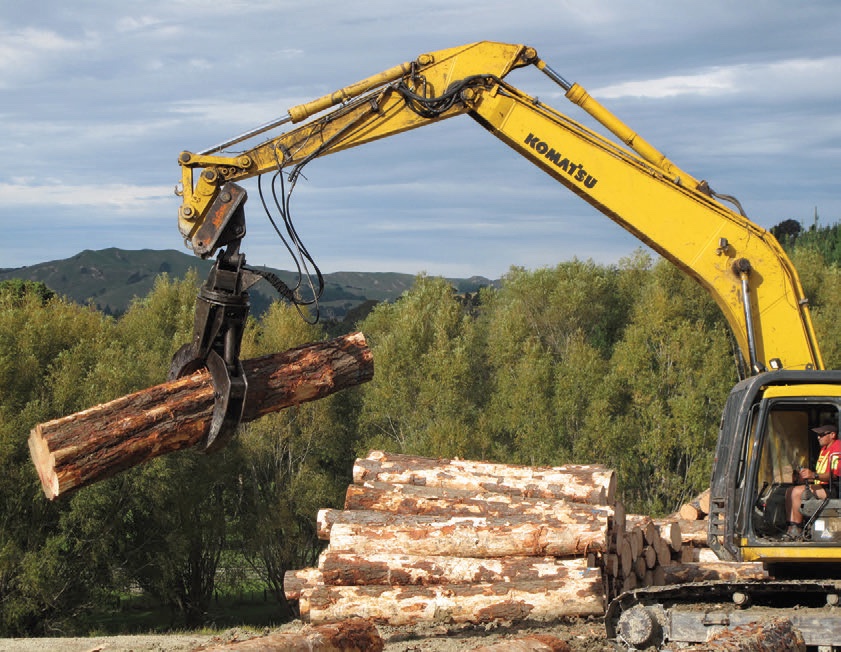