For many years Alistair Malcolm has been an orchardist and fruit tree nurseryman growing apples, peaches and nectarines as well as running fruit packing sheds and cool stores.

In 1986 he bought 80 hectares of regenerating scrub and wilding pines on Arapawa Island. For a while he planted pelleted black beech seed, planted hundreds of other native trees and worked with Nick Ledgard and
Scion on controlling his wilding pines. He has always had an interest in trees and in the mid-1980s took part in Bruce Treeby’s farm forestry correspondence course .

Then in 2012 he bought 63 hectares at Glenmark in North Canterbury. It was mostly grass but with a few trees. The land is summer dry North Canterbury easy hill country with an annual rainfall of 700 millimetres and is 120 to 215 metres above sea level.

The aim was to build a house and plant a forest, and in particular a carbon forest. He decided on a carbon forest as an extra opportunity for income as he wanted to grow trees and was not particularly interested in running livestock. The carbon forest is mainly planted with eucalypts which he intends to prune and thin.

He started planting Douglas-fir almost straight away and has continued planting. There are now 42 hectares of radiata pine, Douglas-fir, cypress, poplars, cedars, eucalypts and natives.

In 1989 he was awarded an MBE for services to horticulture and education and has been very active in the community including important work for the primary school, bowling club and Lions club. He was also part of a team which, in 1998, set three world speed records in a two-seater glider. 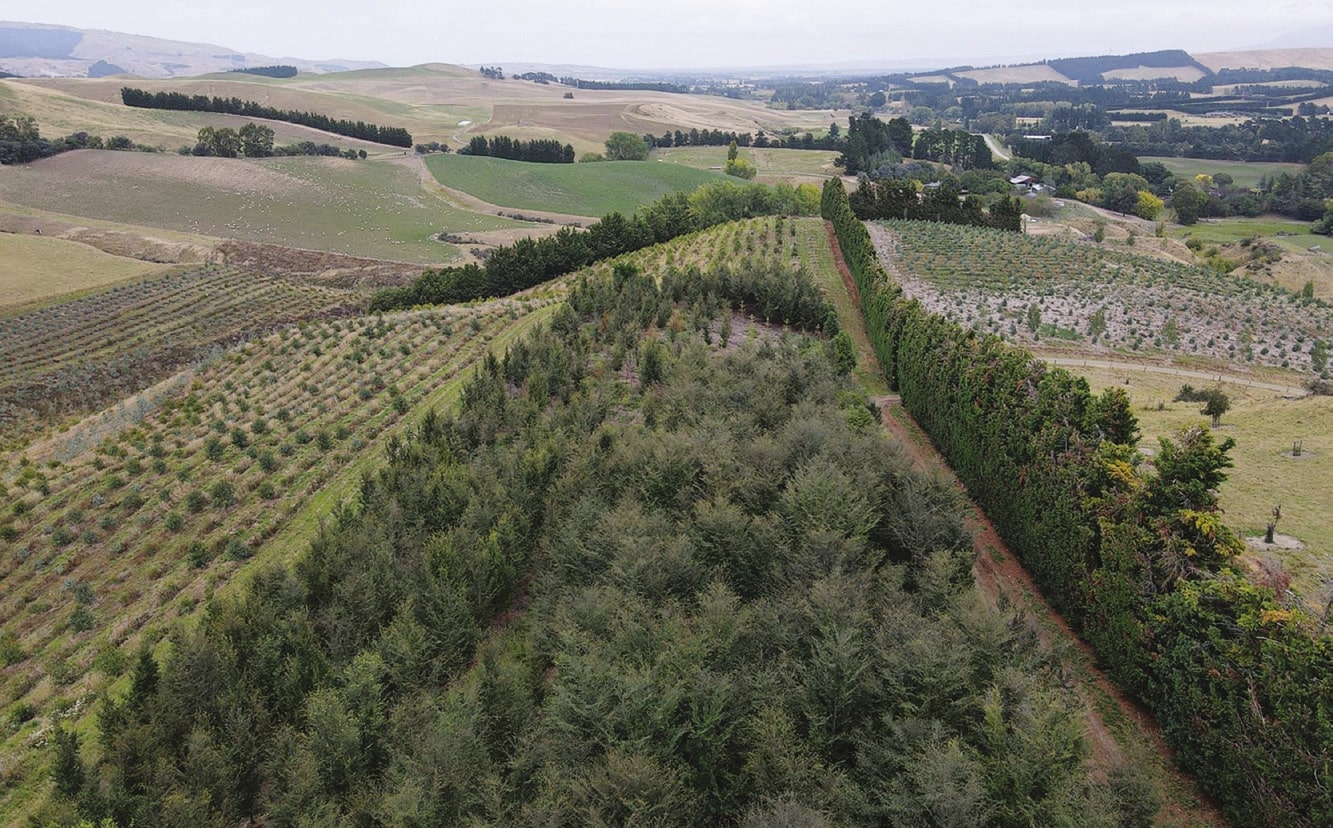 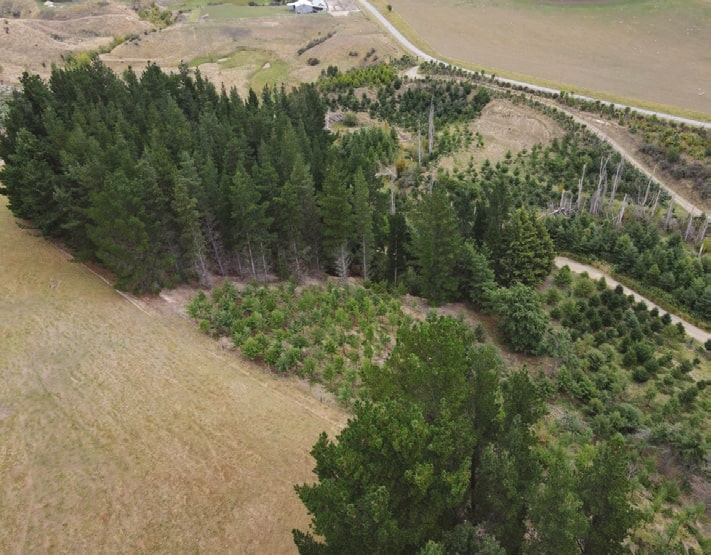 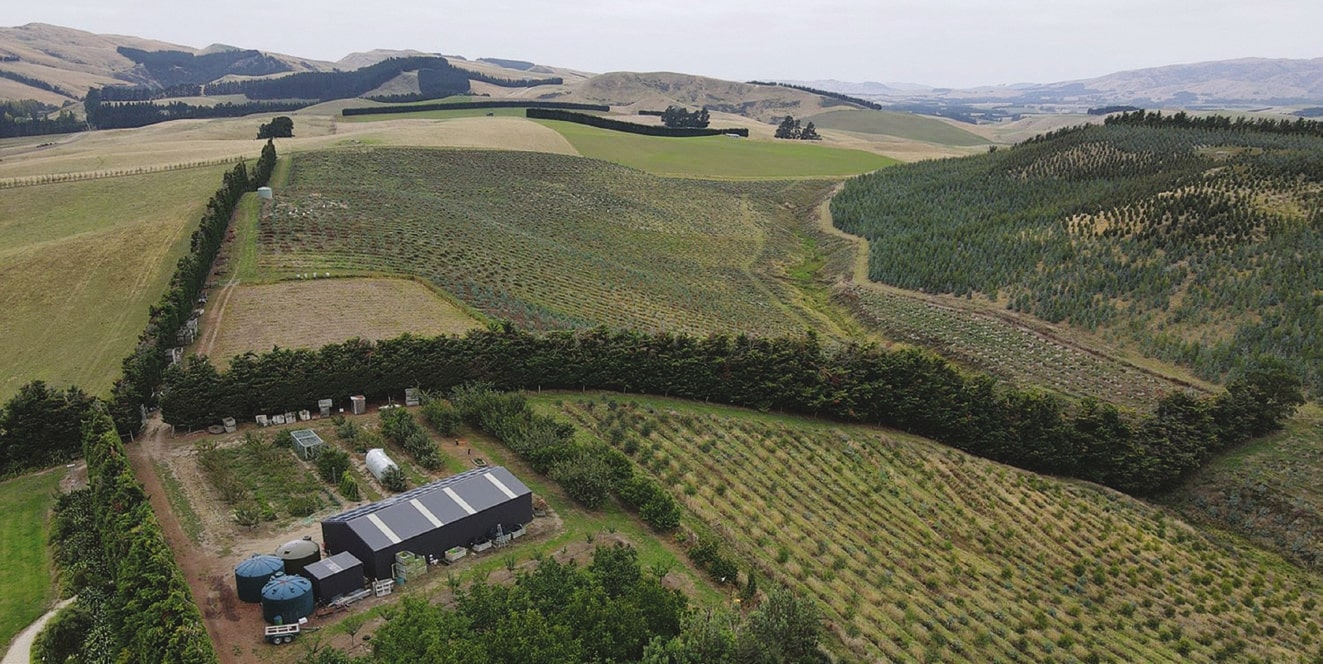 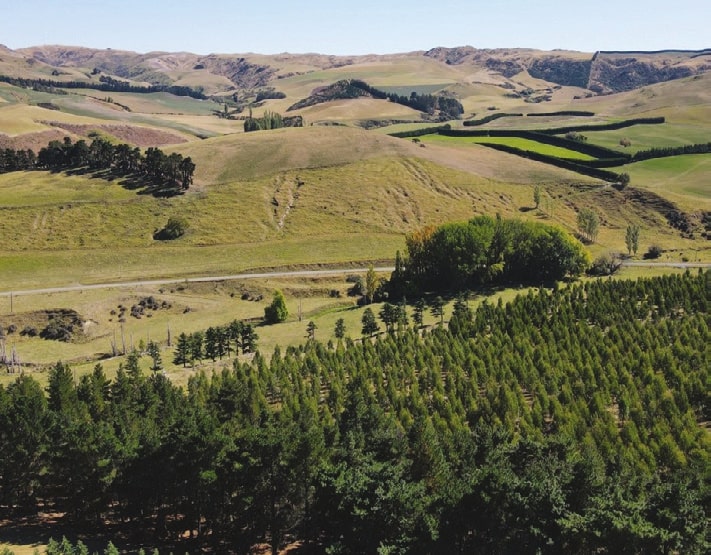