Claire and Terry Gavin’s 53-hectare forest farm Otiria is situated at Owen Junction, 23 km north of Murchison on flats alongside the mighty Buller River. The predominantly north-facing property lies under the flanks of Mount Murchison, is approximately 50 km from the West Coast as the crow flies, with Nelson 110 km to the north east. A place of beauty and natural interest, it has been designated as a ‘landscape area’ by Tasman District Council.

The property was purchased in 1994 when, returning from a family southern holiday, Claire and Terry saw a ‘for sale’ sign half an hour north of Murchison. They had been looking for somewhere to plant trees and seeing this property were instantly smitten, and 24 years later still are. Since 1994 they have been flat-out planting, landscaping, pruning and controlling weeds which they describe as the complete cure for mid-life angst, apathy, boredom and sloth.

Previously farmed as a cattle and sheep farm, at the time of purchase it was all in pasture of variable quality, except for patches of indigenous bush and scrub. An adjoining seven hectare block acquired in 2005 was a jungle of four-metre high blackberry, broom, muehlenbeckia, bracken, along with neglected oak, walnut,Tasmanian blackwood, eucalypts and cypress.

While a beautiful and picturesque location, it is challenging for forestry. The soil is stony, which makes planting difficult. The climate is harsh, with baking hot summers and cold winters. There are occasional droughts with one particularly severe lasting three-and- a-half months. Occasional severe flooding has resulted in the loss of several hectares of river flats. Frosts can be heavy, to the extent that there can be permafrost across the property in shaded areas for two to three weeks.

When they purchased the farm, Claire and Terry were both living and working full time in Nelson, but they still managed to work the best part of three days a week on the farm, mostly planting and scrub cutting. Now retired, they are spending more than half the week at the farm spraying, planting, pruning and increasingly important riparian work. Their aim is to grow good- quality alternative timber species and to protect, enhance and enjoy the environment they work in for themselves and future generations. In recent years they have been working in conjunction with Tasman District Council on riparian management and flood remediation work in a co-operative relationship.

Soils are part of the Hokitika and Ahaura series, which consist of well-drained sandy loam derived from granite, greywacke and some schist. Topsoil is minimal, with a lowish pH of 5.7. The subsoil is made up of sand, gravel and rocks. The farm is at an inter-zone between the wetter West Coast and the drier Marlborough to the east.

Rainfall is upwards of 1500 mm a year, frosts are frequent in winter. There is also the occasional hoar frost and snow falls about once a year but does not linger on the ground for more than a day or so. The prevailing south west winds are funnelled from the west along the Buller Valley. These are generally mild but occasionally severe enough to cause windthrow in wet weather.

There are plantation and shelter plantings on Otiria in which a wide range of species have been planted – too many to list here. Shelter plantings consist of a 350 metre hardwood mixture of oaks, chestnuts, shagbark hickory and tulip trees and 250 metres of Leyland cypress. A further 4.5 km of shelter is provided by bush boundaries, plantation edges and riparian plantings. There are approximately 21 hectares of plantations, predominantly cypress, redwoods and poplars.

Amenity plantings include native and exotic species − small groves of remnant beech, totara kahikatea and matai have been retained, fenced off and nurtured. A barrier of relatively fire-resistant native species has been planted alongside State Highway 6. This also provides continuity between the Owen Scenic Reserve just across the highway. As is usually found on such properties there is an extensive arboretum containing exotic and locally sourced native species. 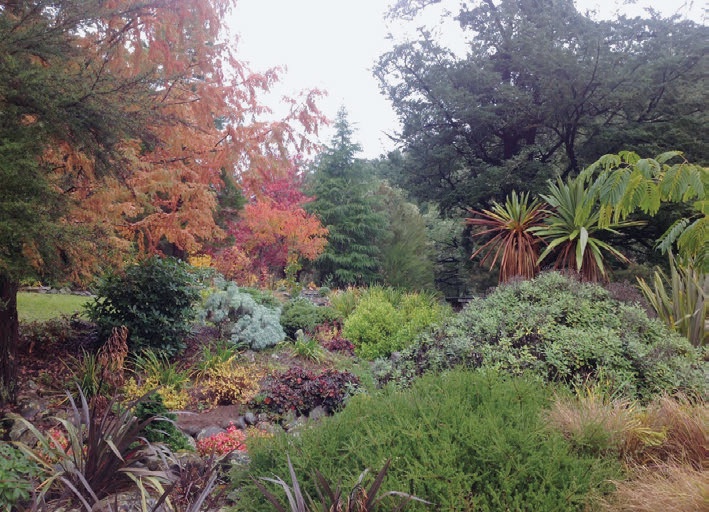 There is a stream riparian and conservation programme which involves the removal of old crack willows and keeping flood channels open and enhancing riverside vegetation. Most of riverside vegetation is natives such as beech, lancewood, kowhai, flax, coprosma, pittosporum, wineberry and where appropriate this has been supplemented attractive ornamentals, bird-friendly species, and poplar or bitter willow for erosion control. A new initiative is a joint riparian project with the Tasman District Council which will see plantings of lacebark, ribbonwood, lancewood, mountain totara, kapuka, kowhai, toetoe, flax and carex planted. 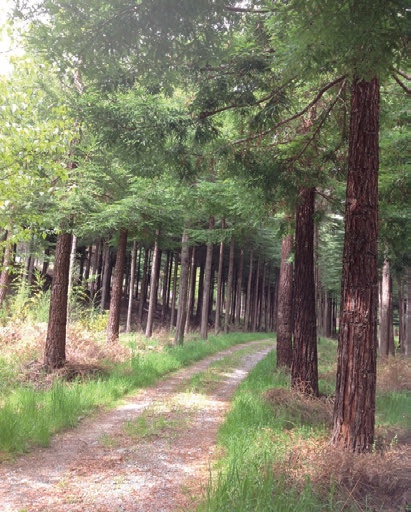 Weed and pest control, and silviculture

Weeds are synonymous with the West Coast and controlling broom, bracken, blackberry, buddleia, Himalayan honeysuckle and muehlenbeckia has been a long battle for Claire and Terry. Occasional incursions of gorse have been found along the river and they have been swiftly dealt with. In conjunction with the Department of Conservation and Tasman District Council, there is a spraying programme to eradicate reed sweet grass in wetland areas. On the positive side, damage from pigs and possums has been minimal as they have been controlled as part of the TB free programme.

Terry and Claire love pruning which has resulted in almost every planted tree being pruned, frequently to 6.5 metres using secateurs, loppers, pole saw or a reciprocating power saw. In many cases the prunings are collected and placed around trees as mulch which results in a very neat plantation. Pruning evergreen species is usually carried out in the winter, while deciduous species are pruned in January and February. Many of the plantations are now ready for thinning and with the help of fellow farm foresters Claire and Terry are deciding on what is going to work for them.

Service to the NZFFA and wider community

Claire and Terry have been active in the in NZFFA for more than 20 years. Both were part of this year’s conference organising committee with Claire taking on the demanding role of conference registrar. Otiria has hosted numerous field days, was featured in the Trees on Farms initiative and was also used as a case study for the Farm Forestry Model, both of which can be found on the NZFFA website.

They are both active in local community activities including the Wai-iti Domain or Mangarakau Swamp restoration projects. They act as a resource for farmers in the wider area, for example giving advice on suitable species for a woodlot. People have come from as far away as Blenheim to see their farm and ask advice.