Dave Forsyth farms a 243-hectare intensive dairy farming and forestry operation mid-way between Pirongia and Te Awamutu in the Waikato. The property is a mixture of volcanic flat and rolling land of which 185 hectares are in grass. The rest is 35 hectares of steep land on the western face of ‘Kawa mountain’, a weathered old volcanic cone which provides the site for the forestry operation.

A total of 1,300 to 1,400 mm of rain can be expected in a usual season on this property. At the peak of milk prices the dairy unit wintered 950 Friesian cross cows which were split-herd calved, but now are predominantly autumn calved to provide a consistent winter milk supply. The high stocking rate of five cows a hectare meant that considerable supplementary feeding was undertaken in feed barns and wintering pads.

With the lowering of the milk price, the herd number has been reduced to 650 of the best performers. Considerable technology is used in monitoring cow performance, with an electronic identification neck collar enabling the computerised tracking of individual cow performance over the season. Cows have feed available in the shed and with automatic gates can be directed to the feed pads and barns where more feed is waiting for them. A blend of grass and maize silage with supplementary nutrients are added to make up 60 per cent of the diet, with grass supplying the remaining 40 per cent. Palm kernel is not used as, in Dave’s opinion, it has inferior oil levels.

All dung and urine is collected and stored for re- use as fertiliser. The liquid portion is irrigated back on to the pastures with the maximum pumped lift above the holding tanks of 350 metres. Spreading all effluent means that no artificial nitrogen fertiliser is bought on to the property. Contractors may be used for effluent spreading when the tanks are full and staff are otherwise occupied at crucial periods during the season. At peak production six staff were employed. 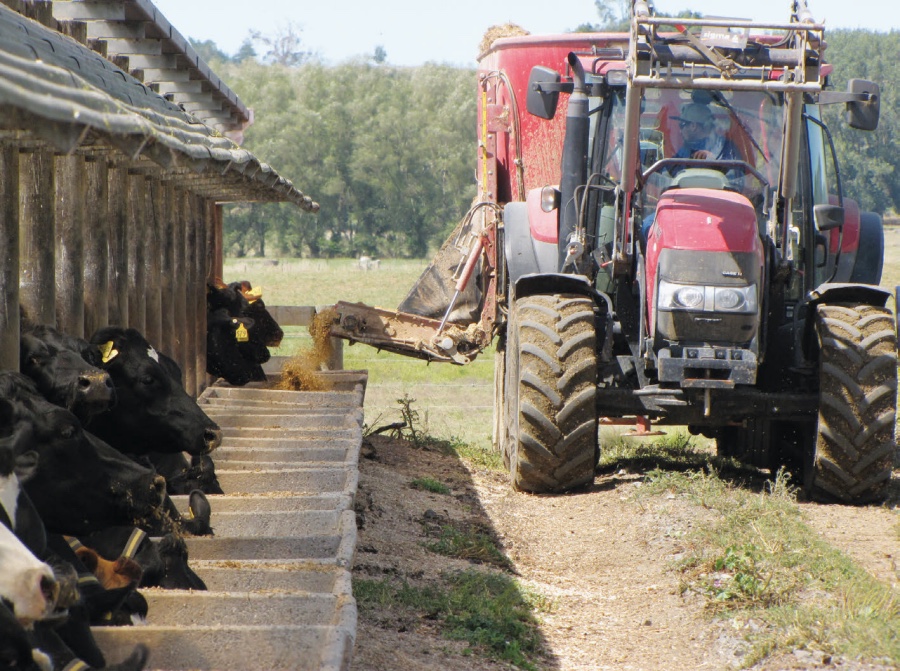 The forestry on Kawa mountain was embarked on for many reasons. First, it was not milking country, as it is steep, exposed and in some places thinly soiled. More weeds than grass grew and it seemed logical to use it for a form of land use that was resource efficient and made management easier for this portion of the farm. Weed control by shading has been used to good effect especially under the radiata pine. Diversification of the long-term income stream was also a target, as was pursuing Dave’s passion for trees.

The largest portion of the forest estate is radiata pine planted in 1999.This has been pruned and thinned and now awaits the final harvest and marketing decisions. If the topography was easier, production thinning would be an option, but this is not currently being considered.

Of interest to cypress growers will be the significant heartwood visible in the thinned stems with little more than five years of sapwood visible. Topography has again limited the harvesting of thinned stems, with Dave preferring to look after his final crop. Nurse trees, primarily radiata pine, have been used to good effect for the Ovensii and to his credit, Dave did not fall in love with the nurse species which was removed some time ago.

Lastly there is an indigenous planting of totara around an abandoned quarry site. They are performing well and outgrowing the surrounding vegetation. It is this species which has nearly obtained the status of indigenous
weed on any of the more moderately grazed areas of the farm, such as roadside fencing. It would tend to back this species as the indigenous one of choice for this particular property.

The next tree planting project is the integration of trees along fence lines within the dairy unit. This will be a significant aesthetic addition to a very intensively run farm forestry operation. 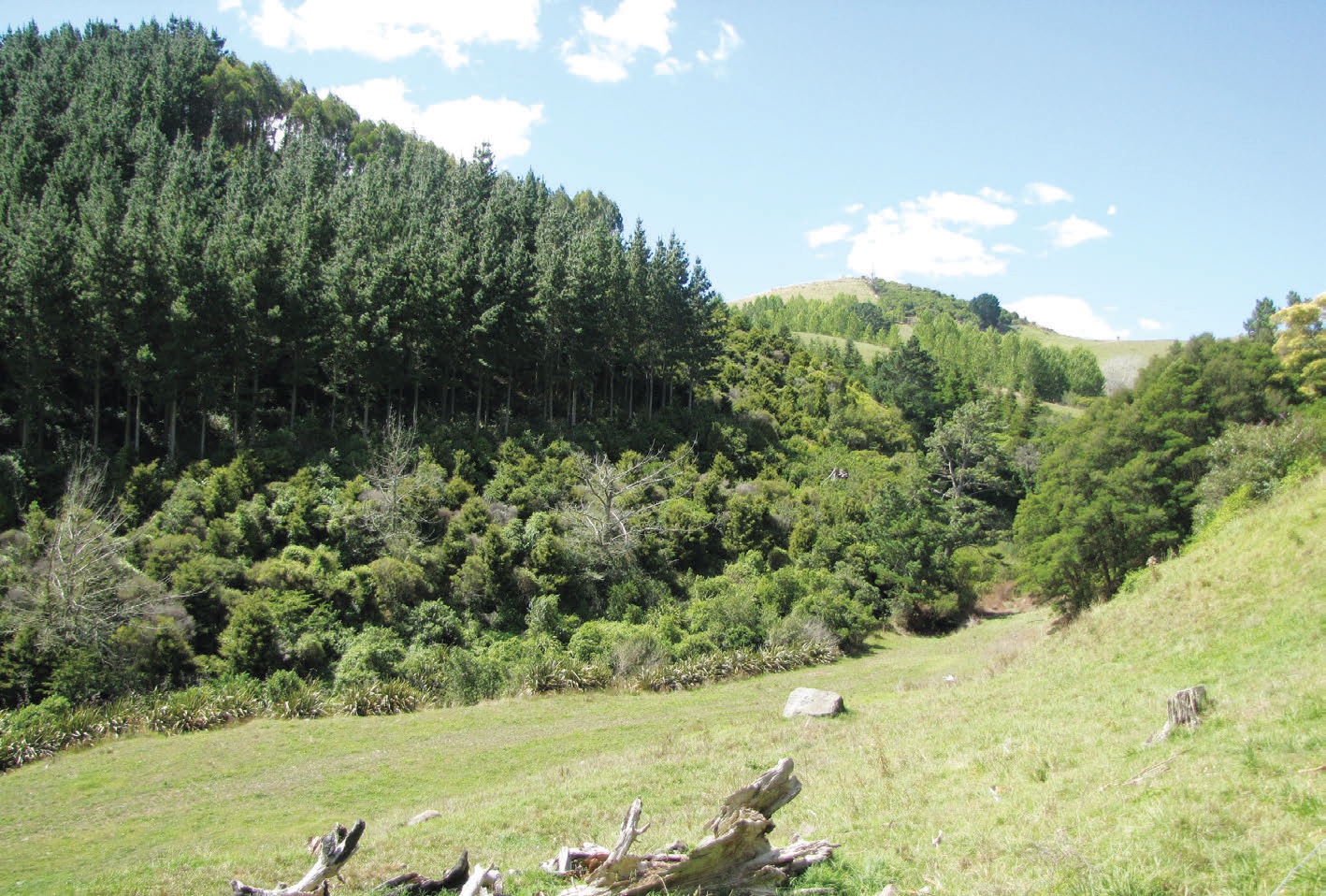