John and Christine Pedersen live and work on a 232 hectare farm at Parakao, west of Whangarei. The area is typical of much of the northland landscape with pockets of indigenous forest still growing on the steeper hills and small mountains, rolling land that is sometimes productive farmland and sometimes not, with meandering swampy streams that wind through the landscape in a random manner. This area has an annual rainfall of 1,500 mm with a tendency to be winter wet and summer dry.

Parakao was taken up by John’s parents in the 1960s when they moved up from a small Hawkes Bay dairy farm. Back then it was very run down and quickly reverting to scrub, littered with ancient stumps and largely unfenced and unfertilised. The area has soil types which are typical of the area, a mixture of Pakotai and Waiotira clays overlaid in places with Raponui loam.

John and Christine bought the property in 1980 and it was run as a sheep and beef breeding and finishing farm. John had once considered a career in the forest service, due to the encouragement of his uncle Bill Whittle a Hawkes Bay farm forester and partly because the pay and career opportunities were good. But for the intervention of the school careers advisor that probably would have been the case.

As with many who purchased sheep and beef farms in the early 1980s, these were very tough years. Despite this the couple have had a regular tree planting programme since the day they took over. While the pasture and fencing systems on this farm have improved there has been a transition away from sheep into a cattle system using bull calves bought in from the dairy industry along with other trading cattle.

The tree component of this farm is impressive, with over 60 hectares in forest woodlots or indigenous retirement. The most impressive indigenous area is ‘big bush’ a 6.2 hectare forest remnant which has had stock exclusion since at least the 1960s.

Afforestation started in 1981 and continued on an annual basis until 1999. The only reason for stopping would seem that there were few areas of the farm left that John was not prepared to get his tractor in to mow blackberry and kikuyu for the maintenance of grazing. This is a common problem which faces many farm forestry properties where the proverbial dotted line between grazing and cropping land and forest land can be blurred, or not. On John and Christine’s farm, if a ground based bulk fertiliser spreader can safely navigate the slope it stays in grass, unless soil movement in the ever plastic northland clays takes over.

The current farm layout features 75 grazing paddocks, and at least 40 individual woodlots or plantations. This intense subdivision within and between farm and forest systems has mainly been achievable due to the move to an all cattle system and its lower capital requirement in terms of fencing infrastructure. Having said that, there still is a good solid backbone on conventional fencing, much of it using totara battens that John has lovingly recycled from his own and neighbouring properties.

The mix of species on the property has a real northland flavour to it because the ubiquitous radiata pine has to share the limelight with a large component of eucalypt species. Radiata seedlings are used in the bigger woodlots and for the timber belts on the more exposed parts of the property where the provision of stock shelter is needed. Cutting grown stock were chosen, with the result of much superior form in the exposed single row shelter belts.

The eucalypts tend to be sited in the more sheltered and fertile gully systems.The eucalypt species that were planted are Eucalyptus botryoides, E. microcorys, E. muelleriana, E. pilularis and E. saligna. Acacia melanoxylon also features as does Cupressus lusitanica. The stand-out species among the non radiata exotics is E. mulleriana which are growing to very impressive diameters.

It is in the genus of eucalypts that a small contribution to the national forestry science knowledge set has been made. Three permanent sample plots have been set up to gather information on growth and performance of the particular species for inclusion in national data. Two such plots are in E. muelleriana and one in E. pilularis. It is this integration of farm, forestry, science and the community on this property which is significant, and perhaps the links that were forged by staff at FRI back in the 1970s and 1980s that helped this along.

One stand-out project which was established with the encouragement of Ian Nicholas and Doug Revell is a regionally, and perhaps nationally, significant planting of E. muelleriana on the property. It is a three hectare multi-family provenance trial planted in 1993. It is a valuable genetic resource that growers of this species will hopefully reap the benefit of in the future by virtue of genetically superior seed being produced from seed orchards that owe their existence to this single surviving stand. For those of the readership who have not been to the Pedersen property, it should be top of your list, especially if you live in Northland or you are planning a forestry venture in that region and wish to step outside the boundaries of single species radiata pine monoculture forestry.

Off the farm John and Christine have never shrunk from NZFFA or broader community involvement. They attended their first NZFFA conference back in 1983 and have helped organise two conferences in their patch since then. For 21 years John tirelessly led the NZFFA team at a site at the Dargaville field days.

They also had many years of service in the Northland biodiversity forum and helped plant and tend the Mid- North branch plantings at the Whangarei museum site. They were foundation members of the Mangakahia land care group and members of the Otaroa integrated catchment management group. This was working with the Northland regional council to evaluate the effect of fencing and riparian plantings on the enhancement of water quality in the local waterways. John has commented that with many of these groups, lots turned up initially but eventually only between five and ten actually hung in there. 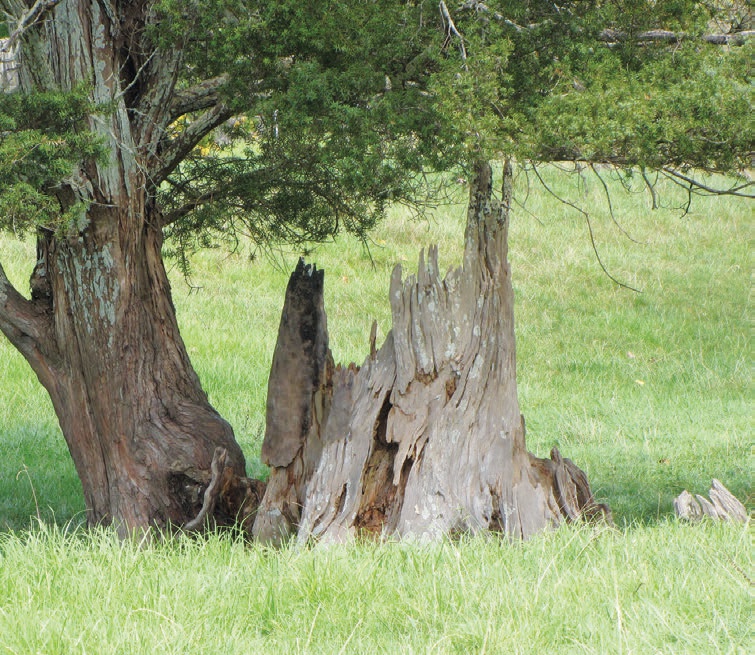 Their enthusiasm for farm forestry has influenced many others, as there is a real cluster of NZFFA members within a 10 km radius of their Karaka road farm. They have also hosted many foreign students from northern and eastern Europe on the farm, so I would not be surprised if their enthusiasm for trees had spawned similar initiatives with their guests.

For those of you who attended the NZFFA conference in 2015, you will remember the lunch- time addresses in the arboretum. This was followed with the walk into the middle of the farm for a presentation on harvesting and the logistical issues that farm forestry properties face with many small woodlots of limited volume and the Davies-Colley method of extraction.

This property has gone through its initial planting phase and is now about to embark on harvesting and replanting. It will be interesting to see the evolution that takes place on this property into the future. John and Christine are worthy winners of this award and I am sure that they will continue to influence peoples land management practices for many years to come. 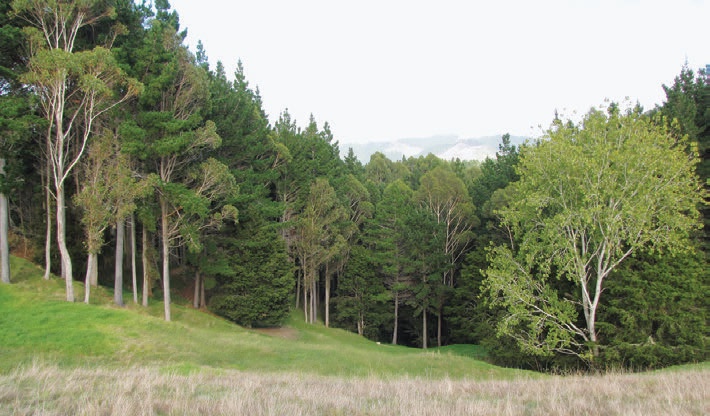 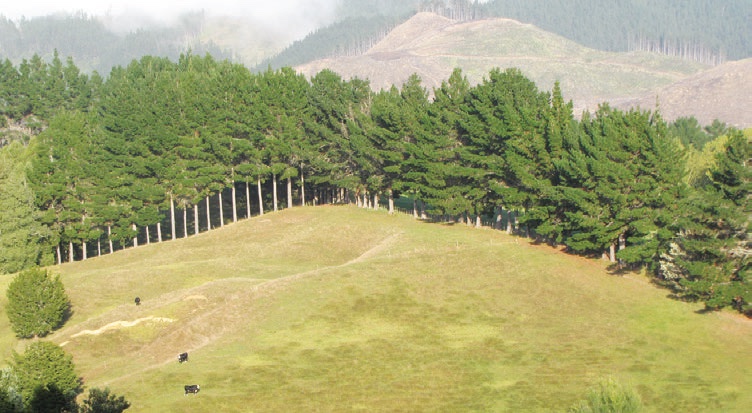