The Evans family have been resident in the Pareora Gorge for a long time, with Peter’s great grandfather purchasing the original 80 hectares in 1875. This has been increased, mainly since 1990, into a 1,000 hectare holding. The ford on the local road which crosses the river is appropriately called Evans Crossing.

The farm is dominated by three geological features, two mounts and the Pareora river. When two prominent hills on your property are named Mt Horrible and Mt Misery, it would be easy to assume that this was a less than desirable place to farm. In reality Mt Horrible, an extinct volcano which last belched lava more than two million years ago, has mellowed considerably in old age and forms one arm of the V-shaped Evans property.

On the steep slopes of the now flat-topped hill Peter and Jane have established the majority of their 90 hectares of woodlots. Interspersed with the exotics are scattered natives, tussocks, matagouri, cabbage trees and kowhai among many other species. The original radiata pine plantings were used partly as gorse control and in that they have been very successful with the whole farm having a balance between forest, pasture and native cover. Later plantings are on rocky ridges that appear to have been part of the volcanic rim. Apart from 20 hectares that were damaged by snow in 2006 the forest blocks have been very well tended and the tree form consistently good. First harvest opportunities are less than five years away.

Peter has been a district leader in using new techniques for sustainable farming. He was one of the first in 1994/95 to use direct drilling rather than ploughing for establishing new pasture and crops and continues to use minimum tillage on the light soils. Irrigation has also been important for consistent production with annual rainfall only 600 mm. Currently, 65 hectares of flats can be watered using K-line pods and there are plans to extend this to 100 hectares. This would probably require the construction of a storage pond to ensure that the minimum flow levels for the river are maintained.

The careful management of the water resources allows finishing of all the lambs and calves from the 4,000 ewes and 200 cows. Peter is very conscious of the potential leakage of nutrients into the river from increased stocking on adjoining stony flats. He is working with Environment Canterbury to monitor water quality coming into and leaving the property. 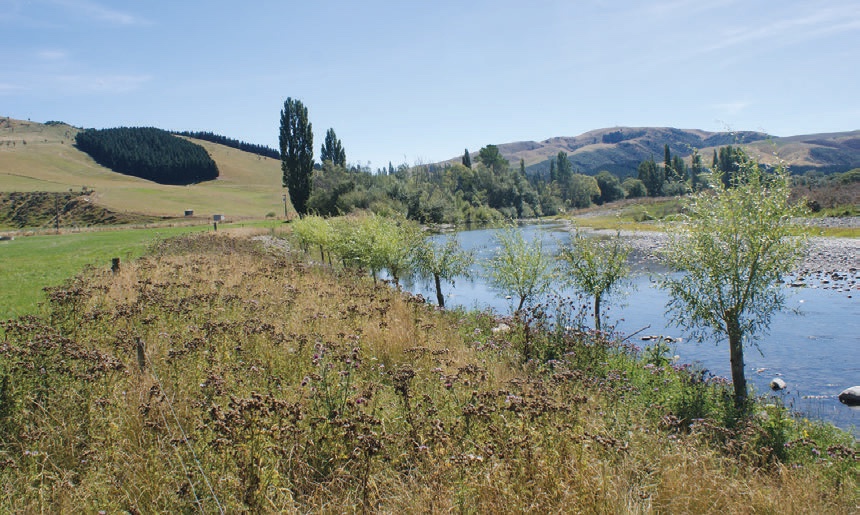 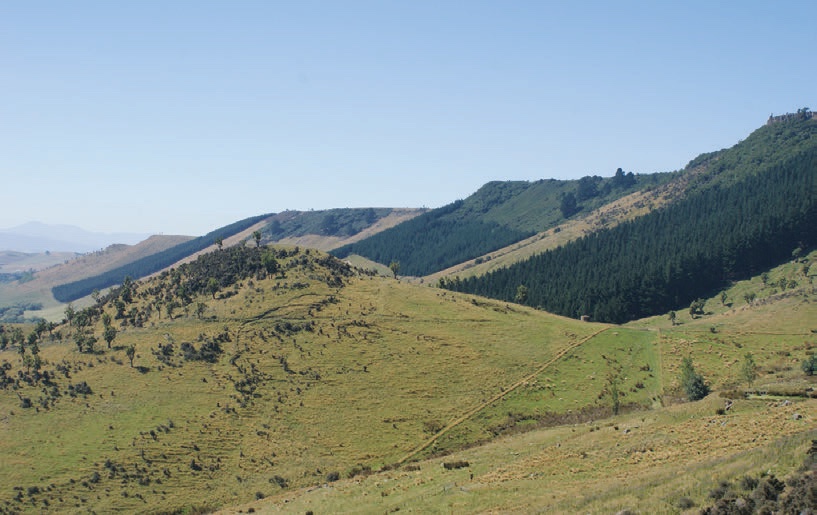 The management of the Pareora River is where the Evans family have been most innovative. They have six kilometres of river running through their property, all fenced, making them vulnerable to erosion and flooding. As the river comes out of the Pareora Gorge, left to its own devices it would spread out and change course in floods. Peter’s grandfather was the first in south Canterbury to plant willows and poplars along the edges to protect and build up the banks. This work, independent of Catchment Boards and continued by subsequent generations, has helped confine the river to a narrower channel maintaining flow and shape.

It is continually being replaced and upgraded as attrition from river forces takes its toll. The work has enhanced the farm and Evans Crossing has become a well-known recreational area, popular with campers, fishermen, and walkers. 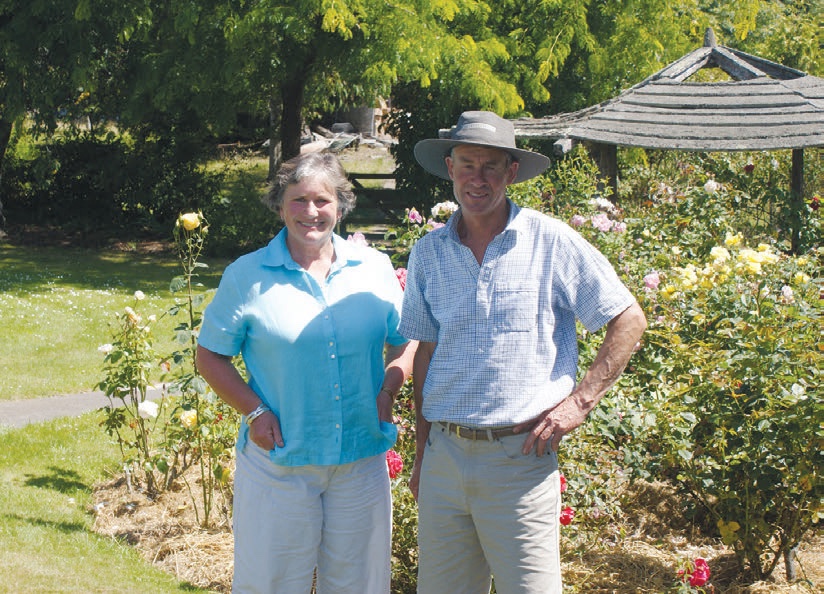 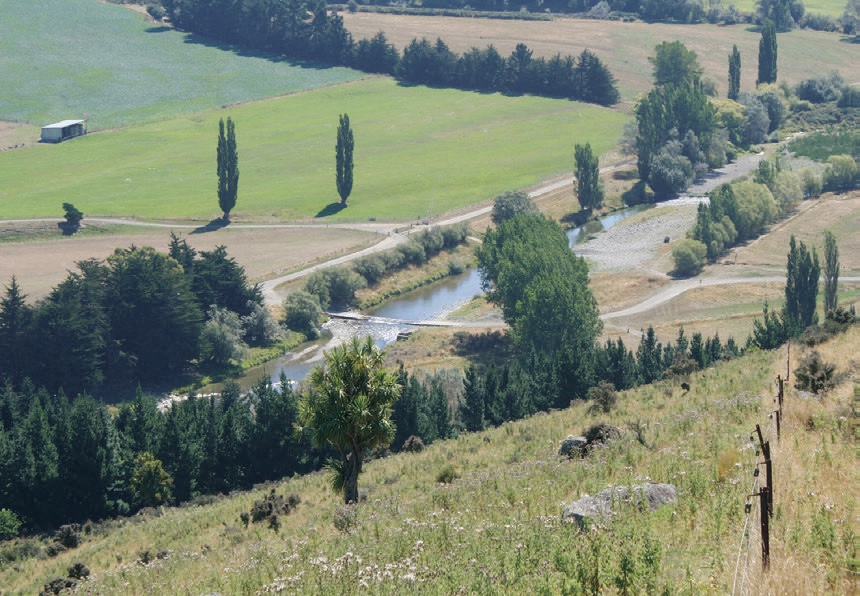 The Pareora Walkway goes up the north side of the river to the Pareora dam which used to supply water to the city of Timaru. The Evans family give free access to their property for picnickers and campers to enjoy. The extensive amenity plantings of specimen trees and latterly natives in the region of the homestead and river have done much to enhance the area.

With 2014 being the United Nations International Year of Family Farming, it is timely to celebrate the prudent land use of many of our farming families and in particular the Evans family at Pareora Gorge. Their balanced approach to farming has resulted in a productive, farm with trees enhancing and protecting the natural features and providing a pleasant environment for all to enjoy. 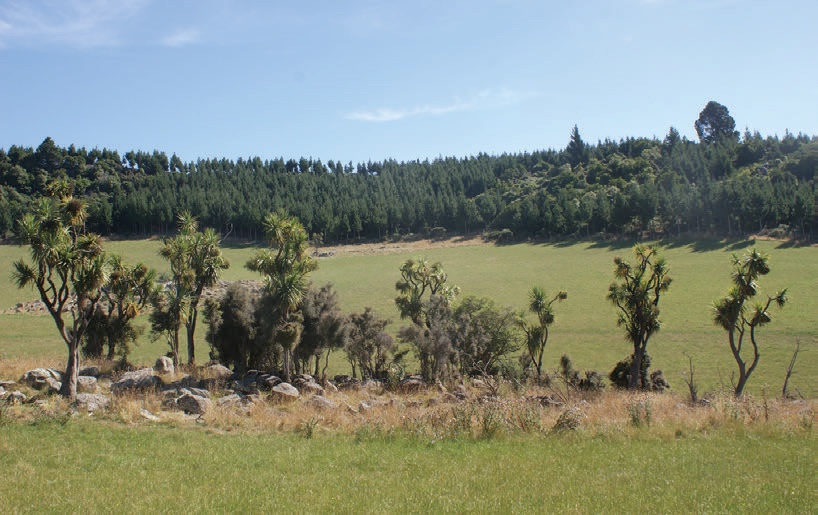 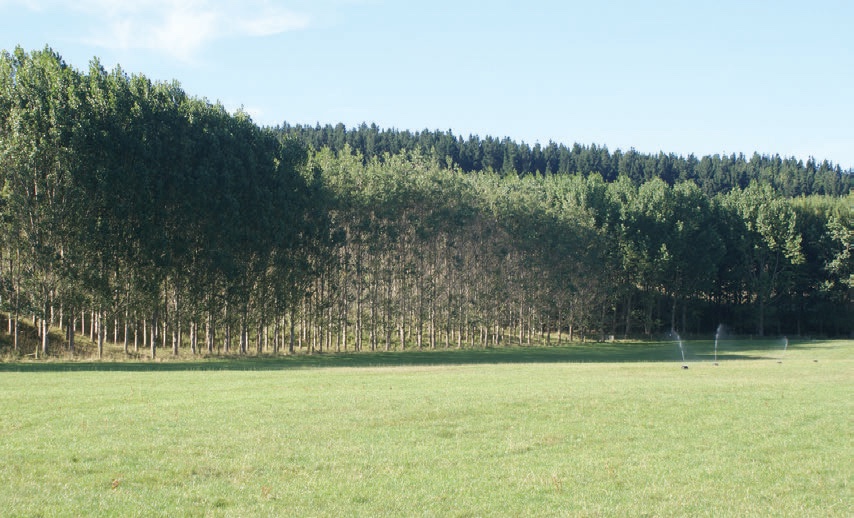