It is Scott’s name on the award for farm forestry at Pineview in South Otago but it is very much a family enterprise. The farm is run by Colin and Elaine, Scott’s parents, Scott and Jo his partner along with his brother Ryan and partner Jennell. Ryan and Scott carry out the bulk of the day-to-day running of the farm and are the fourth generation to do so. The farm was bought by Colin’s grandfather over 100 years ago.

The farm covers just over 800 hectares of rolling medium hill country. Of these, 350 hectares are flat to easy rolling country, 280 hectares tussock and the remaining 170 hectares in forestry. On this mixed beef and sheep farm are over 3,800 ewes, 120 breeding cows and 80 calves. The annual rainfall is approximately 1,000 mm with the prevailing wind from the south west. The trees are mainly radiata pine with small blocks of Douglas-fir, macrocarpa and eucalypts. There are six kilometres of mixed species shelterbelts with a further five kilometres of shelter provided by plantation edges. Scott has been an active member of the South Otago branch since 2000 and is currently the branch secretary. He was a member of the South Otago farm forestry discussion group set up by late John Edmonds. He has also worked with Telford and its students on farm forestry education.

Scott is also keen on ploughing and is a two-time national ploughing champion. Before the outbreak of Covid-19 he was scheduled to travel to Russia to compete in the world championships.

For six months of year Scott runs a two-man logging operation harvesting farm stands – he has all the necessary skills and tickets for health and safety requirements. The aim is to harvest a truckload of 30 tonnes of logs a day. All logs are sold on the skid site to a local sawmill currently at $100 a tonne. Anything which is not suitable to be sold as a saw log is processed into firewood. 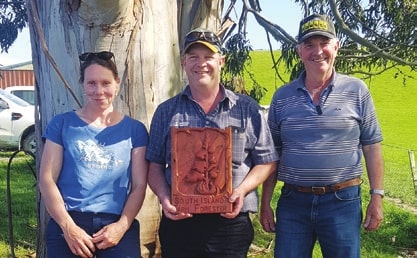 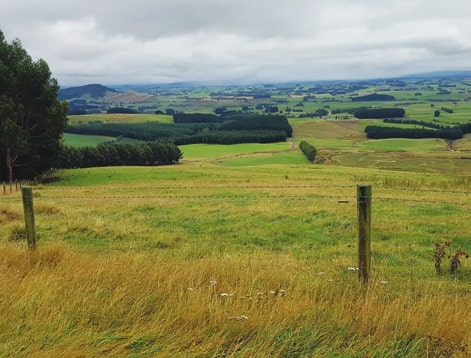 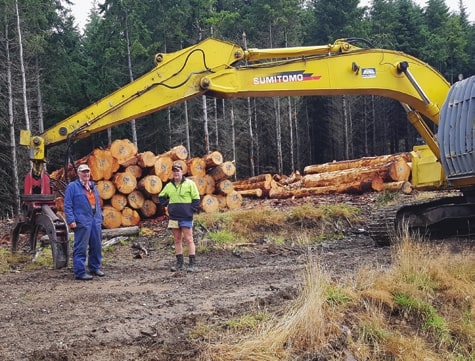