Nothing fancy, nothing wasted

Ron and Carol Alderton, along with sons Bruce and David and his partner Paula, were the Supreme winners of the Ballance Environment Awards for Otago for 2010. The family were judged on their two Waitahuna farms. With the return of Bruce from overseas they have since purchased another 320 hectares.

Ron and Carol began with the 280 hectare home property in 1979. Back then it consisted of an old two bedroom house, 20 paddocks and very meagre stock handling facilities. Over the next 20 years the property was steadily developed into a high producing and well serviced unit.

As well as paying for improvements, money was put aside for future land purchases. This allowed them to buy their second farm of 300 hectares in 1998 and their most recent investment last year. The judges said the Aldertons won their award because of the −

The topography of the farms is typical of the district with broad sloping ridge tops broken by steep sided gullies. Gorse and broom have infested many of these uncultivated gullies. A persistent control programme has reduced the time spent spraying these weeds from over five weeks down to the current three days with a backpack. 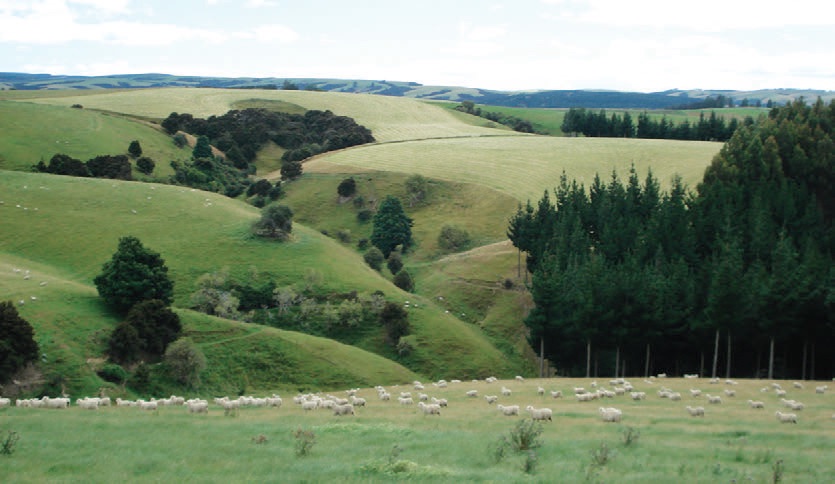 Forestry has played a key role in this programme. Ron’s father was a keen farm forester on their original West Otago farm and a major influence on their decision making. Planting began in 1991 and the multiple benefits were readily apparent at the Ballance Award field day on their properties. By fencing around the plough lines and planting out the gullies, many ridges have shelter from three sides, the paddocks are easier to muster and manage and the waterways are protected from stock and fertiliser run-off.

Aiming for 10 per cent

Their aim is to have 10 per cent of the farm planted and this was achieved last winter when eight hectares of Douglas fir were planted, making a total of 48 hectares over the two farms. Planting has been planned so that the family can manage the silviculture themselves and keep costs down. Radiata pine has been the dominant species used, along with some Douglas fir and macrocarpa planned for 2011.

In the shelterbelts Leyland cypress, poplar and alders have been used. While first harvesting is at least ten years away, income from carbon credits could provide valuable early returns.

The main factors in the success of this family operation have been careful planning, hard work, and tight control of spending. They have chosen to employ and work alongside contractors and carefully maintain the limited gear they do own. By maintaining this determined attitude, the Aldertons have proved that sheep farming with a strategic input of forestry can be a profitable and environmentally-friendly, family business.