Matching the trees to the site

The first of the Hokitika conference field days was at Susi Thompson and Rob Danford’s property. This was originally a 140 hectare grazing block which was purchased in 1988, with Susi and Rob living on it since 1993.The soils are some of the oldest and most infertile pakihi on the West Coast. Clay with the ironpans producing a high virtual water table. Deep down below all this is gravel containing gold.

The first trees on this property, some eucalypts, blackwood and poplar, were planted in 1988 and some are still only about two metres tall due to the infertile shallow soil which gets regularly waterlogged. To help improve this situation V-blading was carried out to help break up the soil and improve the tree growth, although this did result in more trees being blown over in the wind. Some amenity planting was also carried out to provide habitat for native birds.

We went to have a look at some of the radiata which were GF17 planted at 600 per hectare and pruned to seven metres in four lifts. These had been thinned, but only by a small amount. Susi and Rob’s concern had been to prevent windthrow which is quite common after thinning in West Coast forests. The trees were last fertilised in 2003 with phosphate and waste dust from the cement works, but not much nitrogen.

The site had been V-bladed using a bulldozer to produce mounds on which the trees were planted to avoid the waterlogged soil. However, this had not always worked as the water table is not far below the mound and trees can still fall over because their roots are too shallow. In one place a whole row at the edge of the forest was blown over. Mounding is expensive and Susi thought that now it would probably cost too much to be viable.

While we were among the trees Susi and Rob said they were just happy to see that most of the trees were still vertical although they were a bit thin and need to be left to grow a bit more. During questions it was suggested that as any more thinning would be too late, to look at the best 100 trees in a hectare and pretend the other smaller ones are not there. As the canopy had not yet closed, there was more growth to come and waiting was a good option.

Nick Ledgard said he was impressed at how well the native understorey was regenerating. He suggested that with precision harvesting they could remove the trees and leave the shade tolerant podocarps already growing to recover and grow to maturity. He also said that they could add to the regeneration from the seeds brought in by birds by planting some more native trees. It was noticeable how many bellbirds we could hear among these pines.

Match trees to the site

Rob has planted a range of experimental trees for food and timber. These include swamp white oak, chestnut, English walnut, black walnut and stone pine as well as a variety of apples and other fruit. He was very keen to show these and many more to us but there was insufficient time on the day, a familiarly acceptable problem with conference field days − to leave us wanting more. His general advice was to start planting as soon as possible and keep planting, even if you do not see the benefits straight away. As with all such planting he emphasised it is important to match the trees to the site, not the site to the trees. 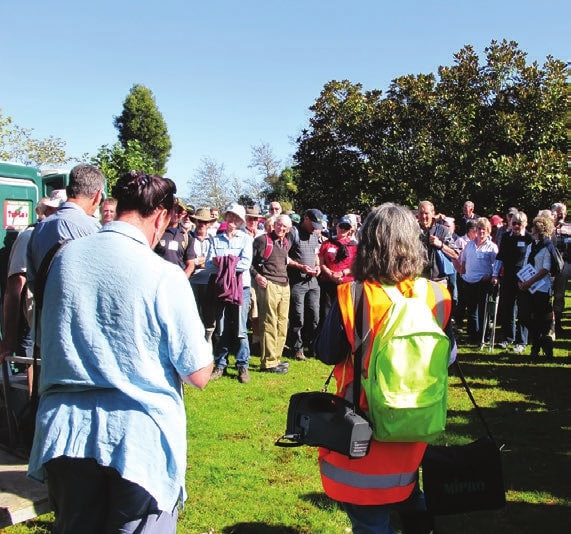 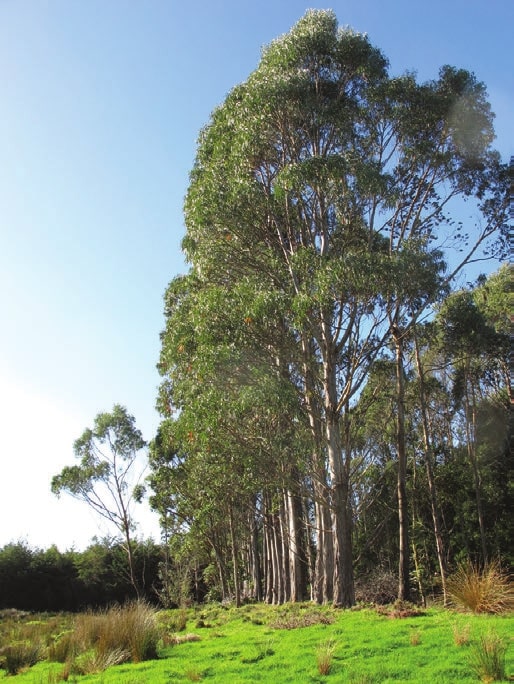 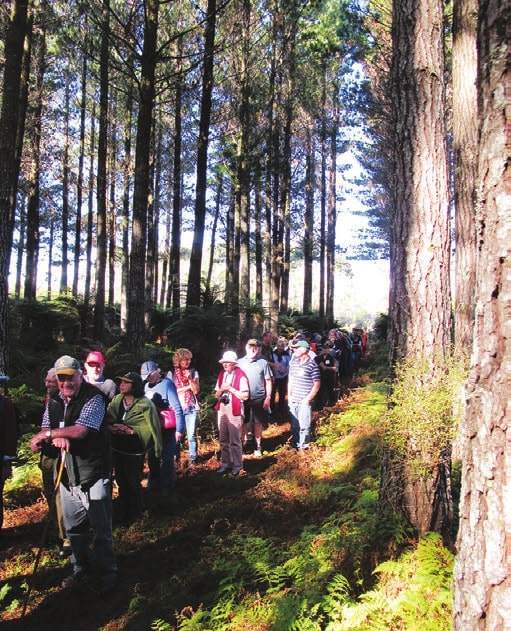 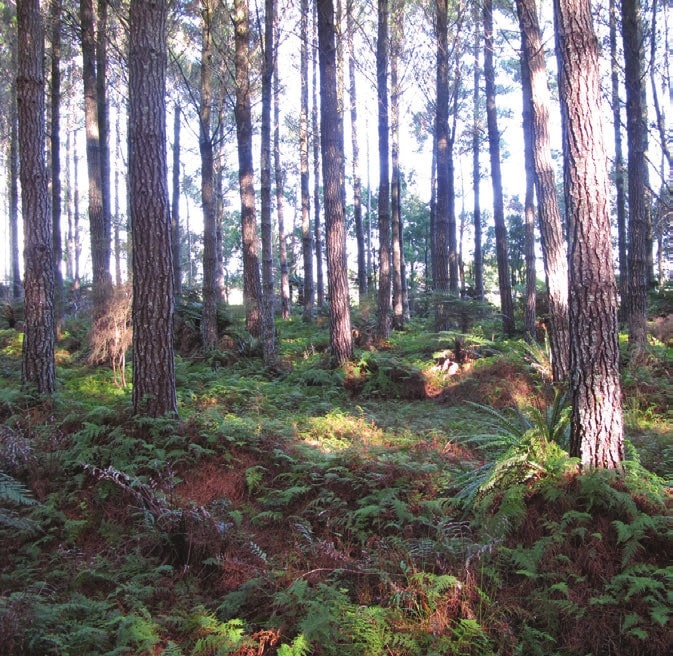 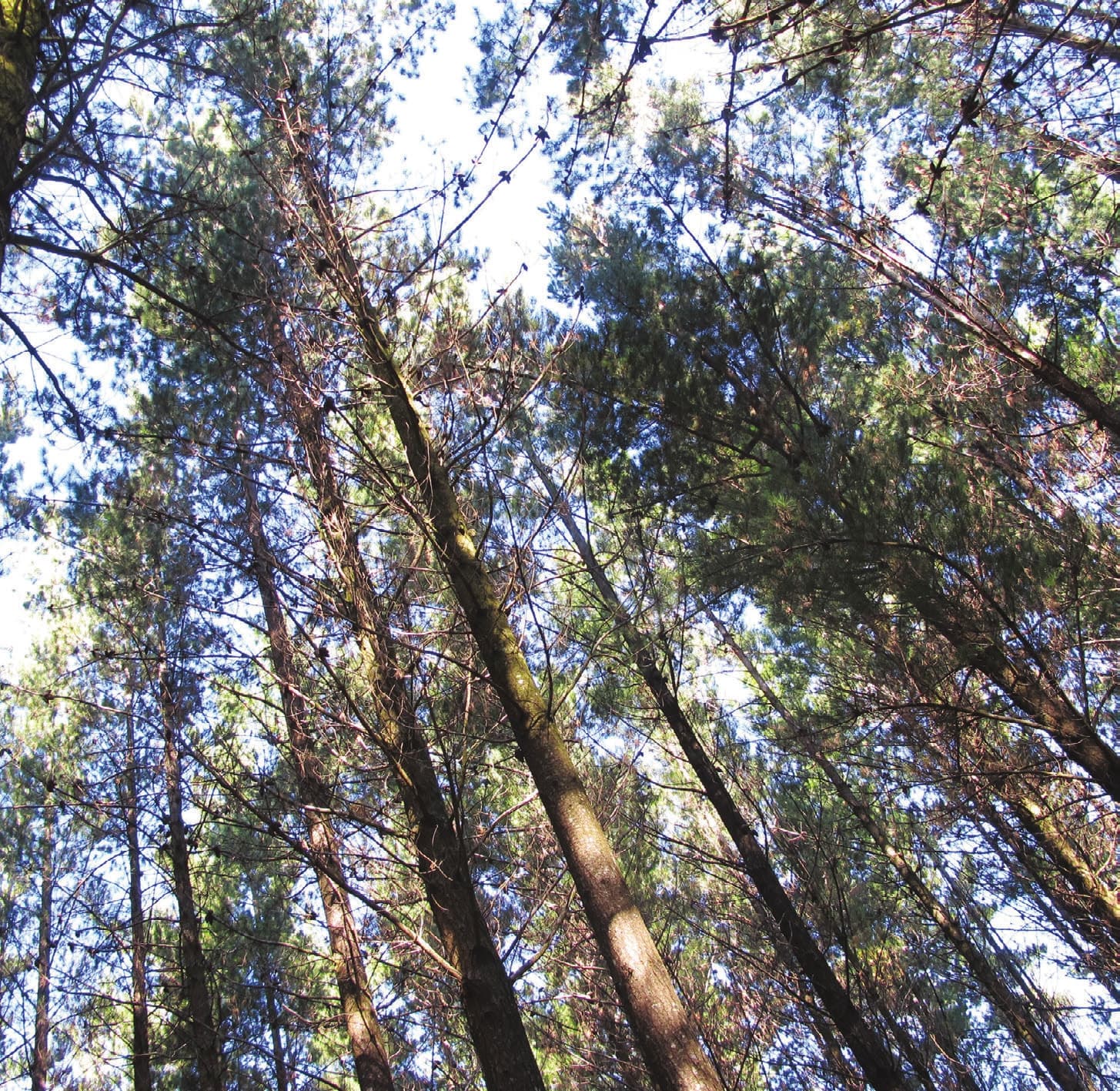 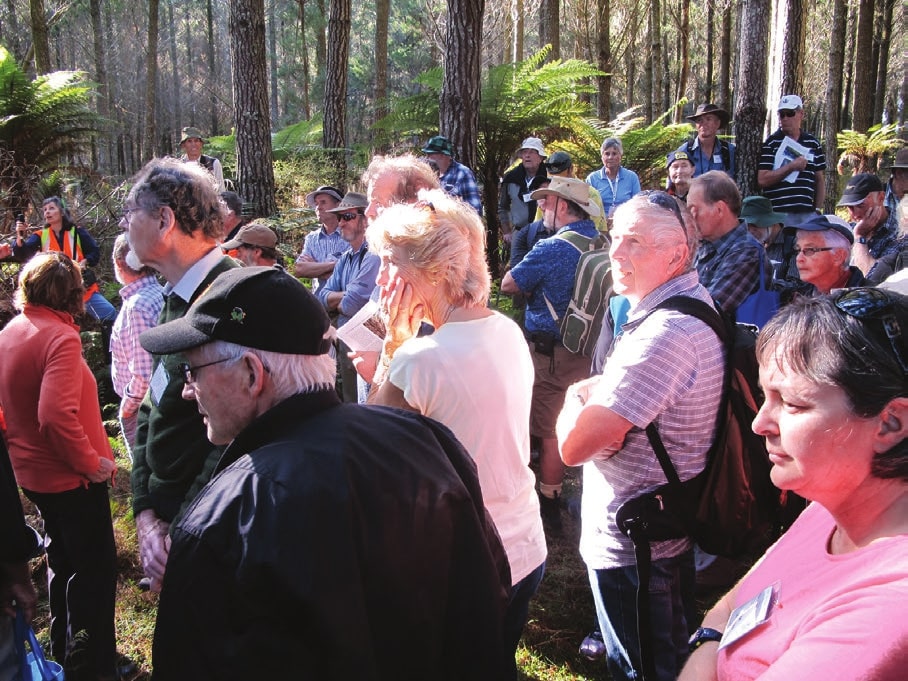 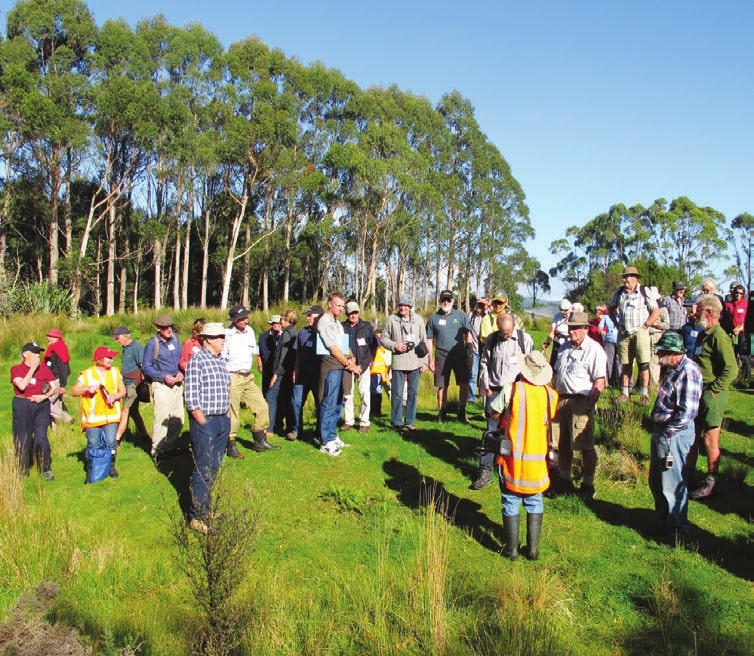