Storm damage and obligations under the Emissions Trading Scheme

The last twelve months has seen a series of major storms across New Zealand, and if climate science predictions prove correct we are likely to see increases in storm intensity and frequency into the future. With carbon now firmly part of the forestry equation, owners need to be aware of their obligations under the Emissions Trading Scheme when forests are damaged.

In 2013 North Otago and Canterbury were particularly badly hit, with four major wind storms in the second half of the year, and the storms in September cited as possibly the worst in four decades. Estimates at the time put the windthrow as much as a million cubic metres. The devastation has continued into 2014 with Cyclone Ita flattening an estimated 20,000 hectares of native forest on the West Coast. Shelterbelts, plantation forests and small stands have also been hit hard.

While the first and most important response is the clean-up and log recovery, affected owners should also think about their responsibilities under the ETS and how to best navigate their obligations. If the estimates of affected timber are correct, this could translate to around 1.2 million tonnes of carbon dioxide emissions.This does not including the damaged native forest on the west coast, some of which will have incurred liabilities for their owners.

Owners of exotic forests planted before 1990 have obligations to surrender emission units to the government for stands that are not re-established after being destroyed and meet the deforestation definition.

Deforestation under the ETS means that after being cleared or destroyed the land is either actively changed out of forestry into another use, or after a certain period of time certain thresholds have not been met.

For example, a radiata pine stand is considered deforested if it has less than 500 stems per hectare four years after clearing, and less than 30 per cent crown cover 10 years after clearing from trees which have reached five metres in height. The total carbon liability for deforestation varies between regions and species but can be significant depending on the age of the forest. For example a 30-year-old stand of radiata planted in 1984 will have accrued a carbon liability of between 572 and 866 tonnes per hectare if deforested. The liability is calculated using the default tables provided. 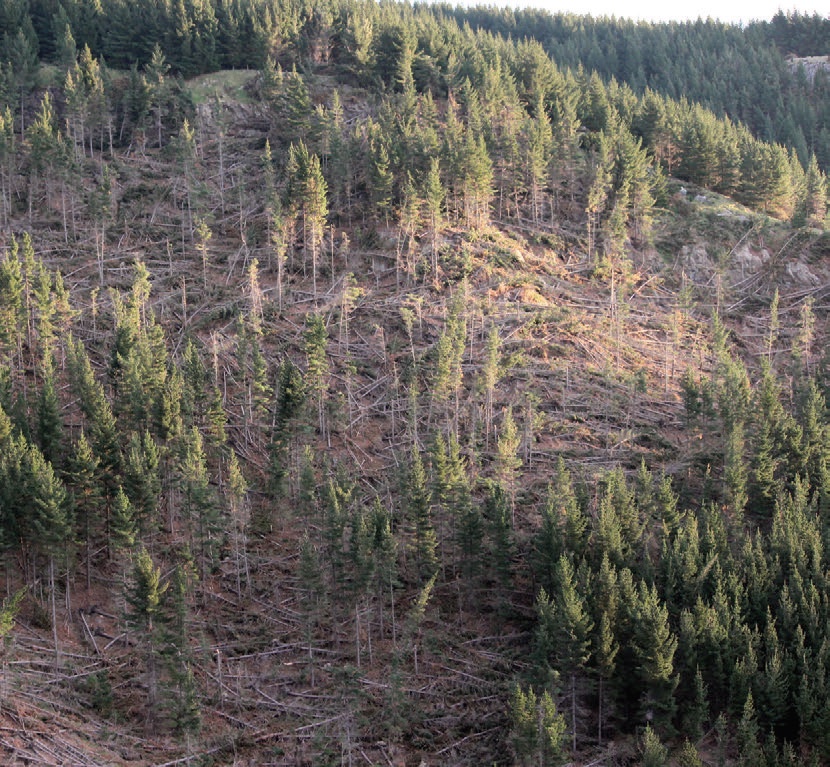 Now is a good time

The forest owner has a four year time frame to re-establish the forest and avoid deforestation penalties. Therefore now presents a good time to think about possible land use changes because of low carbon prices. At the peak of prices in 2011, when is was $21 for a New Zealand Unit, deforesting a pre-1990 forest could cost a landowner over $16,000 for each hectare in buying replacement units. This cost was prohibitive for owners looking at forest conversion into other uses such as grazing.

However with the carbon price collapse the costs have significantly decreased. At the time of writing the same deforestation exercise would cost around $3,300 a hectare using units currently priced at $4.15 each. In addition, the recent government ban on Kyoto units for the forest sector does not apply to pre-1990 forests.They can still use international credits up to 31 May 2015. With eastern European units trading as low as 13 cents recently, the cost of deforestation can be less than $100 a hectare.

When converting forest into another land use, the conversion must be genuine, the Ministry of Primary Industries should be notified as soon as possible, and there is an obligation process to follow. On the other hand, if the destroyed forest is not actively converted but still does not meet the re-establishment threshold after four years, then it will incur the deforestation carbon obligation in 2017/2018. By this time the only eligible unit will be our domestic unit and the price may well have increased as some commentators believe.

Exceptions to pre-1990 deforestation obligations include −

Owners of post-1989 forests who have voluntarily registered under the ETS have to account for carbon loss due to windthrow damage regardless of whether the forest is deforested or re-established. Areas of native and planted post-1989 forests destroyed by windthrow are treated as ‘temporarily unstocked’ under the ETS and decreases in carbon stocks may need to be repaid. However the loss can be softened by delaying reporting and by re-planting.

However, owners may wish to pay back carbon earlier because of low carbon prices. In addition, cheap overseas Kyoto units can also continue to be used for this purpose until 31 May 2015.

Forest owners should also be aware that if unstocked forest land is converted to another land use or is not re-established in trees within four years, MPI will consider the land deforested and require it to be removed from the ETS. At this point all units issued in relation to the land will need to be repaid. Another important point is that the obligation to repay for decreases in carbon stocks is limited to the number of units which have been issued to the forest.

If owners of storm damaged forests have any concerns they should contact MPI or their consultant to discuss their obligations and options.

Ollie Belton is the Managing Director of Carbon Forest Services Ltd, with over eight years of experience in providing services to forest owners. 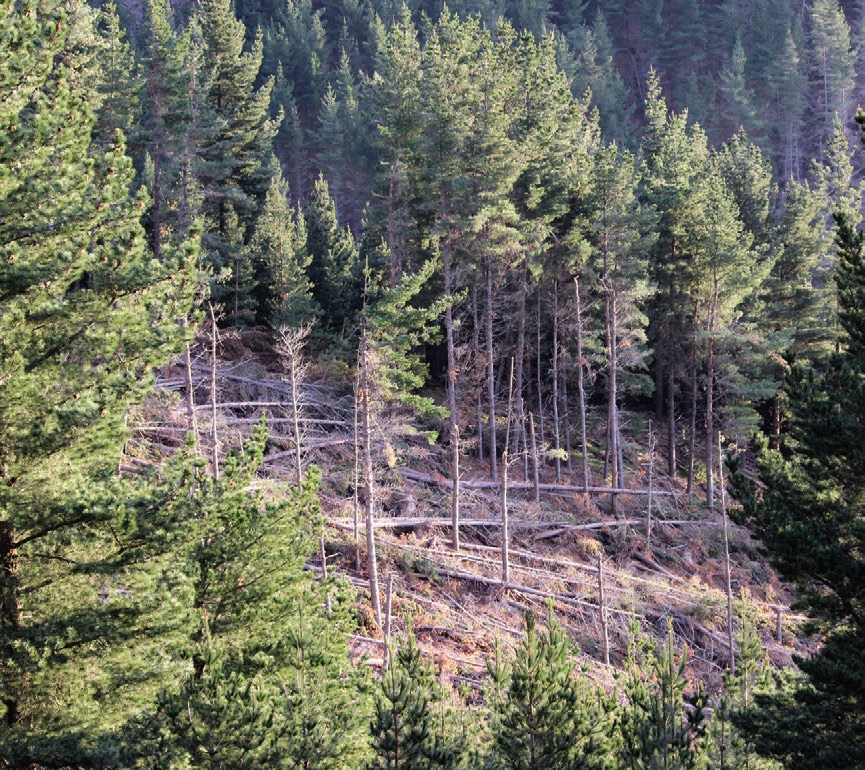