MyLand Land Record System is a new NZFFA sponsored system which will help you locate your property on a map over the web. You will be able to draw around the boundaries of your woodlot or paddock and assign historic or planned events which occurred on that piece of land.

This may take a little practice at first, but if you have used Google Earth before it will not take long to learn. Once you have established your woodlots within the system, maps can be printed and summaries of events can be reported.

To use the system you will first need to set up an account on the web with a login and password. Although this may seem tiresome, it is important to maintain security to protect all user information. The initial test group have access as part of the Trees on Farms regional workshops or you can contact Scion directly.

If you have reports or photographs of events in the woodlot you can also attach these for future reference.

Features can be added to your map, such as an historical place or wahi tapu. Infrastructure can be recorded such as roads, harvesting skids, water pipes and water troughs. The usual events you can record associated with a woodlot are planting, fertiliser, pruning, thinning and an assessment. Crops are associated with each land unit and notes can be added to cover the many bits of paper used for planning and recording useful information. The framework could store records of any land use.

The illustration below is an example of the MyLand LRS being used with stands and paddocks identified, along with roads and water systems.

Where did it come from? 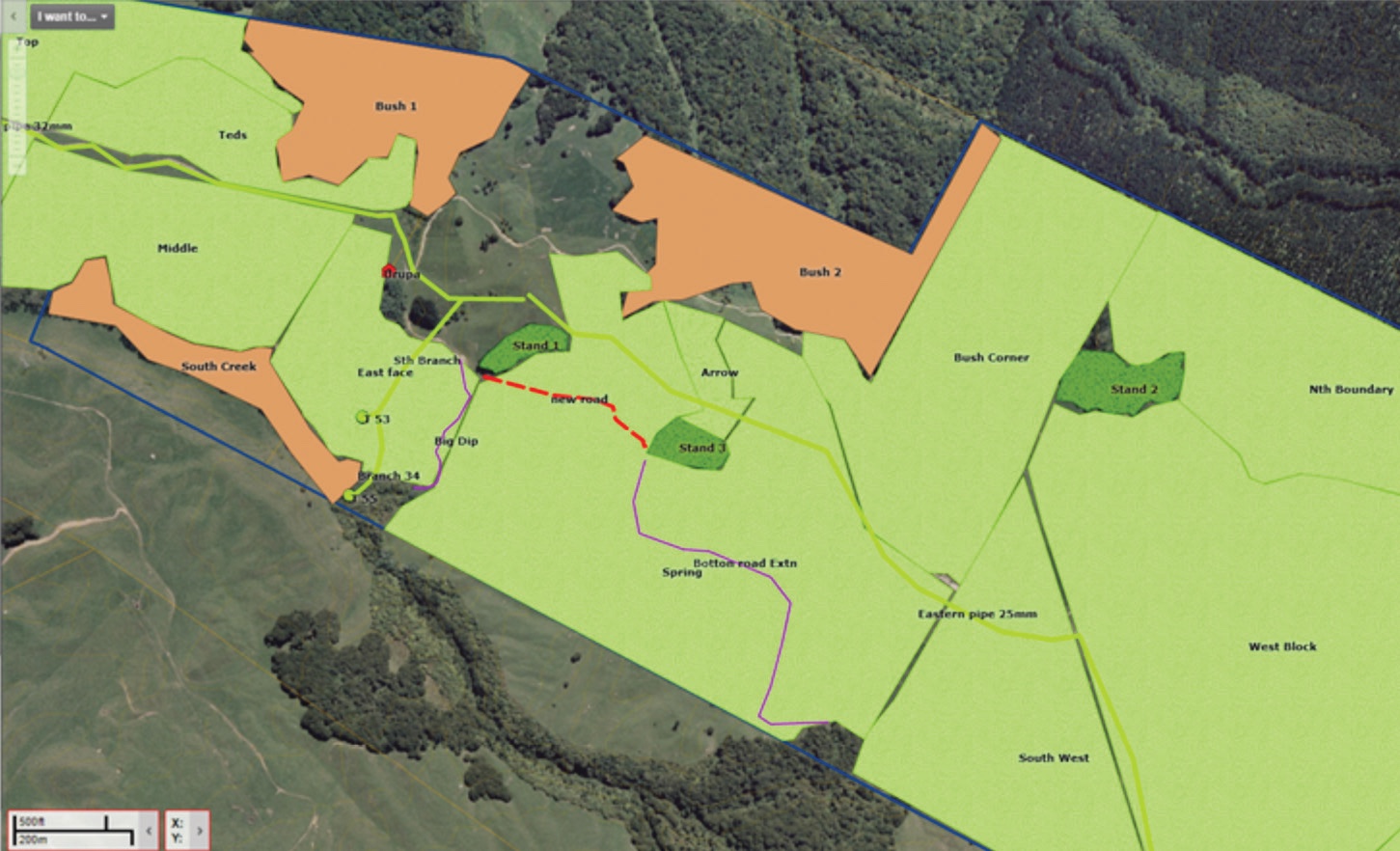 Records of land use may become increasingly important as we attempt to comply with the demands from future market requirements. These may mean that we have to comply with guidelines to be environmentally friendly and aiming for sustainability. Records for long term crops such as plantations are often not needed for decades and can easily be lost.

The cheapest and easiest approach to this project was to build on to the existing framework provided by Scion’s MyLand. This system offered ready-made mapping and database services over the web. MyLand has been a collaborative development by Scion and AgResearch, initially funded by the Ministry for Primary Industries. From the outset, the NZFFA has been a member of a steering group and has strongly backed its development.

The future use of improved electronic mapping information, particularly for environmental impacts, soils and terrain, will become increasingly important. It needs to be readily available to support land owners in making the best decisions for their land and long term profitability. MyLand’s modelling framework is still being worked on and currently will model five species for forestry and sheep farming. Other land uses such as for beef and dairy, carbon foot-printing, water quality effects and road planning are envisaged within this framework.

The current version will need improvement but this trial will indicate the demand and indicate what new features are most needed. The software is available free of charge and has been an example of what can be achieved with good team work between the NZFFA, Scion and MPI.

The reader should know that MyLand is legacy software. It was based on Microsoft Silverlight, which is now a deprecated application framework for writing and running rich Internet applications. Microsoft announced that they had ceased development of Silverlight except for patches and bug fixes in 2013. If NZFFA had been informed of this before we spent over $100,000 for Scion to develop MyLand LRS, we would not have developed this product. Ripped off! MyLand is no longer under development, what a shame... back to the drawing board!