We have recently harvested a woodlot planted in 1989. The planting regime chosen was as a result of a Waitomo branch farm forestry branch trip to the Bay of Plenty and may surprise a few foresters. On that trip we visited Geoff and Gill Brann and saw their many woodlots. Their youngest plantings used high GF trees planted at eight metre by eight metre spacing giving a stocking rate of about 200 stems per hectare. It would not be recommended now and for most of the past 20 years I have considered it a blunder. But as you will see soon read, it turned out to be a very profitable blunder.

We sourced our planting stock via Mike Smith who at the time was organising bulk purchases of trees for his fellow Taupo branch members. They were GF 22 seedlings, the highest available at the time. With such a low stocking rate there is little room for error and we achieved virtually 100 per cent survival. We only lost a few trees to hares in the first year and to wind damage over subsequent years.

I quickly realised that such a low stocking rate left no room for tree form selection, but luckily the good genetics meant poor form was a rarity. I pruned the trees intensively as the pruned logs were likely to provide the bulk of the final return. The average pruned height was between eight and nine metres.

Well before our harvest window I showed the three hectare block to Carl Hanna and Chris Bridge of Wood Marketing Services so that it would be on their radar when the market was right. That time arrived this summer with good export markets for pruned logs and rising prices for the branched export grades. The harvest began in early January and below is a summary of the grade out turn and financial returns.

The total harvest produced a total of 1,806 tonnes which was just over 600 tonnes a hectare. This is good for 23-year-old trees, particularly at such a low stocking rate.

The grade mix was 47 per cent pruned, 37 per cent A grade, 10 per cent K and KI grade with the remaining 6 per cent domestic and export pulp.

The net return equates to $1,650 per hectare per year. This is significantly more than we could have earned off a steep hill paddock from grazing young dairy stock. 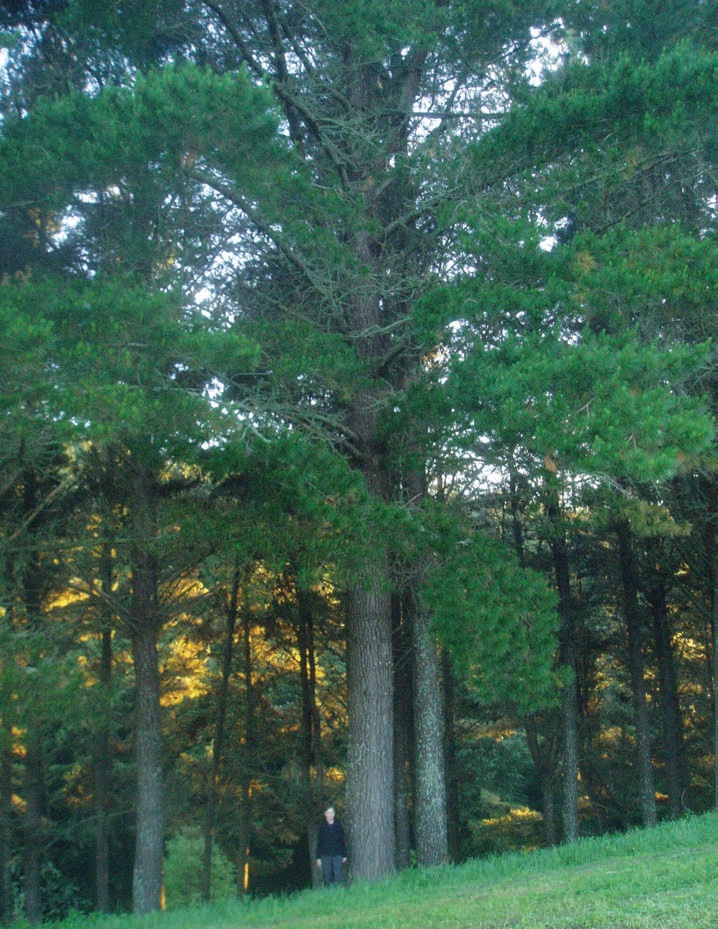 A few points made at the recent combined field day of the Waitomo and Waikato branches are worth noting. The good productivity of 600 tonnes a hectare from 23-year-old trees can be put down to good lowland King Country site and superior genetics. The low stocking led to large trees meaning nearly all pruned logs had a small end diameter over 40 cm.

We were able to get two of the four metre pruned logs from nearly all trees. The resulting 47 per cent of pruned logs is quite exceptional. Despite a distance of over 150 km to Mt Maunganui, the local sawmills could not compete with current export prices. We were fortunate that the roading cost was as low as four dollars a tonne. It can sometimes be closer to $20 a tonne and using a good harvest manager is well worthwhile.

It is very hard to predict what the best forestry tending regime will be for a market in 20 to 30 years time. The current export market has no respect for wood density or strength. It is only size and taper that matter.

I will replant but not at such a low initial stocking. I will prune again but probably not to eight or nine metres. I am glad I harvested now what many consider to be very young trees. The next crop will be in the ground sooner and perhaps I will get to harvest two crops off the same paddock.

I thank the Branns and Mike Smith for their contribution to a great result. Special thanks also go to Carl Hanna and Chris Bridge of Wood Marketing Services for a job well done. 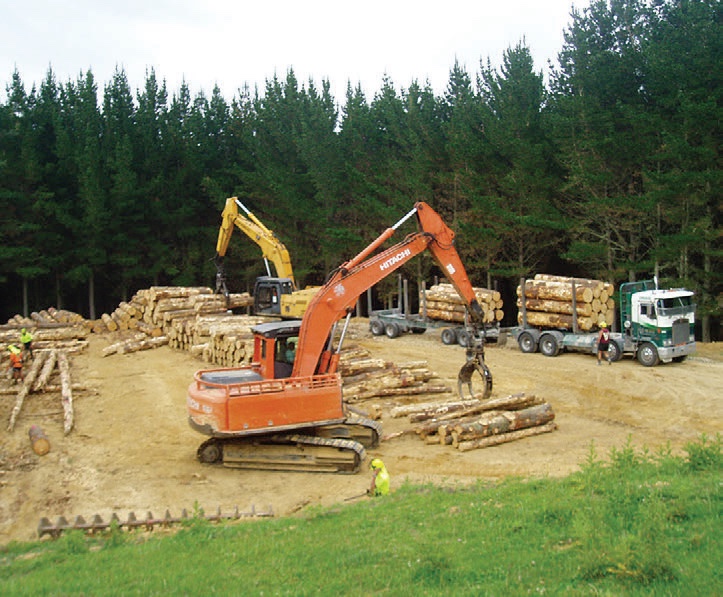