New Zealand recently lost one of its most notable tree and land use researchers with the death, on 21 January, of Chris van Kraayenoord. Chris, commonly known as Mr Poplar, was one of a number of Dutchmen who did so much to develop New Zealand’s soil conservation systems from the 1950s through to the 1980s. A long time member of the NZFFA, he was well known to many of our older members and a regular attender at annual conferences from the 1960s to the 1980s. He was also involved in the establishment and guidance of some of the southern North Island branches.

Chris was born in The Hague in 1923 and gained an MSc in forestry, really tropical forestry, at Wageningen University in the Netherlands in 1951. He had studied soil erosion in Mediterranean countries and it was a chance meeting with Doug Campbell, the Ministry of Works chief soil conservator, at an international Soil Science Congress that led to him coming to New Zealand in 1952.

Chris started work at the soil conservation research station at Tangoio, north of Napier, where he and his wife Lous had to live in conditions which could only be described as extremely primitive, a dilapidated roadman’s cottage and very limited resources. After completing a Soil Conservation Certificate at Lincoln in 1954, he was transferred to Palmerston North working under the district soil conservator Hoddy Pearse. He started on sand dune stabilisation, but very soon took over the poplar and willow work for which he was to become renowned locally and internationally.

His first job was a nationwide survey to identify, record and collect what was already in the country. The first small nursery was in Waterloo Crescent, but in 1962 he moved to eight hectares adjacent to then Massey Agricultural College, preparing and breeding material for the Catchment Boards. In 1973 the nursery was moved to Aokautere to become the National Plant Materials Centre, (NPMC) with more land, much better facilities.

Ironically, poplar rust disease was discovered in New Zealand the day that the NPMC was opened. However Chris had recognised the risk of poplar rust and ensured that resistant material was quickly available, using the then new technique of tissue culture. It was at the NPMC that most of the current generation of poplar and willow hybrids were developed and their field trials managed, along with numerous other plant species.

Chris was also appointed an honorary lecturer at Massey. He was the New Zealand representative on the International Poplar Commission for many years, which ensured access to the international gene pool and other researchers’ work on willows and poplars. The fact that Chris was fluent in four languages was another aid in this process.

One of Chris’s lasting legacies was the publication, in 1986, of The Plant Materials Handbook for Soil Conservation,This consisted of three volumes detailing the use of 200 soil conservation plants, both introduced and native. This remains an important reference for anyone and everyone involved in soil conservation work. At the 1981 Hawke’s Bay NZFFA conference I can well remember him discussing eucalypts as possible soil conservation trees for the higher, drier, more exposed hill country. ‘We have only done part of the job with willows and poplars’ was his comment. Another quote, from his retirement speech, is also worth noting – ‘Soil conservation is the wise management of the land. We have to maintain our natural resource. It is a national responsibility’.

Chris retired in 1987 and subsequently the NPMC was disbanded, much to the disappointment of Chris and many others. It had been part of the Ministry of Works, and the reorganisation of Catchment Boards into Regional Councils in 1989 along with the establishment of the CRIs in 1992 led to the Aokautere centre’s dismemberment and reallocation. Chris’s legacy remains with the release of new clones and the recently established NZ Poplar & Willow Research Trust, based at Massey University. His name remains, somewhat more obscurely, in the poplar clone Crowsnest, which is an English translation of Kraayenoord

Chris’s interests extended far beyond just poplars and willows. His enthusiasm for all trees and plants, native and exotic was demonstrated in his very active leadership of the Manawatu Tree Trust, and membership of numerous forestry, farming and associated organisations. He was made an Officer of the New Zealand Order of Merit in 2002 among numerous other awards. Perhaps most revealing is the warmth and affection that his former colleagues, co-workers and farm foresters had for the man. He combined scientific excellence with personal warmth and an almost mischievous sense of humour that endeared him to all who knew him. New Zealand has lost a great taonga. It was a privilege to have known Mr Poplar.

Much of this information was supplied by Dr Nick Lambrechtson. 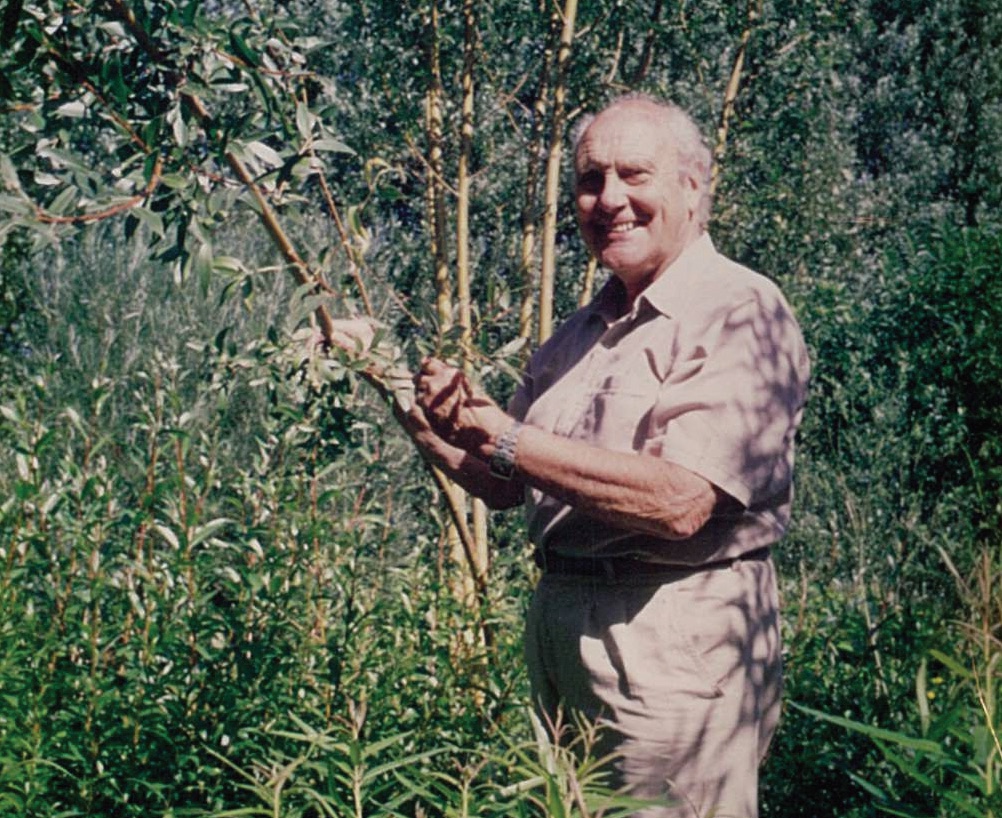