In 1840 Charles Heaphy left Port Nicholson, and climbed through thick bush up the western slope of the Rimutaka Range. From the summit he looked down on the Wairaraka Valley. In the foreground was the lake, and beyond it an extensive grassy plain, intersected by belts of trees along the river banks. In the distance rose the bush-clad slopes of the eastern hills. The prospect as a site for farming and settlement looked good. However he went no further. The valley had been recently invaded by marauding tribes from the north, and he was unsure of his reception.

Four years later, Charles Bidwell brought his sheep into the valley. He took the only route available, around the coast, where the going was tough. They clambered over rocks, and at one stretch of coast the sheep were manhandled one by one through the surf. At the river mouth there was a delay before he could arrange a crossing.

Local Maori were hospitable, offering food, shelter and transport although disputes arose later over control of lake water. As further settlers arrived some problems emerged. Feral dogs attacked the sheep and wild pigs took lambs. There were plagues of mosquitoes and frequent floods. The settlers committed the usual series of own goals in an attempt to replicate the landscape of Old England. Gorse and blackberry seedlings were carefully nurtured, and sometimes stolen, and ferrets which were brought in to control a plague of rabbits found easier prey in native birds.

On the eastern border of the Ruamahanga River, and close to the coast, a narrow plain gave way to steeper hill country. This was Turanganui, which was later developed as Pirinoa Station. In 1844, Joseph Kelly, a former whaling captain, leased the property, brought in cattle, and lived there with his Maori wife. She might have chosen better. Kelly, an eccentric Scotsman ‘boasted of being a gentleman....but was seldom sober’. 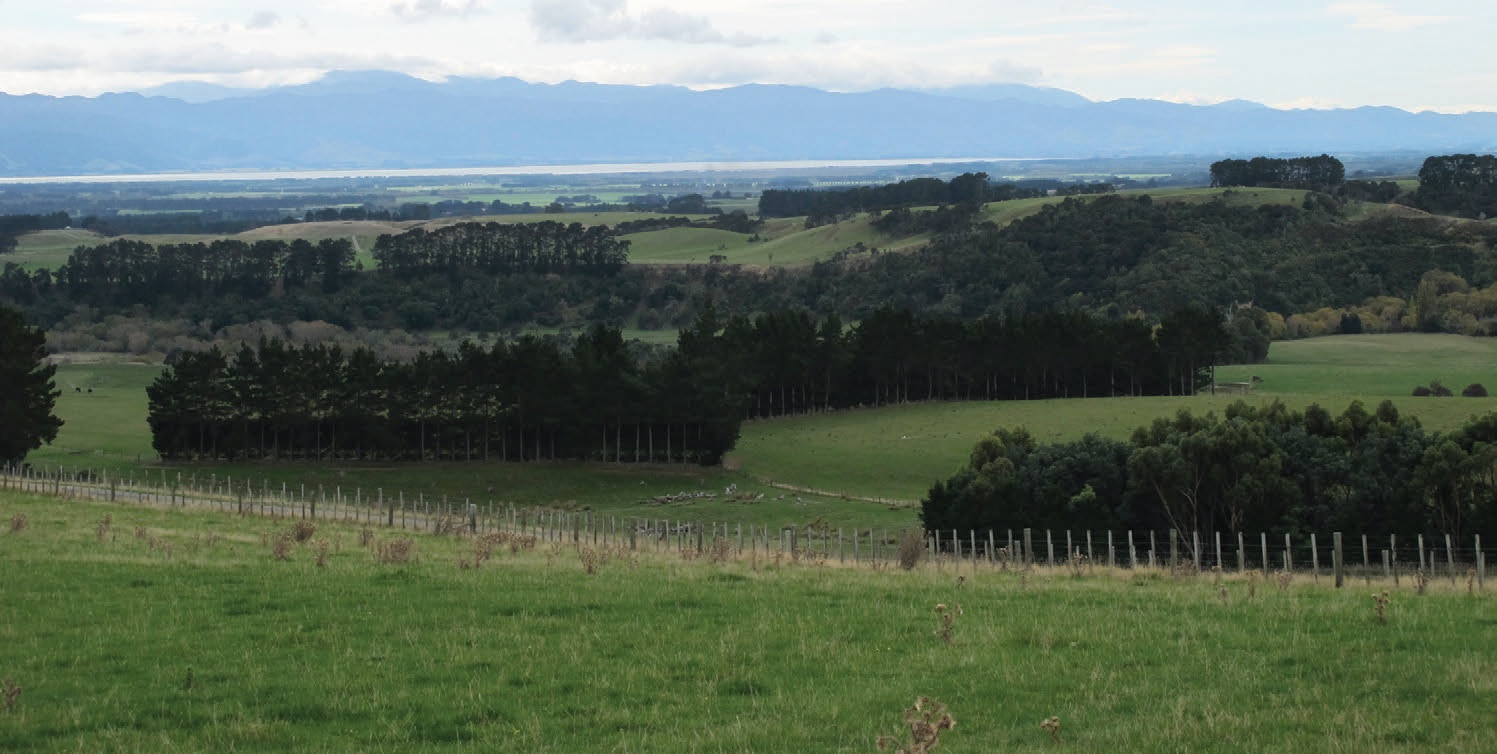 In 1877, Duncan McDougall with his wife Ellen and four children, arrived by bullock wagon from the north. He had bought Pirinoa, 2,618 acres, from Joseph Barton for $6,500. Out of Oban in Scotland, Duncan had worked as a ferryman and later hotel owner on the Rakaia River, before moving north to Te Pohue, on the Napier-Taupo road, where an attempt at farming was sabotaged by bush sickness caused by cobalt deficiency.

The family occupied a two room cottage, pit-sawn from the property, and added five more children. The environment was challenging. Storms racked the hills, and floods scoured the valley. The work was back-breaking. Before the days of modern fencing, stock were contained by sod walls dug laboriously by hand. Then there was a tragic accident. Aged 46, Duncan drowned in Lake Onoke, leaving behind his wife, nine children and the station.

Ellen and the older sons ran the property, and later the older daughter, now Euphemia Didsbury, and her husband took over management. Tony Didsbury, who hosted our visit, was Euphemia’s grandson.

We assembled under a grove of giant stone pines and eucalypts. Nearby was the old abandoned homestead, now in sad disrepair, and an eloquent reminder of early struggles. Under the trees, Tony has erected a plaque which depicts the family tree, now in its fifth generation.

As Tony reported, with a hint of mischief in his eye, it illustrates a triumph of the human spirit over adversity. Apparently there is an old Scottish injunction by which the sons are expected to remain single until their mother has died. The old lady died at 76. It is clear from the plaque that the sons took up the challenge with a will, in a display of breeding vigour that set a fine example to their livestock.

Pirinoa was at first used as a holding station. Conveniently located near the coast, cattle were rested here until conditions at the river mouth allowed them to be driven around the coast to the Hutt Valley. The coastal route was transformed after the great earthquake of 1855, in which uplift exposed beaches along the coast.

Until recently, Pirinoa has been a traditional breeding station for cows and ewes. Tony and son Guy have now converted it to an intensive finishing property, bringing in lambs and beef cattle. On a stony area of the farm, a feedlot system has been developed, with a long central race, allowing cattle to be wintered over. They also run up to 250 breeding cows. Guy describes the farm as a grass factory in which stock numbers are fine-tuned to weather and market conditions.

On the lower flat land near the river the soil is silty and more fertile, although prone to floods. Here cash crops are grown, chiefly peas and barley, mostly by direct drilling.

We stood on a hill near the southern boundary of the station. It was a rare still day. To the west, the lake glistened in the afternoon sun, and behind it stretched the dark slopes of the Tararua Ranges. To the south lay the coastal hills and the Cook Strait, and in the far distance the high peaks of the Nelson Ranges. The view was stunning, but deceptive, concealing a constant hazard for farmers in the district. If your view extends to the Tararuas, expect strong prevailing north west winds and if you look out over Cook Strait, you will be hammered by brutal storms from the south.

Where coastal wind is a problem, the answer lies in the trees, and the perfect choice of species is radiata pine. In the early 1900s, pines and eucalypts were planted in gorse gullies. Later, Tony and his father planted extensive areas in radiata pine, both in shelterbelts, and as forestry blocks. At present they have 135 hectares of woodlots, three of which have been milled since 2004 and subsequently replanted. With increasing timber prices, and the prospect of carbon trading, forestry should become an increasing component of farm income at Pirinoa.

Over 130 years, the family have prospered by diversifying their farm activities, and by adapting to a challenging environment and to market conditions, Pirinoa is a work in progress. We noticed that on the plaque, Tony has left space for future generations.