You are here: New Zealand Tree Grower » August 2010 ›  Growth and wood from eucalypts in Rotehu forest

Growth and wood from eucalypts in Rotehu forest

The adaptation of different eucalypt species to climatic conditions and the type of wood produced varies widely. The 1980 species demonstration planting at Rotoehu forest, in the Bay of Plenty, provided the opportunity to show this by comparing the growth and wood properties of ten eucalypt species from one site at age 25 years. A total of 15 trees of each species from the block plantings were selected with good form and growth.

− were well within the climatic requirements for this species. 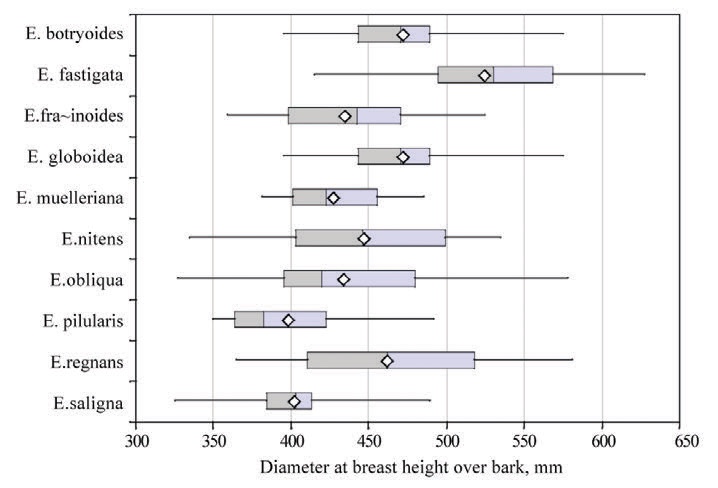 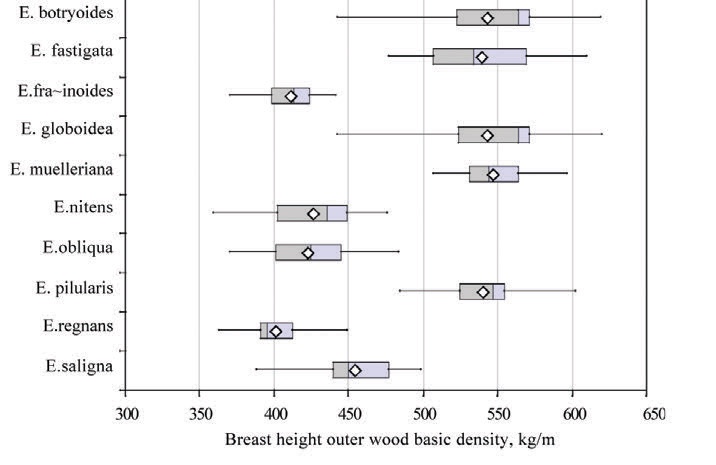 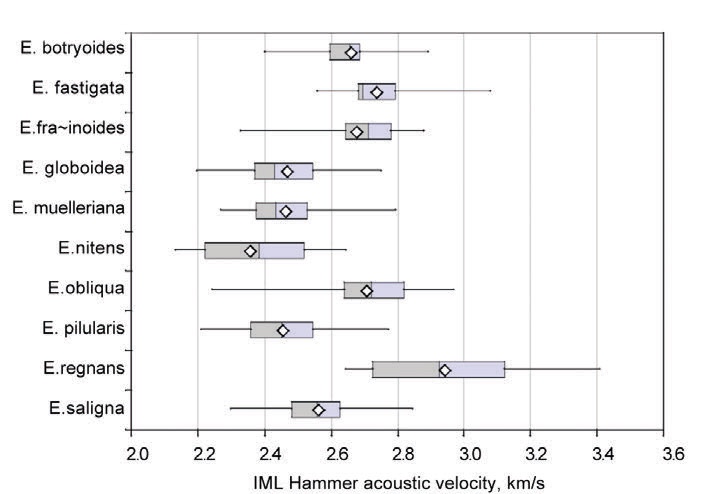 The control of the Paropsis charybdis beetle on E. nitens, following the release of a parasitoid wasp in 1987, may explain the better growth of the E. nitens trees in this trial. Other trials showed much slower growth of E. nitens compared with E. fastigata and E. regnans, before control of Paropsis. Leaf loss on E.saligna caused by the pathogen Phytophthora captiosa, and more recently by the insects Ophelimus eucalypti and Cardiaspina fiscella, may explain the slower growth compared with earlier trials of this species.

Comparison with other sites showed the wood density was high for E. fastigata and low for E. saligna in this trial. The E. fastigata trees were grown from a seedlot collected from the Oakura stand in Taranaki, which has high wood density. This seedlot has shown higher wood density than other seedlots from New Zealand and Australian sources in a trial in Kaingaroa forest. The E. saligna in this trial had lower wood density than another similar aged stand in Rotoehu forest. The wood density of E. pilularis at Rotoehu forest was similar to re-growth of a similar age in New South Wales.

The results are from the work of Ruth McConnochie, Tony Shelbourne, Charlie Low and Ian Nicholas, and are made available by Future Forests Research Ltd. Trevor Jones is a scientist at Scion.