West of Hamilton, past the now closed Whatawhata research farm on the road to Raglan, is the Waitetuna Valley property of Mike Moss. We visited there on the fourth day of the conference on a warm clear Waikato day. The farm is made up of flood-prone flats and fragile hills dissected by many streams, drains and wetlands.

Mike and his family have long appreciated the worth of trees in farming and during the early 1990s planted 20 hectares of radiata pine and three hectares of Tasmanian blackwoods. The latter planting is incorporated into a large QEII protected block of native bush. Not content with this Mike started fencing of wetlands and waterways, initially for stock control but now with the realisation that water quality and flood control is also enhanced. 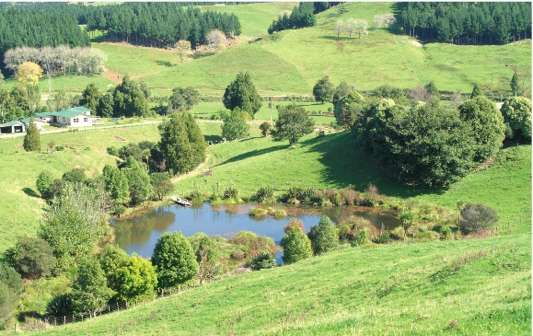 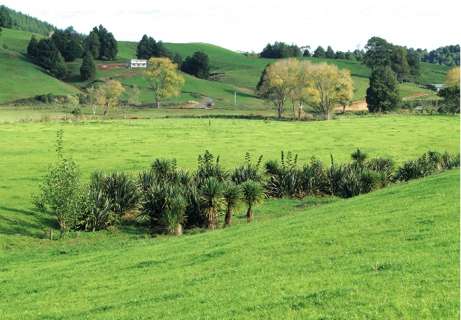 Economically it makes sense as well, with spending on cleaning drains greatly reduced and no losses of expensive stock in bogs. Three quarters of the 14 km of waterways and nine hectares of wetlands so protected have been planted with natives. These appeared to be well established and growing at a rate southerners can only envy, and all without the benefit of any release spray. Why no spraying? Because the 65 hectares have been certified organic for the past four years.

For two hours as he showed us around his farm, Mike explained the background and process of converting to organics and patiently fielded questions from a group that included its share of sceptics. Before going down the organic path in 2000, Mike had been trying to increase production using higher stocking rates, high inputs of urea and supplementary feed. The problem with this approach was that the increase in returns did not justify the higher cost of inputs. 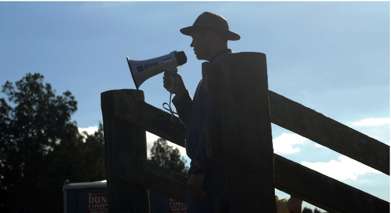 Secondly, the stress on the land, cows and farmers was unsustainable. So a system more in synchronisation with nature was sought and settled on.

The three year conversion period was the most difficult part as he developed the skills and knowledge required to operate an organic dairy farm. Cow numbers were dropped from 180 to 155 to provide for a buffer for seasonal shortfalls. Organic farmers cannot fall back on use of urea when spring is late arriving. Although production has dropped by 10% on pre conversion figures, this is more than compensated for by the 20% premium he is paid for the milk as well as reduced costs.

Animal health has improved markedly with bloat, facial eczema, and metabolic disorders rarely seen. Mastitis is the biggest challenge and when homeopathic or herbal remedies fail to cure it, antibiotics are used and the cow quarantined or sold. Mike is convinced that cows can self medicate if they are given the opportunity, and as well as providing shade and shelter in every paddock with plantings of paulownia, poplar, alder and oak, he is increasing the availability of flax. Cows seek this plant out to chew on as well as poplars and benefit greatly from the tannins and minerals ingested.

At the last stop on our farm tour Mike explained how he made and used compost. The parent material for this is dung and bark from the stand off pad. To this is added lime, elemental sulphur and chicken manure. The mixture is then turned and aerated in rows until no parent material is apparent and then applied to paddocks at a rate of about two tonne per hectare. Mike credits the use of the compost for increasing worm numbers from around15 per spade full to between 30 and 40. Lime and seaweed based fertilisers are also applied.

Mike is converting the breed of his herd to Swedish Reds as he has seen them farmed in Europe and considers them more suited to his organic system and possibly also to once a day milking. Surprising to some was the method of breeding â€“ artificial insemination, which Mike uses for the genetic gains it provides.

Although work on animal health is reduced Mike conceded weeds are more of a challenge under organics with much manual removal involved. With many paddocks too steep for mowing some thistles have to be tolerated. Blackberry and gorse are the most difficult weeds but a pine oil extract looks promising for their control.

The overall impression gained was of a farm well managed, with healthy contented stock and natural features protected and enhanced by a variety of plantings. Mike is convinced he has a farming system and lifestyle more balanced than before and in harmony with nature. And perhaps after our visit there will be a few more converts.