The gilded lily of Tuapeka West

The road to Mark and Marjorie Hay’s farm, called Glenayr Farm, is very inappropriately called Athenaeum Road. Athenaeum is one of those odd words borrowed from the Romans by the English, and taken back to the old country. The word persists in several English speaking countries to denote a place of learning, or a collection of books more commonly called a library. I saw no sign of a university or a library on the road, but then we did not travel its full length.

Reaching an altitude of 380 metres above sea level after a tortuous climb from the Clutha River ferry at Tuapeka Mouth, the four coaches disgorged us into a crystal clear cloudless day with spectacular views over the Blue Mountains of West Otago, the Lammermoor and Lammerlaw Ranges, and the Waitahuna Heights. As if that was not enough to take in, we were welcomed by Marjorie and Mark to their spacious garden featuring a wide variety of trees and shrubs, along with some strategically positioned objets d’art.

Herein, the lily was well and truly gilded, because the views of the wider landscape were spectacular enough, but the garden and sculptures were a delight to behold. The initial garden, with its manicured lawns and mix of trees and shrubs of different colour and form, contained the first real surprise. A neat pile of bleached deer antlers, framed by obelisk-shaped conifers, was admired by art-lovers and old hunters alike, but for different reasons. Marjorie had exercised her design skills to great effect.

Moving through from the more intensive garden to an open woodland setting, with mown tracks amongst longer grass, northern hemisphere hardwoods provided a sheltered environment for several other sculptures and structures. One was a rather stunning slab of schist which looked as though it had been strategically placed for the little people to dance around.

The shrill of the Marshall’s whistle called us back past more art and a beautifully landscaped house garden, filled with nature’s bounty. Across the road we were given a talk by Mark explaining the history and current management of Glenayr Farm, with its 103 hectares of exotic trees planted on a total farm area of 510 hectares.

Patrick Milne gave us the run-down on FSC certification and the small forest grower. Suffice to say that the scheme has drawn to a halt due to insufficient funds to develop the software needed to set up such a scheme.

Then we headed down through a patch of native replanting following the harvesting of a stand of eucalypts. The replanting was not a haphazard event, but had received the artistic touch. It was a reluctant climb back on the buses, not only because of the thought of the tortuous road ahead of us, but because we were leaving the gilded lily to its rightful owners. 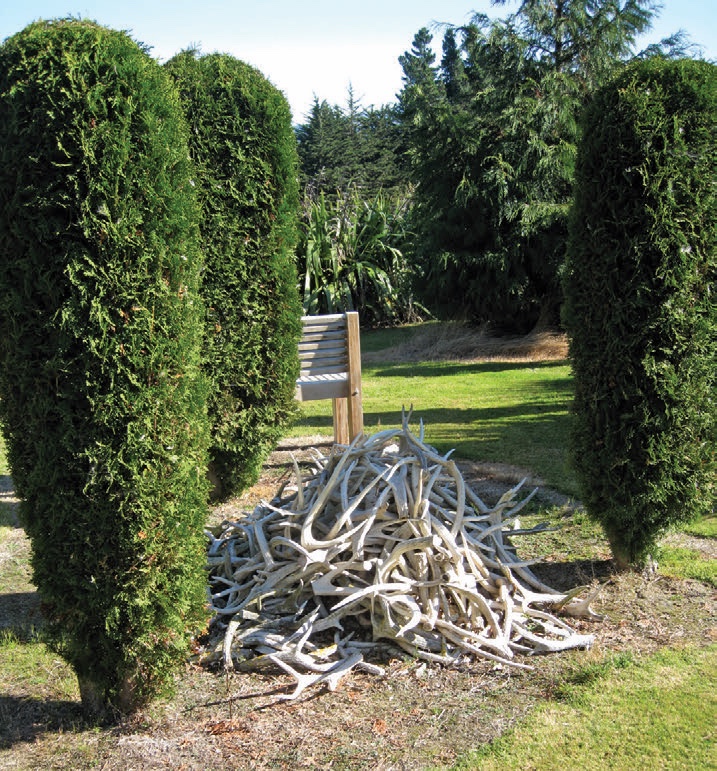 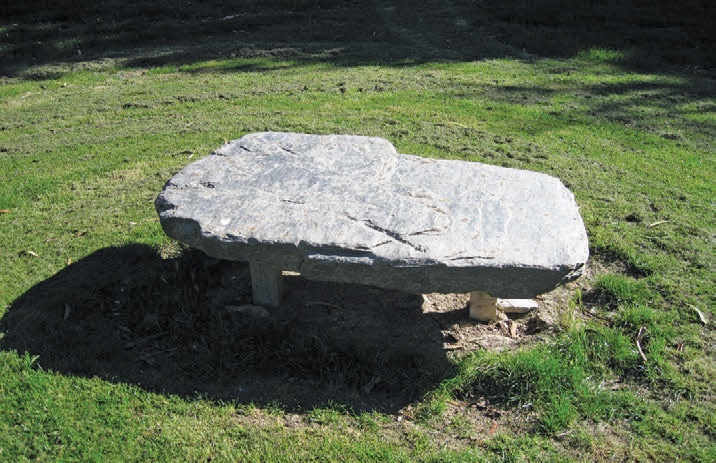 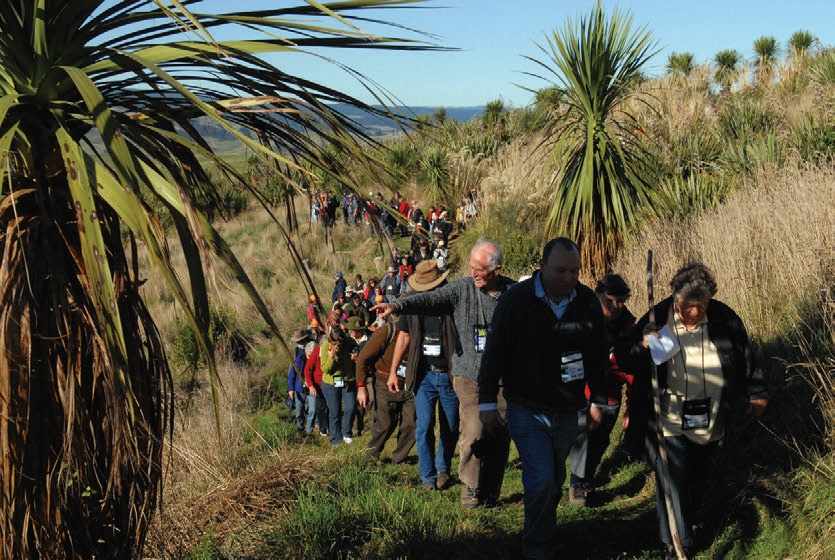 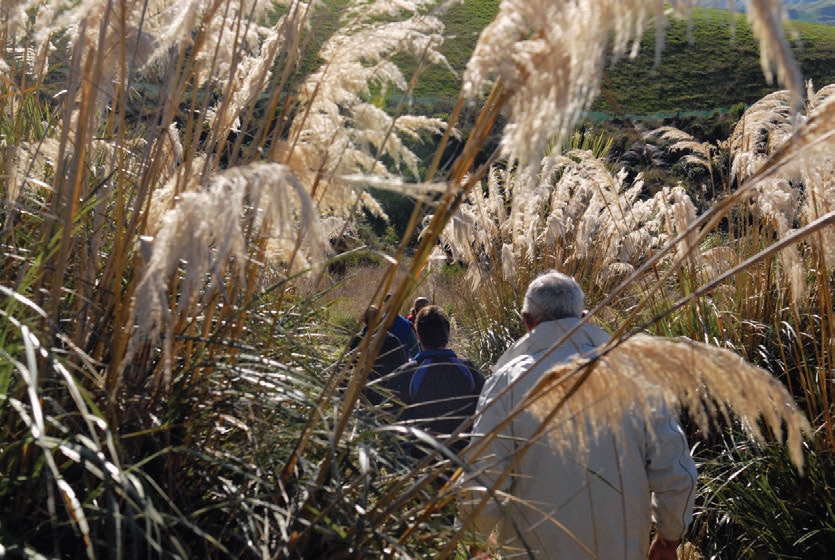