When I think about Ukraine's plight for freedom and the disinformation coming from the Russian propaganda machine, I am reminded of just how strong human belief is, and how easily this can be manipulated by spin.

Propaganda is also used by industry to influence the publics perception of that industry. Mainstream media is the platform of choice, and if the industry lobby can infiltrate this, the impartiality expected by the public can be reduced to a powerful weapon of influence. People tend to believe propaganda if it comes from a trusted source.

Nobody seems to deny the power of the agricultural lobby in New Zealand. The sphere of influence seems to be accepted without question by both politicians and the public. Agriculture is, after all, the backbone of the economy, with plantation forestry just a thorn in the side because it competes for land.

Lobbies exist to overcome opposition and divide stakeholders into the "us and them". Beyond competing for land, the two key issues for land users are environmental sustainability and social responsibility. Agricultural lobbies such as Beef & Lamb, Groundswell Aotearoa and 50-Shades of Green like to play their trump card, that providing food overhadows all else, including environmental sustainability. The anti-forestry ploy is simply to condemn pines as evil. They destroy the soil and are ugly.

Combine the negative press that has villified pines, with an unwanted land use change from pasture to forest cover, and you have a story to tell on Country Calendar about a 2,400 hectare South Island farm called Hossack Downs. The story aired on TV1 in February, and, well... got me fired up.

The farm was presented to the viewer as requiring fire to control wilding pines, fire being the necessary tool to overcome adversity: 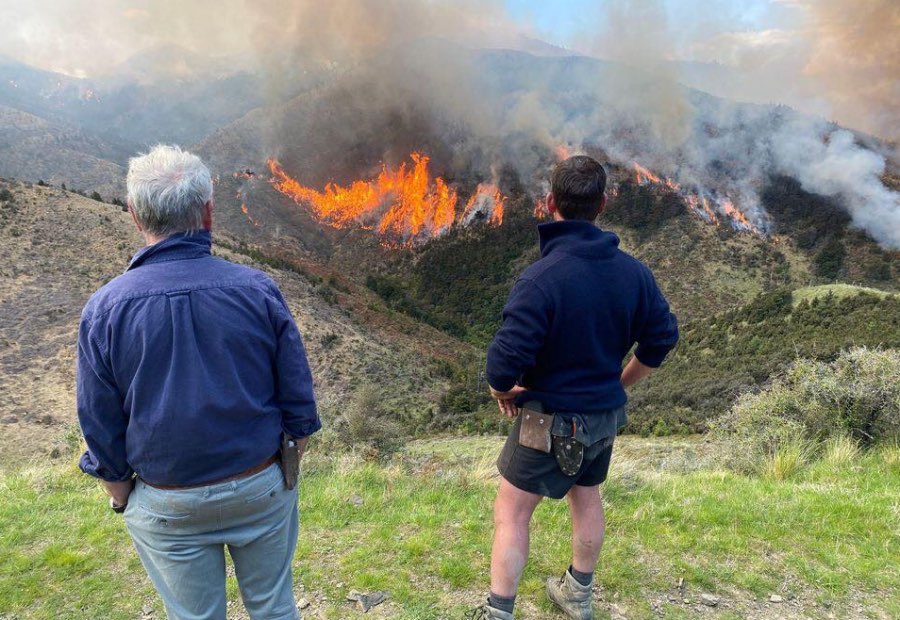 The reality is that this farm is using fire to clear mostly regenerating native scrub, specifically beech, kanuka and matagouri. The presence of wilding pines is the excuse for what might otherwise be labelled as environmental vandalism. From the amount of regenerating bush and scrub, clearly the land has been subject to neglect for some time.

Any good pastoral farmer knows that to retain a quality pasture, control of woody weeds should take place before they seed. Once that pesky forest cover has regenerated, its kind-of a wee bit late... unless all along you were intending to use fire to remove it again. Watching the show, I was thinking that maybe 2400 hectares is just too much land for one owner to manage properly. Rather than admit this, the show came across to me as asserting the right to burn large areas of land for the purpose of retaining the pastoral land use... "By burning this country, getting rid of the pines and getting productive pasture established just gives us the confidence that we're doing the right thing".

The claim supporting that action was that this is "good livestock country", therefore land use change was out of the question. Apparently nearly half the farm is "under threat by wilding pines". What I saw on the show was poor farm management practices on display, practices that allowed wilding pines to mature and generate seed in the midst of strong native regeneration: 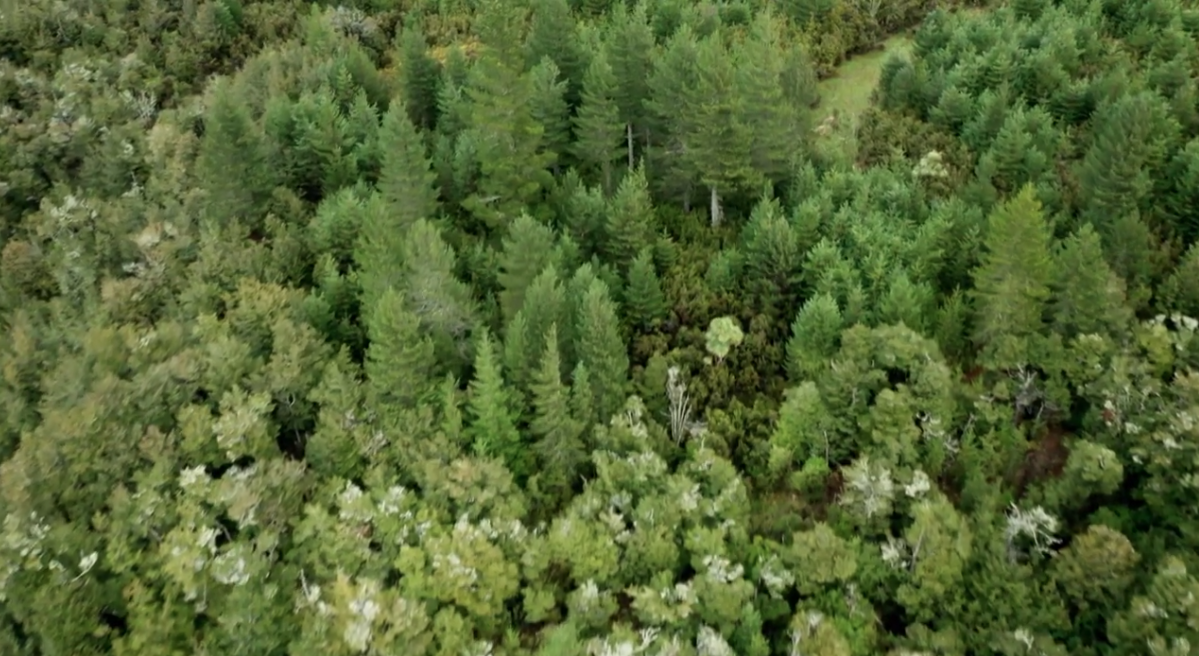 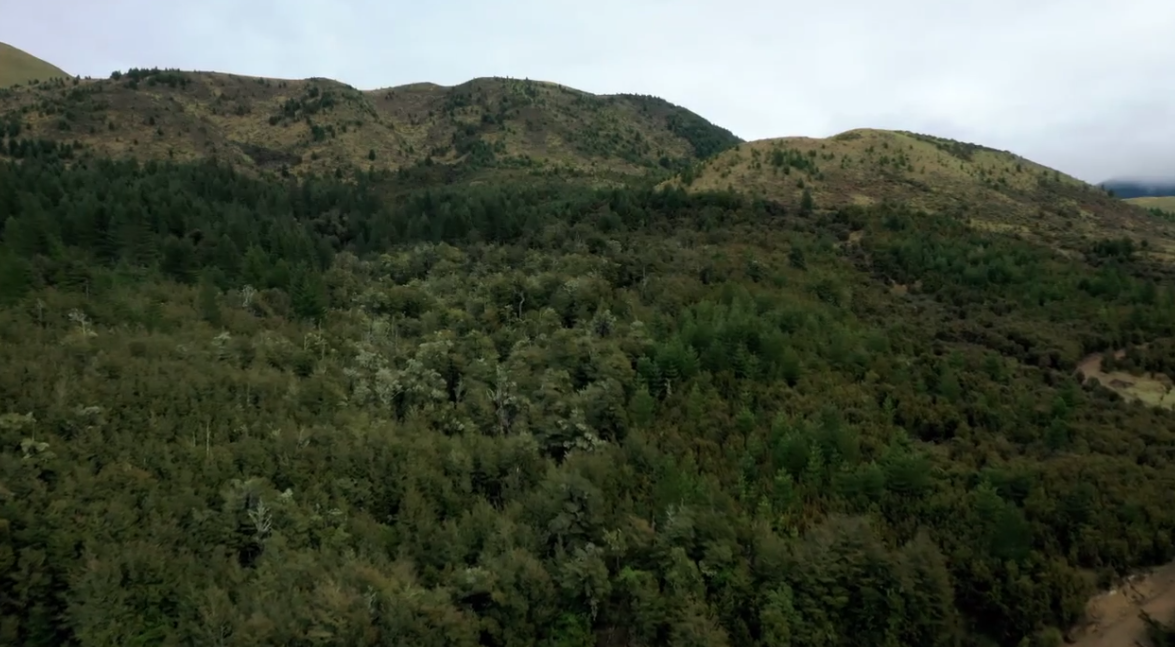 The claim was that the seed all came out of the Hamner forest, which isn't true. The reality is that whatever the original seed source was, these wilding pines aren't being managed, with seed production and spread being the consequence. Good practice would be to chemically thin the wilding pines amongst the native, to remove the seed source spreading into the pasture.

Fire in this case is simply a tool for generating wealth. This land owner knows that fire is the "best bang for your buck" for clearing land. Fire has always been used for this. Environmental consequences aside, what got to me was that the use of fire was justified to rid their land of pines. That was disinformation designed to excuse the practice so that environmental consequences could be overlooked. 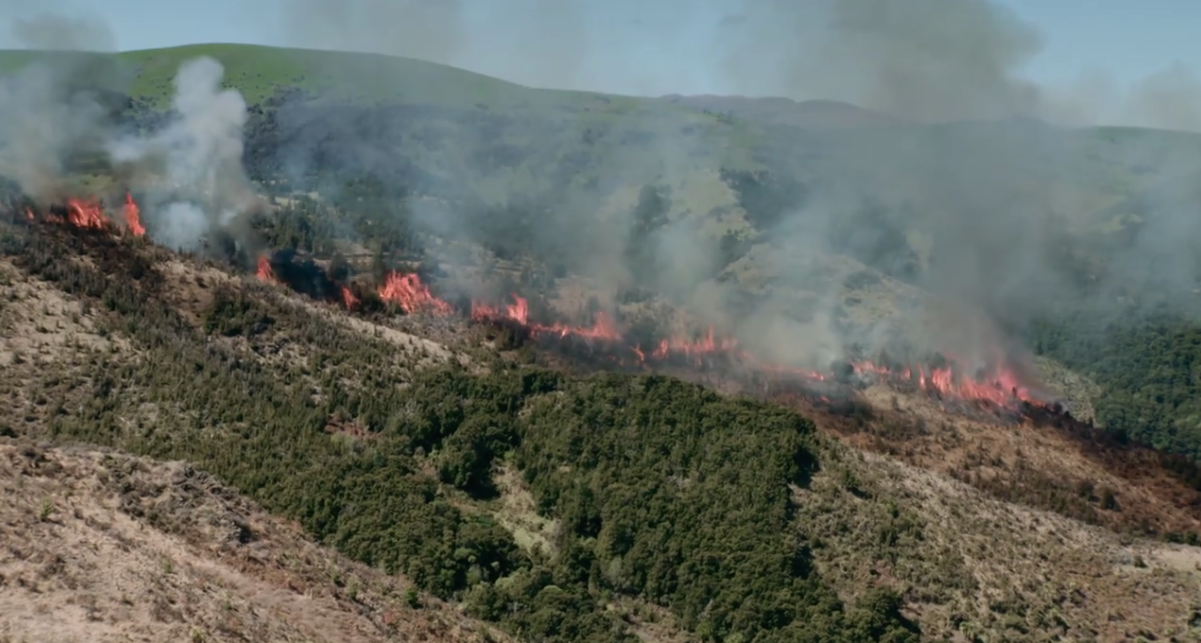 The cold, hard reality is that if the wilding pines weren't there, the farmer would still want to burn their land to control the kanuka, matagouri, tussock and regenerating beech. They just wouldn't advertise it over the television. The steep hill country in question will continue to regenerate into scrub and bush, and fire is the tool of choice to delay the inevitable. This is marginal country only because the ongoing cost of fighting woody weeds eats into pastoral profits. In a few years they'll need to burn it again.

Please undertand that I'm not having a go at the use of fire for clearing land. I just don't like the narrative. The show could have instead provided objective commentary to inform the audience on the pros and cons of this practice.

Instead, to alleviate any niggling concerns among the believers, the land owner played the native card... "We have 24 hectares of bush we're looking at fencing off and keeping the stock out". Not that they have actually fenced off the last 24 hectares of bush in their 2,400 hectare land holding, they're just thinking about it. Their livestock have been browsing that bush for god knows how long, depleting the last remnant of biodiversity. While creating a pastoral biodiversity wasteland of exotic grasses and animals, somehow pines "are a real threat" to the vision of "native plants, native bush, native animals and restoring our land back to how it used to be". Sorry, but I don't buy the narrative that "wilding pines, if they get into this bush they have got the ability of taking over the native, you'll end up with a monoculture of trees, and it's not what we're after, you know, to protect biodiversity out here". That is just confirmation bias. 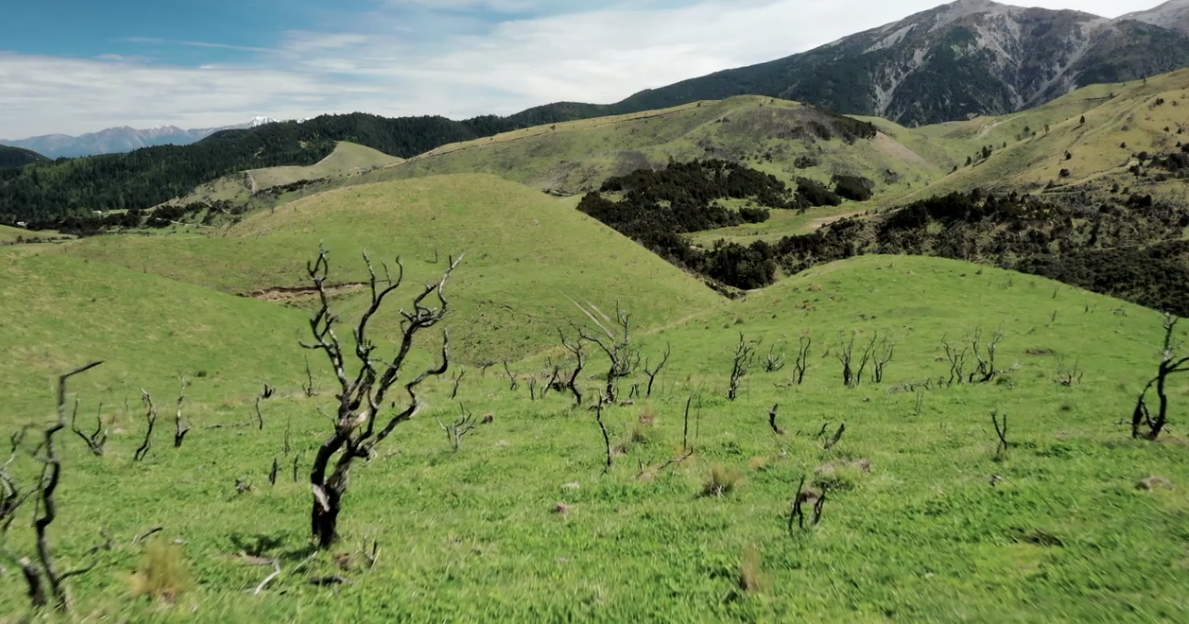 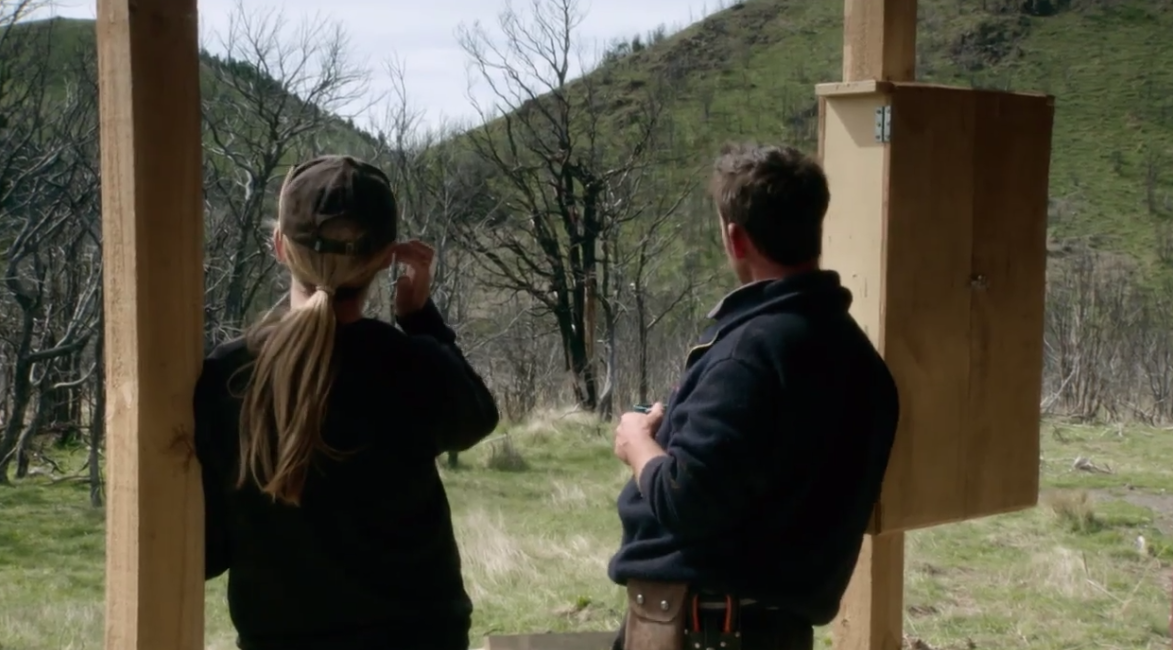 These scorched trees weren't pines. To my eye they look like native beech.

Actually pines, like kanuka, are the coloniser. They come first, not later. A lesson in forest succession might be in order, pines don't take over the native, they just get there first. But propaganda is about belief, and once the general consensus is that "pines are horrible", the message that "we're killing pines" is worthy of the Country Calendar pulpit. Disciples flocked to the Country Calendar Facebook page with thoughtful comments like:

"It is so good to see how much the farmers care for their land by getting rid of the wilder Pines with burn offs."

"My mind is blown that you can get carbon credits for wilding pines, if we are not careful they will take hold of all of nz and there will be nothing left."

"All things green and have the word pine in them are poisonous to our land and need to be destroyed."

"This is what farming is all about, looking after both land and animals."

"Good to see some farmers fighting the pine tree trend! worst thing that has ever happened to this country! pine trees and the ETS!"

"Keep up the good work, great to see wilding pines being eliminated!" 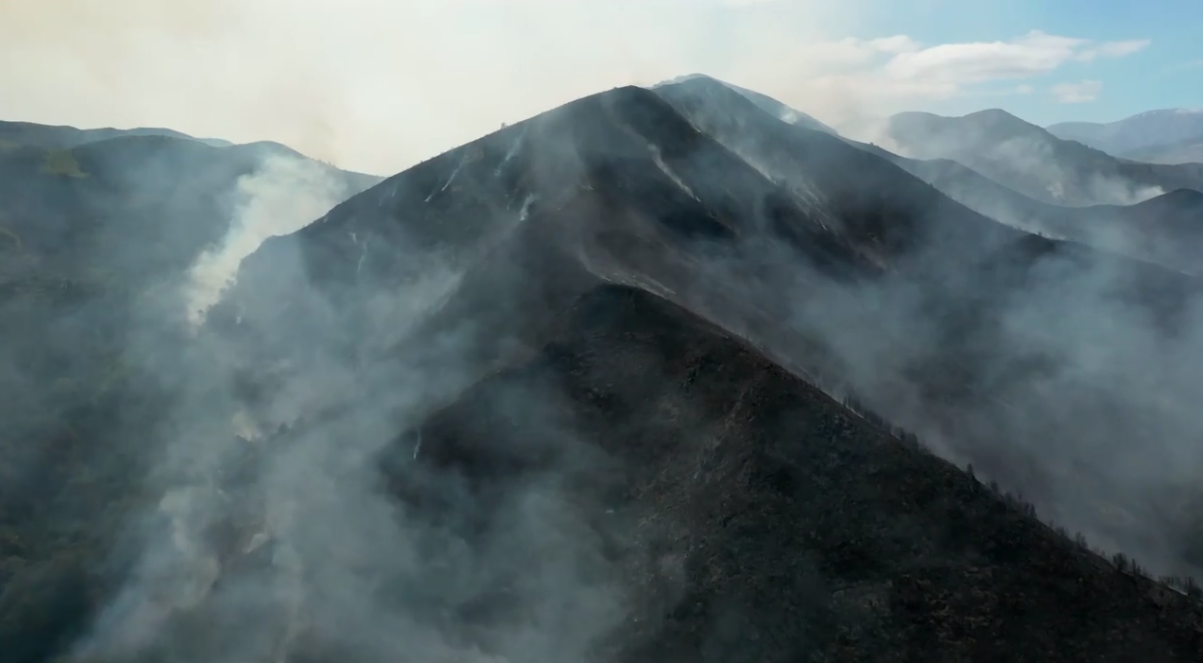 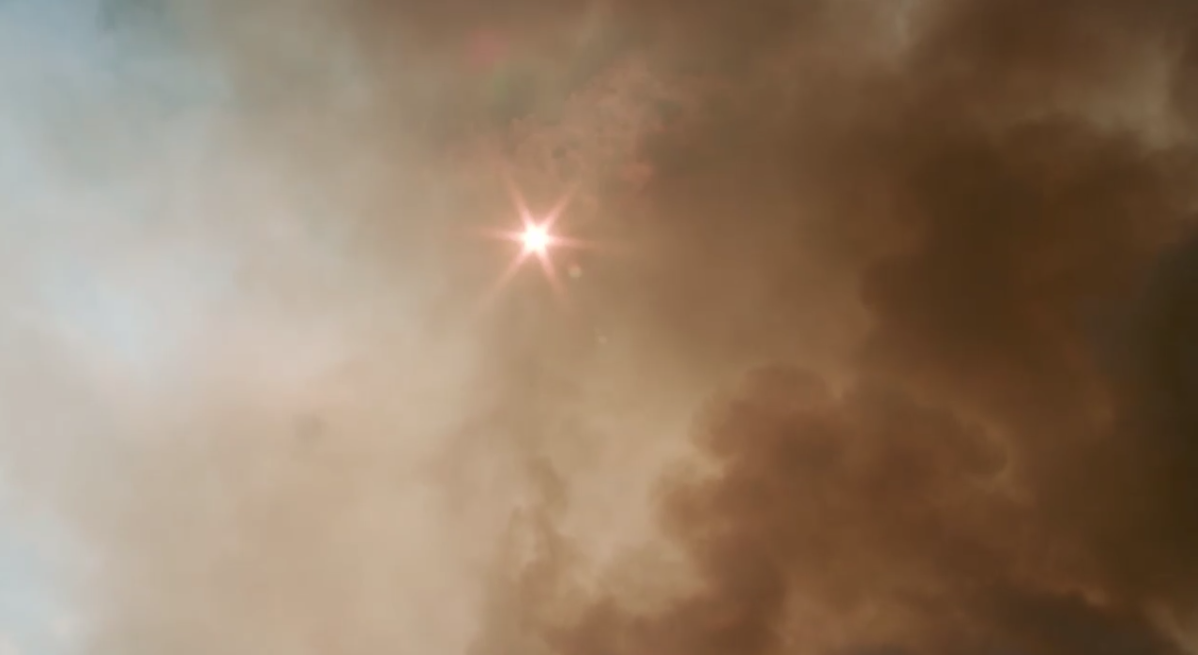 From the comments above, the disinformation campaign was a success. The show never touched on the wider issues that would otherwise inform the masses, because that's not how indoctrination works. The message from the pulpit:

"wilding pines are bit of an eyesore... they're not helping anyone really"

"We're killing pines and it's definiately worth doing"

"Since we've started using fire I can see real positives, I can see big wins" 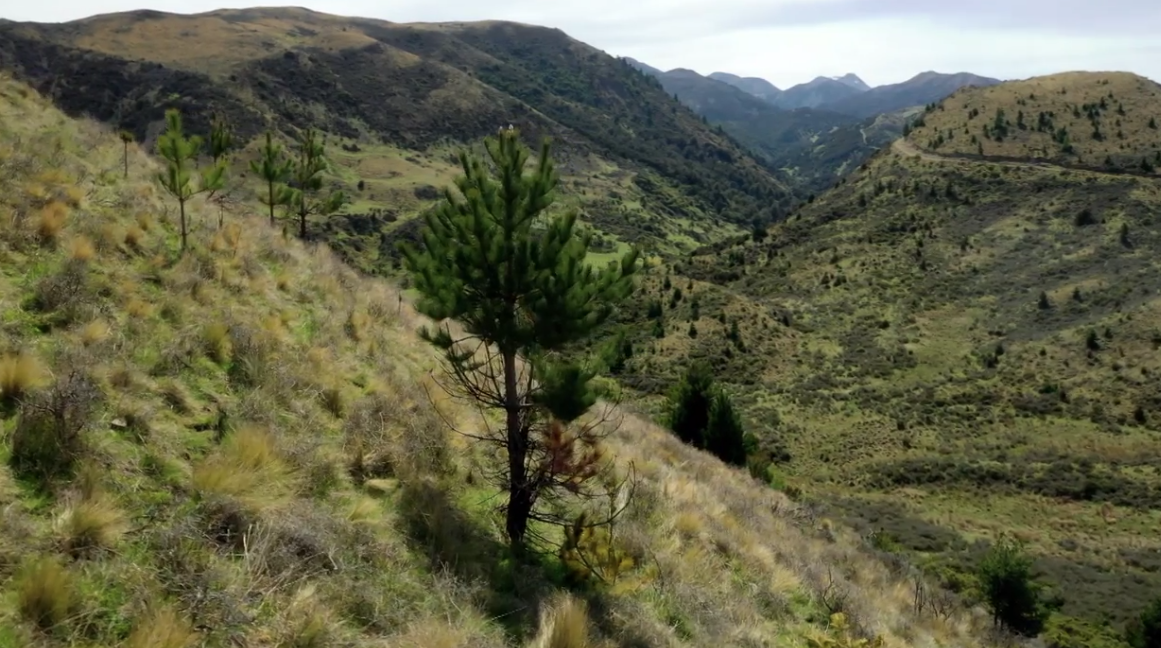 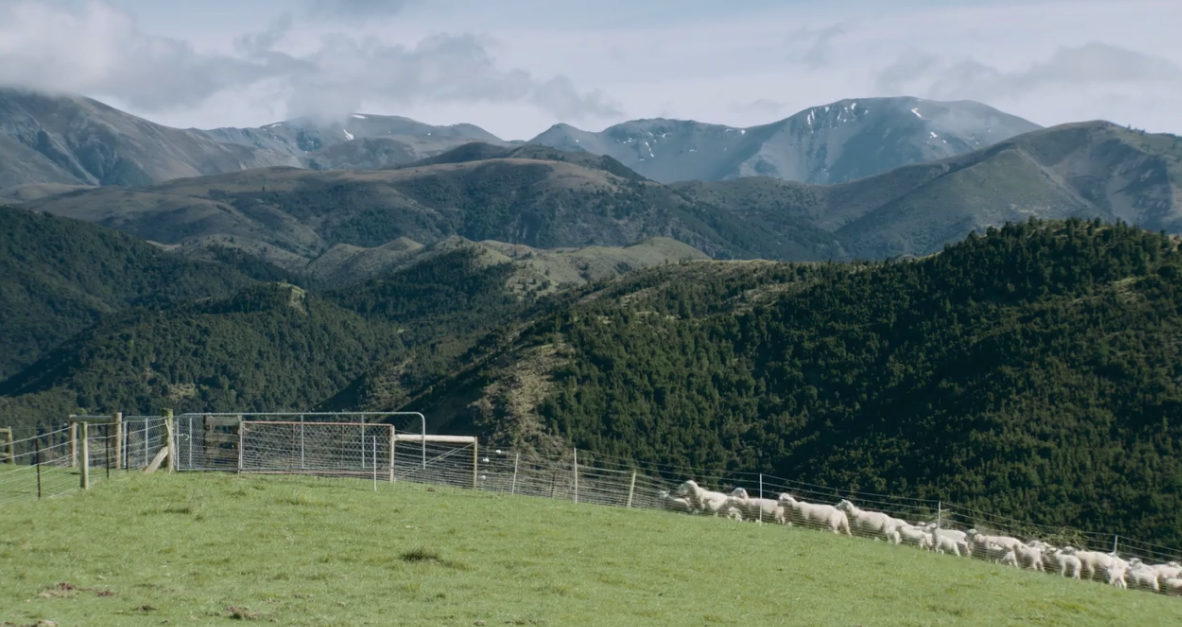