You are here: Home» Article archive» Recognition for Forestry's Highest Achievers in 2021.

Recognition for Forestry's Highest Achievers in 2021.

The New Zealand Institute of Forestry (NZIF) has announced the winners of its prestigious 2021 awards. In what has been an exceptionally volatile year for many, the forestry sector remains a significant contributor to the New Zealand economy.

NZIF President James Treadwell says the industry is working hard to benefit Aotearoa / New Zealand and New Zealanders, not only with significant returns to GDP but also to offer social benefits including carbon capture, recreation opportunities, clean water, biodiversity and general wellbeing. “We’re fortunate with our high-calibre industry professionals who set the standards for others to aspire to. The NZIF relishes the opportunity to celebrate with ‘the best of the best’ and to proudly champion the recipients of NZIF’s awards.”

This year’s recipient was acknowledged for their diverse range of skills and experience. From hard graft and commitment at grass roots level to high level policy planning and execution and academic leadership.

The NZ Forester of the Year award, which was presented in Wairarapa on Monday night by Minister Nash (Minister of Forestry) went to Paul Millen.

The NZIF Forester of the Year is a highly coveted prize which rewards a person for their outstanding contribution to the forestry sector throughout the year. Paul is described as a visionary with the ability to bridge both academic and industry
groups. He understands the science and can communicate this to people at all levels from professional foresters to tree enthusiasts. He has massive drive, energy, and capacity for work, and has made and will no doubt continue to make an outstanding contribution to the NZ forest industry.

The NZIF has also appointed a new Fellow, Murray Dudfield, particularly for his tireless work on rural fires over three decades. 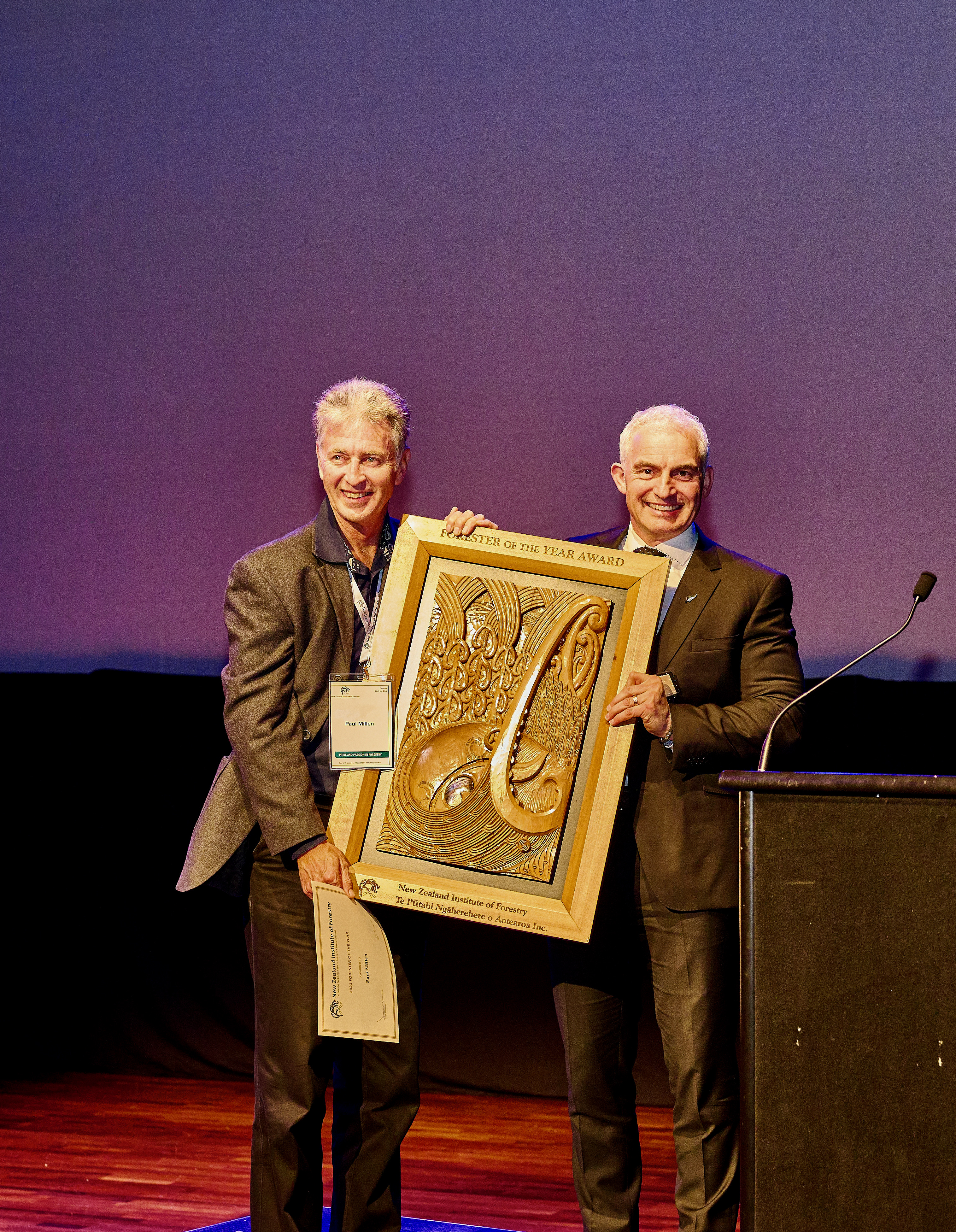