Discussion points for a meeting with Dr Rod Carr, Chairman of the Climate Change Commission

As a new item for my blog, I offer a briefing paper that Hamish levack, Egon Guttke and myself gave the Chairman of the Climate Change Commission prior to a meeting with him last week.  We covered a little more ground than this, but these were the highlights.

In October 2015 New Zealand finalised its NDC target of reducing greenhouse gas emissions to 30% below 2005 levels by 2030. The target is equivalent to an 11% decrease below 1990 levels and represents a progression on our target for the period to 2020 (which was -5%).

Accelerated afforestation and complete restocking after harvest will help New Zealand achieve this target. However in order to count, new forests have to be planted on grassland. Only farmers own grassland. To minimise social conflict, rather than sell that land for afforestation, the farmers should plant it themselves.

The NZ Farm Forestry Association represents people who have made this choice.

There are over 14,000 small forest owners in NZ with commercial forests of between 5 and 1,000 ha. Altogether they own around 500,000 ha, which is a third of the national estate. Roughly 200 large forest owners hold the balance.

Nationally our Association has over 1,400 fully paid members, but a much wider constituency. Our email list is over 3,500 and our postal addresses list is over 10,000 (roughly two thirds of all forest owners).

Most small forests were planted during a five-year window of speculation from 1992-1997 when export log prices were extraordinarily high. In general the owners all have day jobs, i.e. forestry is an investment rather than a primary activity or source of income. Their forests have few age classes; their knowledge of forestry is limited; and their demand for skills is sporadic.

In contrast, most large forests were first established before 1990 and are run by professionals as full time businesses. Consequently while the two types of forest owners have much in common, they are widely different. Their interests are further separated by the ETS, where small growers’ post-1989 forests can earn carbon credits but large growers’ pre-1990 forests cannot.

Because small forests were largely planted in one burst of activity in the 1990s their harvest is starting to create a ‘wall of wood’. Small growers are contributing an increasing share of the income of the Forest Growers Levy Trust. NZ Farm Forestry members represent these growers on the official committees that recommend how this industry levy is spent.

There are several important features about this ‘wall of wood’.

The national commercial forest area fell in the early 2000sreflecting land use change from forestry to pasture, mainly in Canterbury and the central North Island. New plantings by late 2018 totalled 9,100 ha, compared to 30,000 ha in 2001. The lowest point for new plantings was in 2009 with only 1,900 ha planted. The areais currently 5% down from its peak of 1.83 million hectares in 2003 and high land prices discourage further large-scale expansion.

Australia’s wild fires have implications for the increasingly warm and dry parts of New Zealand. In these areas the risk of fire on top of restrictions on land use by many Regional Councils discourages investment in both replanting and afforestation.

While members of the Farm Forestry Association and our wider constituency own and have the capacity to increase areas of native forest, this is typically ten times more expensive to successfully establish and twenty times slower to grow and fix carbon. 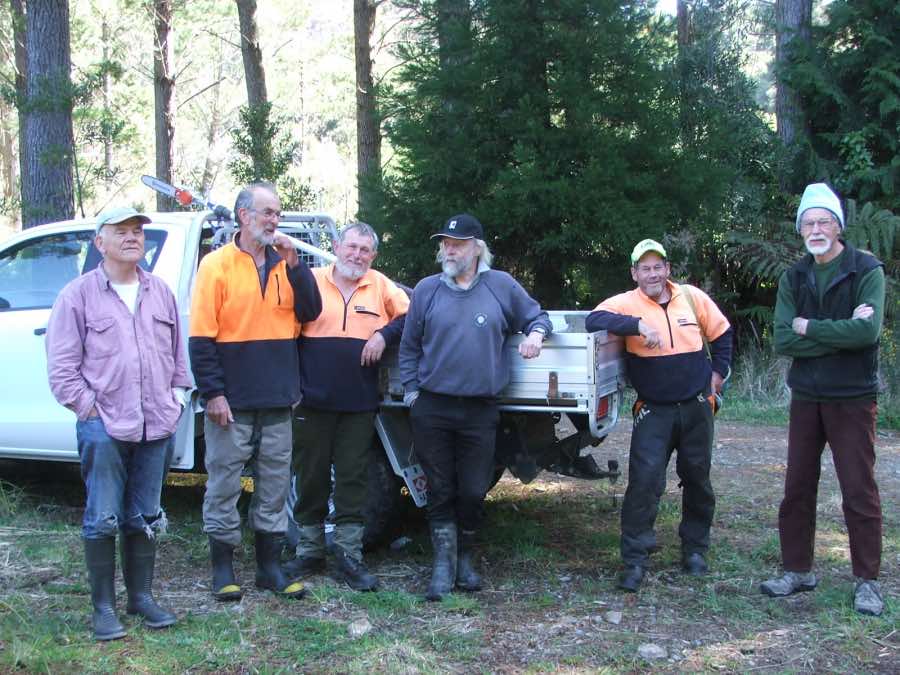