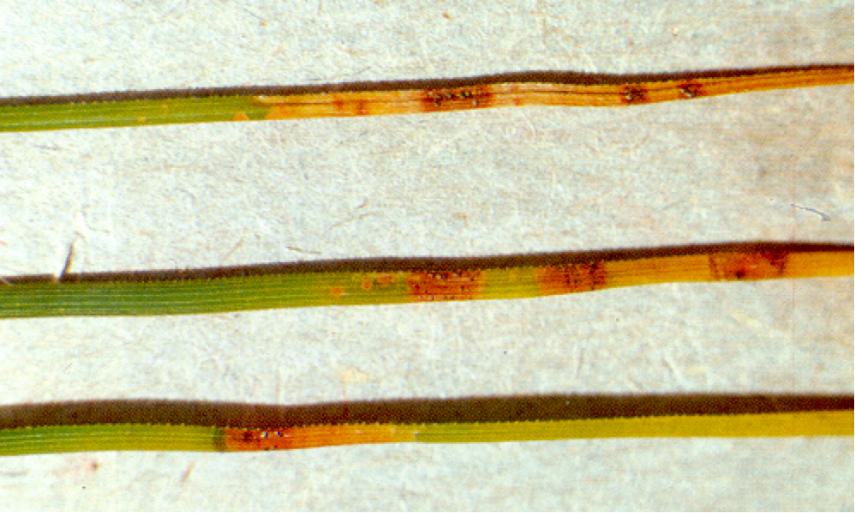 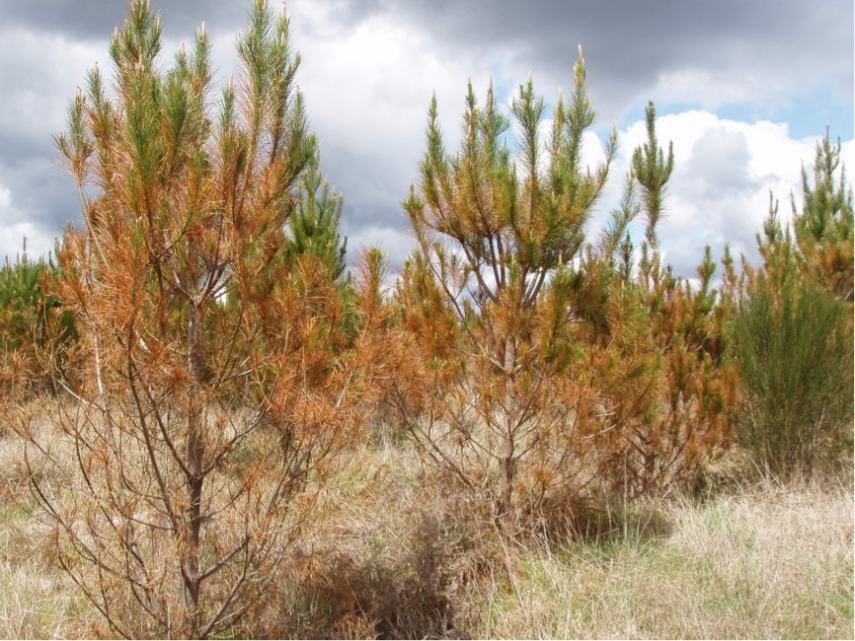 Disease is most severe on the parts of the tree nearest the ground and infection moves up the tree from there. Repeated defoliation will result in lower branches dying. Infection within a stand is uniform, with some tree to tree variation. 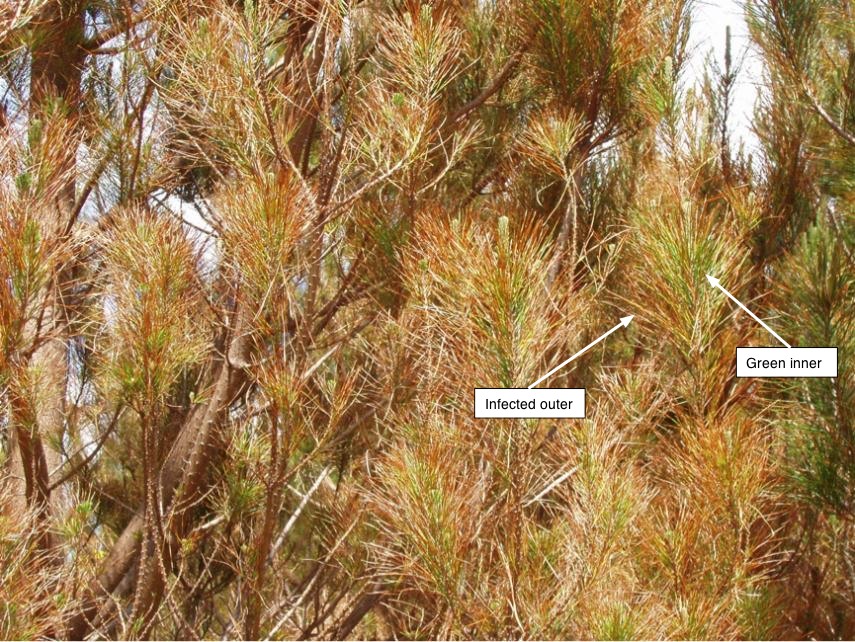 Heavily infected braches. Often Dothistroma displays a “halo” effect because the ends of needles are affected more than the inner parts which stay mainly green. 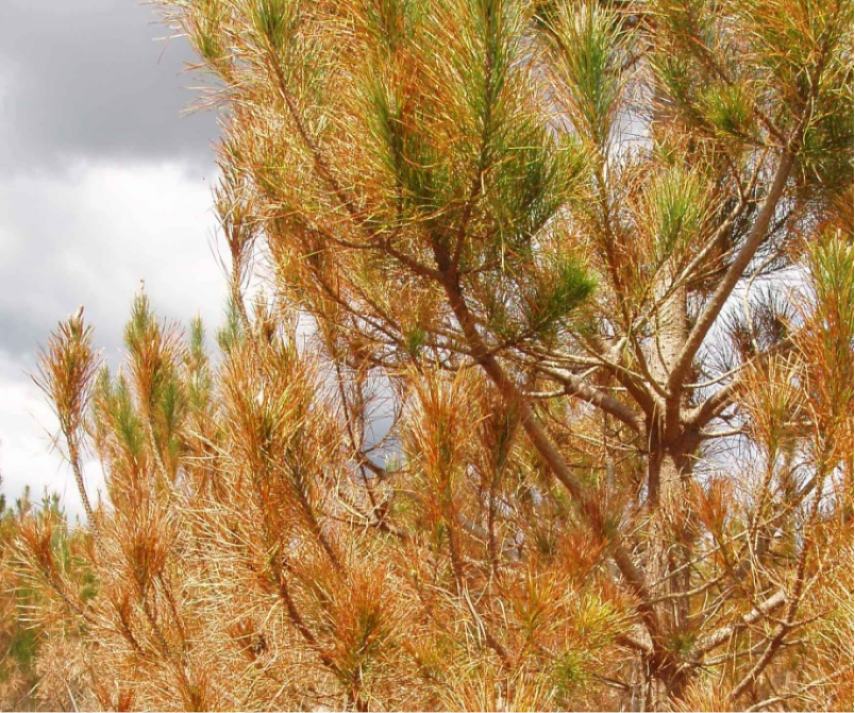 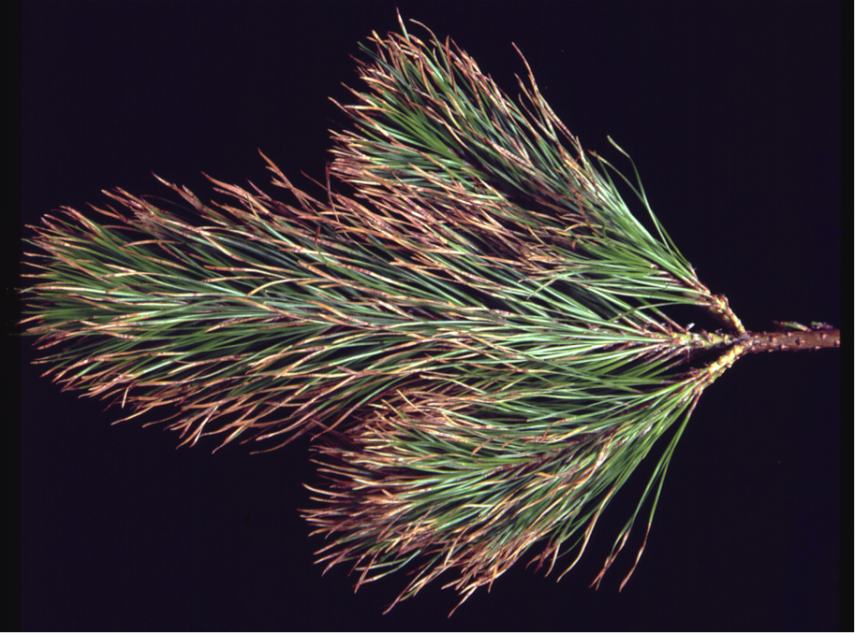 Typical infection on the distal part of the needles 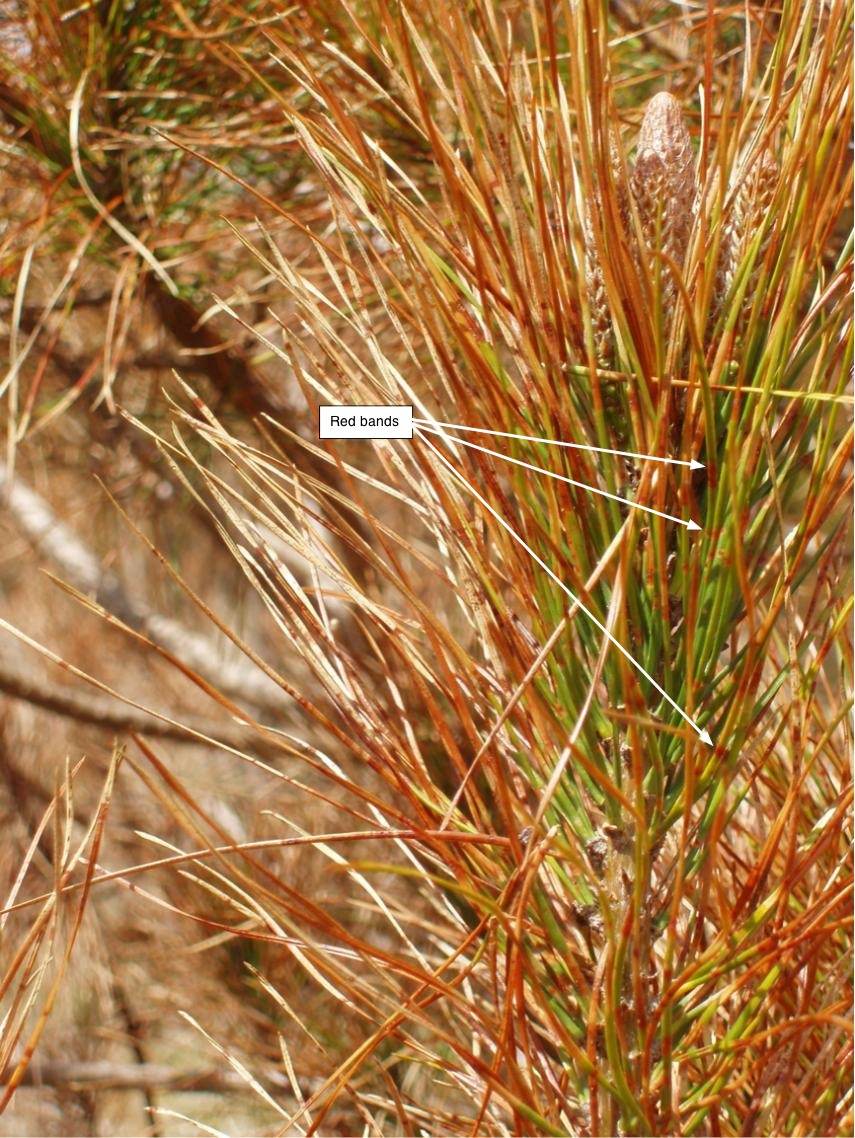 Red bands clearly visible (some are marked by black arrow). Needles on the left of the photo are showing advanced symptoms and have turned pale brown, but the red bands are still obvious. 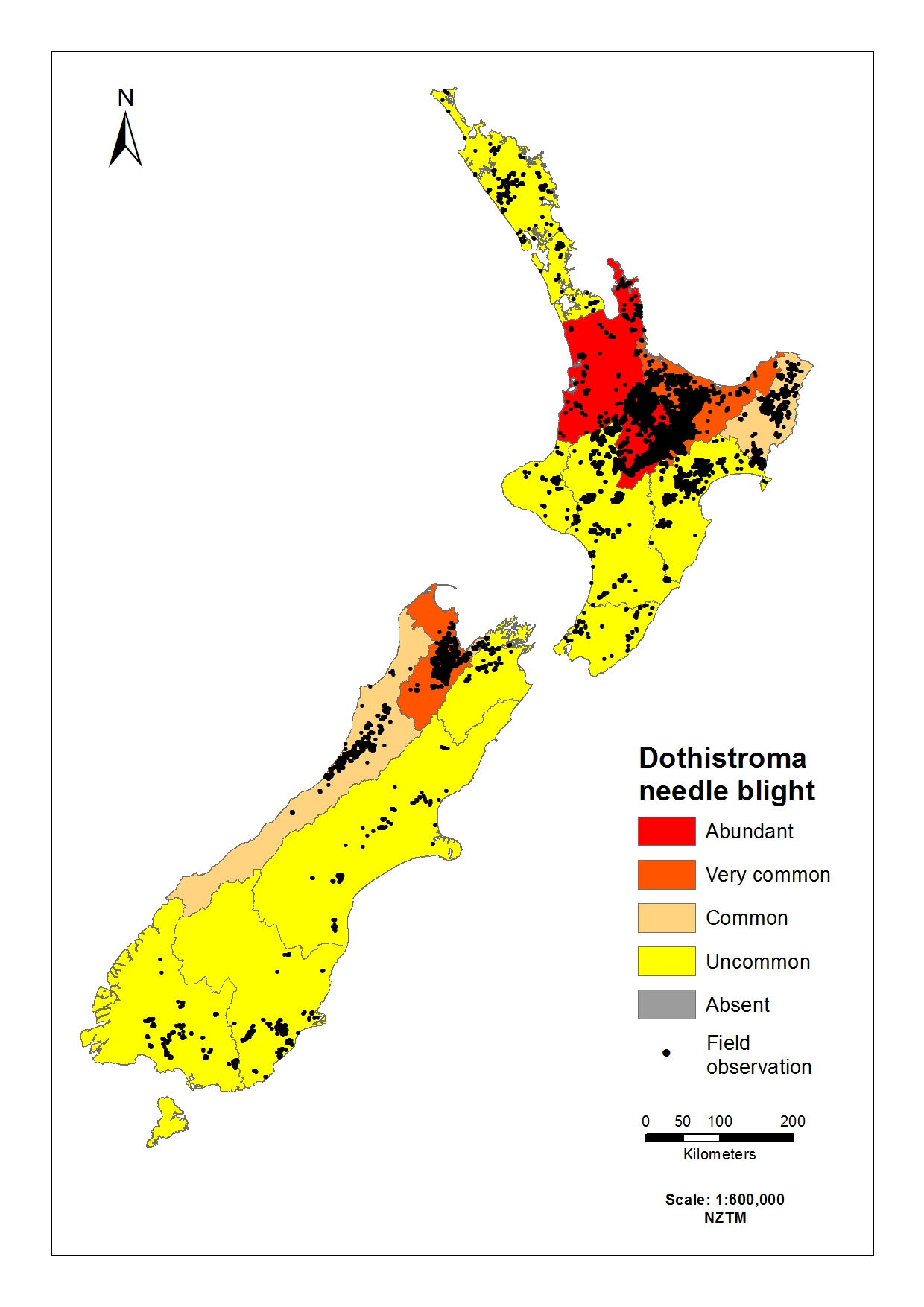