Forests were how it was when the first people came ashore. Across the ranges that border the great valley, on the rolling hill country in the east, and the steeper slopes of the Tararua Ranges to the west, a thick forest of mixed podocarp-broadleaf species, merging into beech on the high ridges. On the central plains, an extensive forest dominated by giant totara and kanuka. On the wetlands that spread eastward from the lakes, a rich diversity of species - high swamp forests of kahikatea, pukatea and matai, a mixture of sub-canopy species, and rushes, sedges and flax with an abundance of wildfowl.

When the Europeans moved in more than 500 years later, hungry for land and timber, and about to make their own impact on the landscape, the forests were already in retreat. The main culprit was fire. Oral history relates one event, early in the 17th century. It had been a hot dry summer. The kumara crops had failed. A group of fishermen were smoking eels near the lake, when a gust of wind from the north west scattered sparks into the trees, and within days the great totara forests in the central plains were destroyed. In the aftermath of the fire, the forest was replaced by grasses and scrub.

By 1850 the swamplands contained scattered remnants of swamp forest. There were also cabbage trees, and isolated totara, ribbonwood, lacebark, and kowhai, interspersed with turf plant communities, flaxes, and sedges.

The Wairarapa might appear designed for floods. A wide central valley narrows as a funnel into the lakes and river outlet. A sandbar extends across the river mouth, periodically closing, and causing the lake to rise by several metres and flow on to the wetlands, before breaking through to the sea. The wetland animals and plants were adapted to the wide fluctuations in water levels, and Maori had strategies to deal with it. But for the new settlers, predictability which meant flood control, was essential. 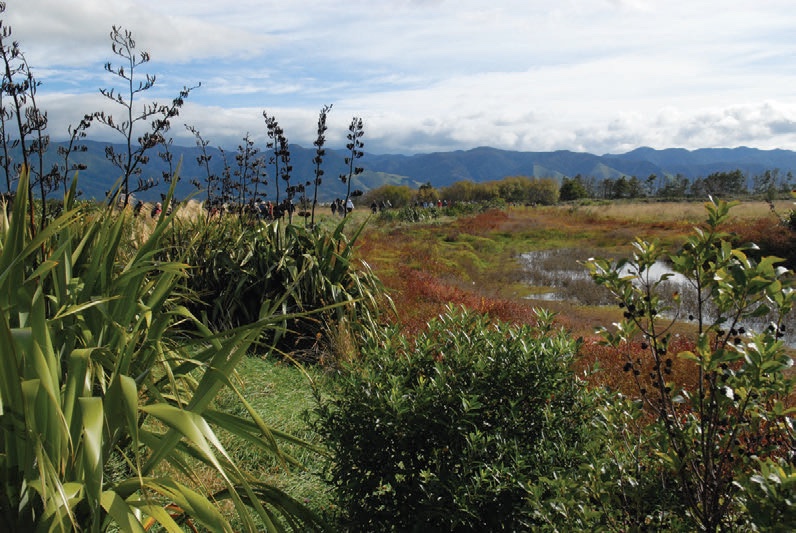 After the great flood of 1947 the Wairarapa Catchment Board was formed. In a major engineering project completed by 1974, the Ruamahanga River was diverted from the lake, and the lake outlet was controlled by massive barrage gates.

During our lunch break we watched an old documentary. Produced in about 1975, it celebrated the completion of the project. The film reflected the conventions of that time. Authenticity demanded a commentary delivered in the reverential tones of a BBC-style announcer, male of course, and with full orchestral accompaniment. It also reflected a prevailing attitude − the concept of nature as an impediment to progress, deserving to be confronted and wrestled into submission. Forests are there to be cleared, and swamps to be drained and converted into productive farmland. 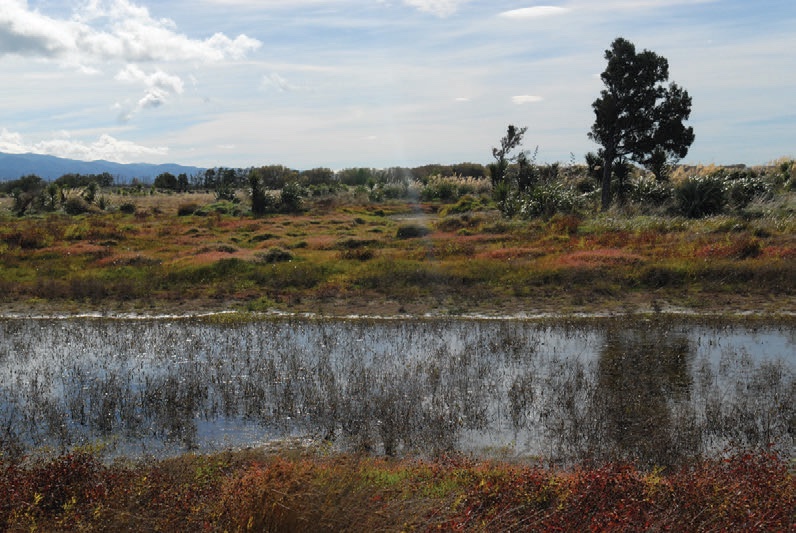 With the floods now under control, the scene was set for further land reclamation. By 1975, more than half the Wairarapa wetlands had been drained and converted to pasture. Several thousand further hectares, comprising lake bed and swamps on the eastern shore, were targeted for reclamation, and an elaborate polder system designed to contain the lake water was planned.

Within 10 years the scheme had been abandoned. By the 1980s, the environmental movement had gathered strength and a sea-change had occurred in the public attitude to wetlands. They were no longer seen as an inconvenience, but as a vital component of our natural world. The Wairoa wetlands, a 270 hectare site adjacent to the lake, came under the control of the Department of Conservation with a view to eventual restoration. In the meantime they were leased for cattle grazing.

In 2005, Ducks Unlimited approached the Department of Conservation with a proposal to jointly restore the Wairoa wetlands. Initial negotiations were edgy, but later developed into a harmonious relationship. If an arrangement between a group who shoot ducks and another who hug trees might seem an unholy alliance it is worth noting that some notable naturalists − Charles Darwin, for example, or the great Aldo Leopold, the American pioneer of the conservation ethic − were both devoted to their shotguns.

In a stirring presentation, Jim Low of Ducks Unlimited outlined for us the vision of the restoration programme which is to −

Tongue in cheek, Jim suggested that Ducks Unlimited might be better described as sustainable harvesters of aquatic wildfowl.

The team has no illusions about the problem ahead. The site has been substantially modified by attempts at drainage and by weed invasions. The environment is harsh, subject to periodic floods, summer droughts, and strong winds. Water levels will need control to support both permanent and ephemeral wetlands. A series of dams will be constructed, and water inflow from the lake regulated. This may need to be supplemented by bore water.

Invasive weeds will need long-term management. A long list includes crack willow, alder, hawthorn, gorse and many grasses. Across the fence, a wall to wall carpet of blackberry lies in wait.

Financial constraints mean that the planting programme will extend over many years. Species will be carefully matched to site. A series of parallel ridges resulting from the windrowing of willows will be intersected to create islands, and it is hoped that plants established on these will spread. At present the team is planting 2,000 seedlings a year. Predator control will need constant vigilance.

This is a long-term project which will extend over decades. It is hoped that Wairio will link up with further wetland restoration along the eastern border of the lake, and eventually be accepted as an internationally protected Ramsar site.

We were left with a conviction that it will succeed. What will ensure its success is the passion, expertise and commitment of the whole team ably led by the ‘sustainable harvesters’. 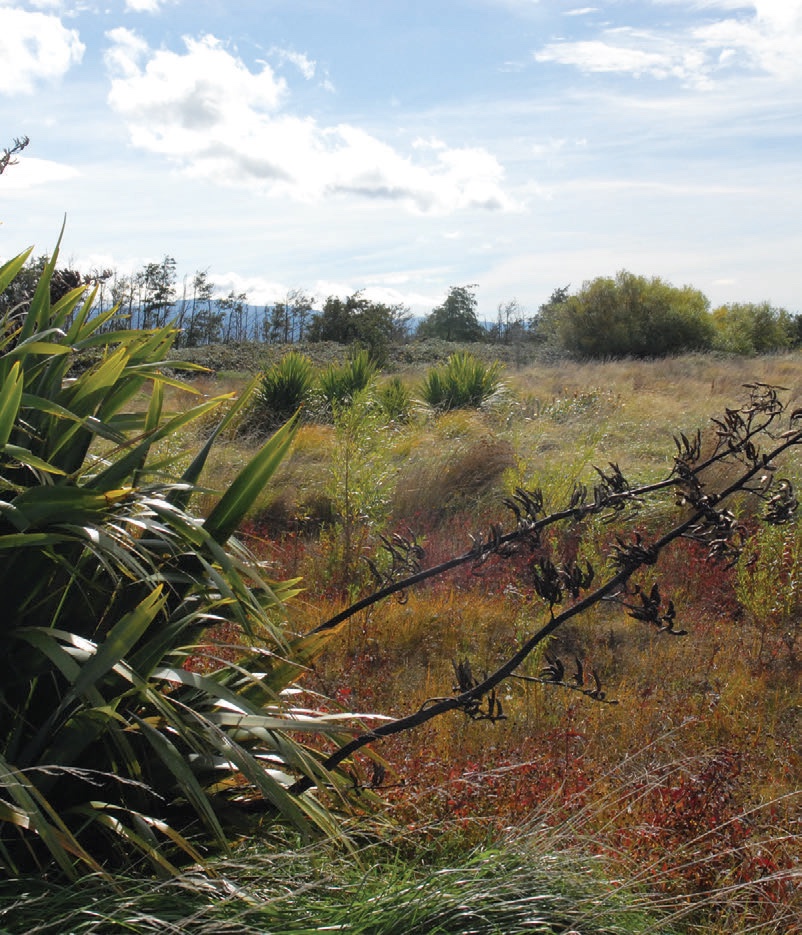